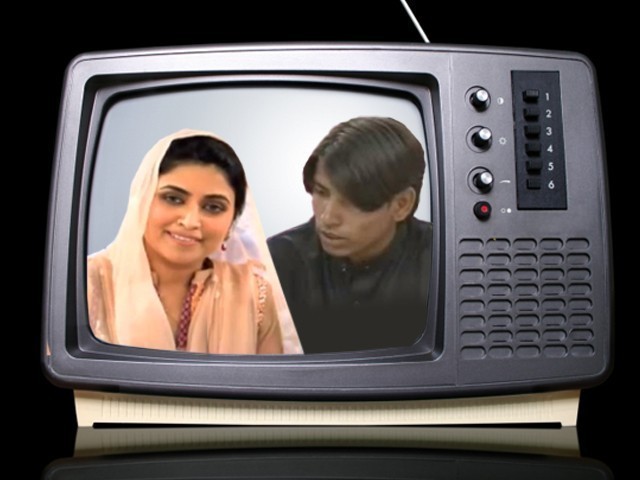 Sunil converting to Islam was perfectly legal, but what if a born Muslim wants to convert to another faith? Why is that illegal under Pakistani law?

Many publications have rightly pointed out that the televised conversion of a Hindu man named Sunil to Islam was an act that was incredibly insensitive to religious minorities in a country where forced conversions and abductions are far too common. But I have a far deeper problem with just the act of televising it. My problem is with the social attitudes among the majority of Pakistani Muslims that make televising such vile programmes profitable.

Let us start with the people who were part of the studio audience. Most of these are part of the urban middle class of this country and likely have a better education than the average Pakistani. They seemed rather delighted at what they were witnessing and eagerly suggested “Muslim” names for the young man. I have two major problems with this.

The first is this: being happy about somebody converting to Islam means that you fundamentally believe that the person’s previous religion is inferior to Islam. Here is my question to all those Muslims who get excited about religious conversions: how much do you know about other religions of the world? How much do you know about your own religion? Do you even know why you are Muslim?

The answers “because I was born one” or “because it is the right religion” were the same ones that the pagan Arabs gave to the Prophet Muhammad (PBUH) when they tried to justify why they rejected Islam and continued with their old faith.

Incidentally, most people are probably unaware of where the tradition of changing names comes from. Most people who converted to Islam during the Prophet’s time were not asked to change their names, only those whose names were explicitly linked to other gods. It started when a man named Abdul Uzzah al-Juhani converted to Islam and the Prophet asked him to change his name to Abdullah, since Uzzah was the name of a pagan Arab god.

“Sunil” means “dark blue colour”. Going by Prophetic tradition, there was no need to change the man’s name. But of course, most of the audience did not know that because they do not know why they are Muslim, just that they are and somehow that is a good thing.

It is funny how some misguided Muslims malign pagan cultures, but fail to remember that making a spectacle of denigrating other religions is something that we get from the most famous of all pagan cultures: Rome, which made a habit of feeding Christians to animals for the entertainment of the crowd at the Coliseum.

This brings me to my second problem: how a lot of fundamentalist Muslims are utterly convinced of the superiority of Islam – and seek legal codification of that superiority in Pakistan – while demanding equal treatment in other countries. Sunil converting to Islam was perfectly legal, but what if a born Muslim wants to convert to another faith? Why is that illegal under Pakistani law?

Religion, at the end of the day, is not your identity. It is a set of ideas about morality that you hold. Like any other set of ideas, it is just an opinion and deserves no special treatment compared to any of your other opinions. It should be protected under freedom of expression, but not much else. And like any opinion, people should be free to change it as they please, no matter what religion they were born into.