Using IT for good governance 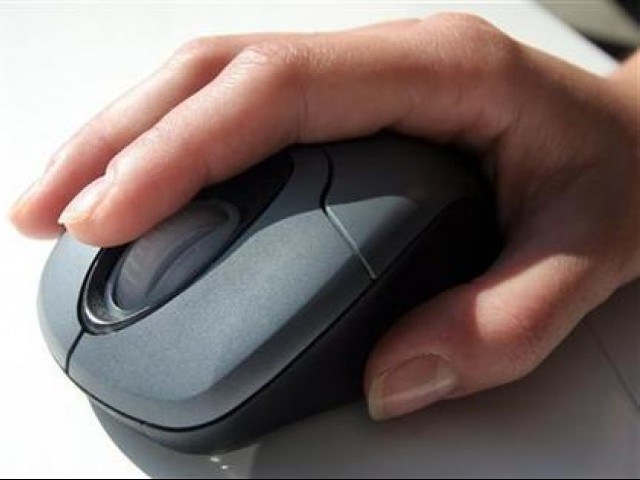 Since hand-written data is very easily to manipulate and distort, there should be computerised storage of records. PHOTO: REUTERS

A few years ago my elder sister and I went to Islamabad to the Higher Education Commission (HEC) to get her degrees attested. It was a scorching hot day and I remember sitting on a bench outside a small office awaiting our turn to meet the attestation officer.

After three hours of waiting, our turn finally came and a grumpy old man handed my sister a few forms to fill. These forms were to be submitted at another window along with the attestation fee receipt which was to be obtained from a bank across the HEC building. After spending half a day of waiting in queues, we were able to submit all the documents only to find out that the attested documents will be returned three weeks later.

My experience, on the other hand, was completely different when I went to get my educational degrees attested. All I had to do was fill an online form from home, submit my degrees, and the attested documents were sent to my place via courier in a week’s time! The HEC now has an automated degree attestation system which holds a complete record of the degree holder. This is one of the ways in which e-government has brought transparency into the system while keeping the ease of access to citizens in mind.

It is important, however, to note here that these e-government initiatives are not just about communication technologies and systems. These initiatives essentially mean re-looking, redesigning, and constantly updating the government processes and work flows. They mean taking the power out of the hands of people and putting efficient, independent, bias-free systems in their place. At a local police station, for instance, all of the records are maintained manually. There are hand written logs of daily activities, hand filled FIR forms and files of criminal records. This hand-written data is very easily to manipulate and distort since it all falls under the Station House Officer (SHO). These SHOs are notorious for being corrupt and avaricious behaviour so it makes it impossible for an ordinary citizen to get his FIR lodged and followed up in a fair manner.

Let’s take another example where the system suffers at the hands of people with such discretionary powers; a land record officer in the local government is the lowest state functionary in the revenue collection system. The job of this officer, also known as ‘patwari’, mainly entails maintaining record of ownership of land. Agriculture being the largest sector of the economy of Pakistan with 22% contribution highlights the importance of these lands. With these lands being at the heart of agriculture, the land record officers enjoy a larger-than-life status in our country. Despite being at the lowest administrative level of the hierarchy in the government, the responsibility of documenting and enforcing land rights falls under his purview. Due to their primary base in rural areas where literary rates are low and so are the income levels, these officers can change land records to serve their own interests.

India has also initiated the National Knowledge Network to run in parallel with this state-wide network. This National Knowledge Network aims to connect all knowledge related institutions in the country through high speed data communication to facilitate knowledge sharing and collaborative research. This network will also link to agriculture, health, education sectors connected through e-governance initiatives in collaboration with the National Broadband Project. Imagine the impact of this kind of connectivity! These initiatives are the right step in taking IT to the common man to provide effective solutions to the problems of an ordinary citizen and ultimately enhance the trust of the public in the government.

Although Pakistan has been lagging behind in development initiatives it has now recognised the importance of e-governance and is on its way to launching some great projects to align government services with the changing needs of the citizens. Among some of the e-governance initiatives, the Police Record and Office Management System (PROMIS) and Lands Records Management and Information Systems (LRMIS) are two much needed and commendable IT solutions which can fundamentally change the way development is happening in this country. Through these projects the government is bringing change in two ways; it is proactively reaching out to the people to use their feedback and demands as a benchmark for the government departments and secondly, these systems are eliminating the need for depending on individuals and bureaucracies which seem to have existed to reap personal gains.

In a country like Pakistan, where the right of a legal representation and a public trial are not enjoyed by all, it becomes critical to use technology to disrupt the systems of absolute power. E-governance can bring transparency, accountability and incorruptibility in the systems to improve effectiveness of public services and ultimately restore the trust of the people in their government which is the key to better public services hence a better Pakistan.

With all these new developments paving a way for a prosperous Pakistan, I believe that Eric Schmidt, in his recent visit to Pakistan rightly pointed out that Pakistan is well on its way to use connectivity, information and the internet to drive a peaceful revolution that will bring it up to its true potential.

The author works in an IT company. She loves to take pictures, and is an avid reader. She blogs at adealerinreflections.blogspot.com and Tweets @sara_azeem.