Your wife or your life: Are we inspired by Shakespeare? 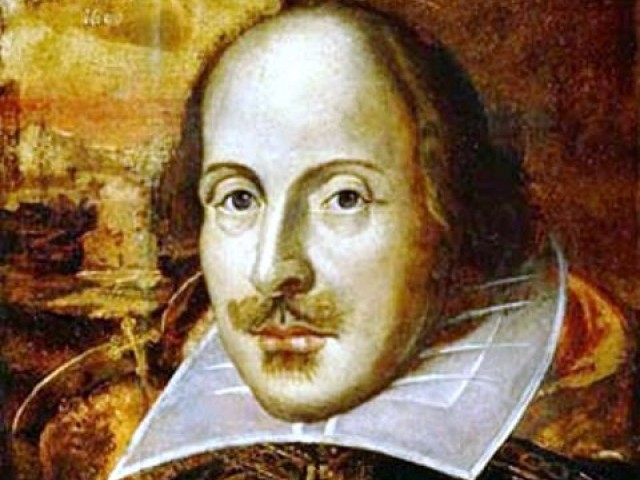 Maybe the people of Pakistan are inspired by Shakespeare. They revel in deceit, treachery and murder.

Maybe the people of Pakistan are inspired by Shakespeare.

They revel in deceit, treachery and murder.

A land filled with misogynist men who lose their wives over games of chance and then sit in the itekaaf  to seek repentance for their sins.

A plague grows over fossilised tablets, slowly gnawing at every bit of cultural history known to mankind.

Perhaps, there is a Shylock whose fetish for blood and flesh navigates his own moral compass.

Perhaps, there lives a Puck, who vends fluorescent potions on the street that claim to cure every remedy including “mardaana quwwat”.

A Viola dances in her prayers, her veil twirling and lifting around her feet to reveal her chained ankles.

Nerissa murmurs in guilt and pain as she waits outside a nursing home, helping her friend undergo a secret abortion.

Her husband Bassanio spends his nights under a shady underpass in Lyari, peddling his dreams to pay his debts.

Prospero puts his last daughter on the market and commits suicide after he finds that she eloped a day before the wedding.

Iago and his wife make love to the chorus of a dying woman’s lament.

The stock exchange is livid with the power and anguish of the Rialto.

The people in Pakistan are macabre because they are content with the fabric of their blithe existence.

Even though they pray and fast and choose the most expensive packages for pilgrimage, they refuse to believe in God.

Maybe the people of Pakistan have not even heard of Shakespeare.

But then, what’s their excuse?

A chronic workaholic currently interning at a renowned multinational, a filmmaker, a writer, an avid reader, a movie critic and a caffeine addict, Zuhair tweets as @zuhayrmerchant