Zarmeen’s story: On giving the poor a chance 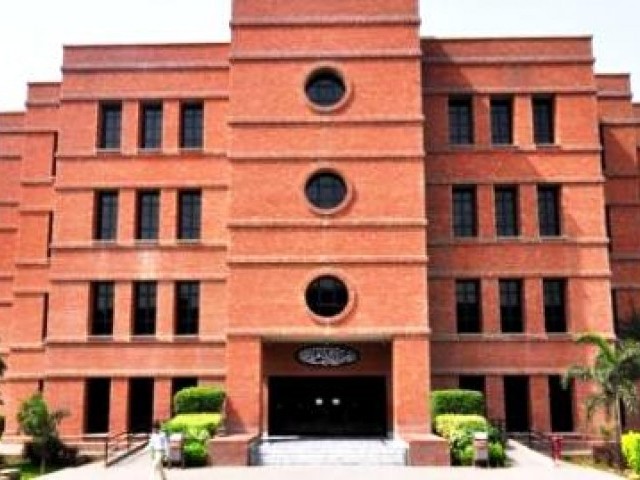 Zarmeen has been given a chance to earn a full scholarship for studying to the joy of her father - a guard at Lums. PHOTO: LUMS WEBSITE

In an age and country where material and financial resources reign supreme in most aspects of existence and the masses strive to barely fulfil the basic necessities of life, the heart-warming story of Zarmeen is truly uplifting for spirits.  This young girl has been given a chance to earn a full scholarship for studying much to the joy of her father who is a guard at the Lahore University of Management Sciences (Lums) itself!

“Finally there was a letter from Lums which said that my daughter had been selected for the National Outreach Programme (NOP),” related a beaming Akhtar about his daughter.

Other than a poor girl getting the chance to study, Zarmeen’s account includes another angle to it – one that relates to a social perception and the class that isn’t affluent.

If there is something that may just be globally undisputed, it is the desire of all parents for a prosperous future for their children.

In Pakistan though, there is often the persistence of a generalisation that the ambitions of parents belonging to the lower class for their offspring, are maximum at marriage for females and a job for males, owing to their mindset.

Despite not being wealthy nor lettered, Akhar’s insistence and efforts for getting his daughter enrolled for trying for NOP has proven otherwise. It has shown people how this desire of parents remains regardless of class, status or economic position and how a father wants his daughter to succeed.

It should be clear by now, that not because of their lack of formal schooling or broad-mindedness, but for most of the people of the lower class, it’s the painful lack of economic reach to elevate their children more nearer to favourable circumstances and environments for excelling, that they are left stuck wheeling in the sad continuation of practices in their class: early marriage for daughters and menial jobs for sons.

After all, who would better want a comfortable and decent life for their progeny, than those who have toiled away their own?

A most important point in Zarmeen’s case is also the role of her father viewed from the lens of her sex. The lower echelons of society are widely believed to discourage education for females and opine that education should not be ‘wasted’ on them, but Akhtar has deviated from the perceived mentality and passage of decision for his daughter. It is hoped that his pleasant diversion from the conventional course would serve as an incentive for other fathers of his kind to take a step forward for the realisation of their daughters’ latent abilities, capabilities and the actualisation of their aspirations and ambitions, with the principle of gender equality of children at its core.

With 70% of the population as the youth bulge, the prospects for a better Pakistan through the utilisation of the youth’s potential is tremendous; but equally tremendous will have to be the endeavours for this utilisation for which initiatives like the National Outreach Program will be essential.

A report on the topic of youth bulges on the site of  Council on Foreign Relations (CFR), mentions pertinent points:

“A large proportion of young adults and a rapid rate of growth in the working-age population tend to exacerbate unemployment, prolong dependency on parents, diminish self-esteem and fuel frustrations,”

While this kind of frustration and competition for jobs do not directly fuel violence, they do increase the likelihood these unemployed youths will seek social and economic advancement by alternative, extralegal means.’

To avoid such a scenario – in a time where uniformity of the education system for ensuring creation of an equality of academic opportunity is not possible – the organised schemes and campaigns of the state, private institutions and influential individuals are pressing and pivotal. This will inevitably lead to more occupational opportunities for the youth and greater economic and creative productivity to channel for the society and country’s progress. Moreover, possibilities for social mobility (change in one’s social status compared to that he/she was born in or of his previous generation) might as well widen with this.

An extension of the privilege of education to those with lesser or no capacity to pursue it will always augur well for the youth and Pakistan.

Zarmeen Akhar is yet to give the exam that will decide whether she will become a part of the NOP or not, but her story has already spread much hope and one wishes her a hearty good luck; may this be just another inspiring Karrar Hussain Jaffar’s story in the making and may there be many more to come!