Are floods a reality check? 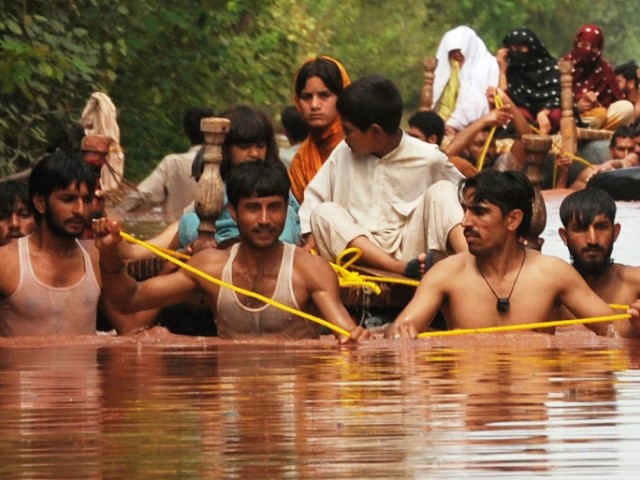 Flood victims are not a seperate nation. We will be impacted by the floods as well.

The eeriest moment is when someone tells you that the catastrophic flood is in fact a punishment sent for you. An article in the BBC discussed how a lot of people are debating just that question, that like the people of Saba who are mentioned in the Quran, a debilitating flood has been sent down to punish Pakistani people for their sins.

Putting aside such religious debates, the best we can do is realise that maybe this flood could be a much-needed reality check for us and could maybe help us to throw away the ‘them and us’ approach. Them, who are affected, us, who are not. It is high time we move away from such comforting dichotomies.

Them: They are suffering. But actually we are suffering because millions of livestock which make up half the agricultural output of the country is literally drowned and millions of acres of farmland came under water.

Them: They were the sinners. The fact that the spending of our elite has doubled as tax revenues have shrunk tells a different picture. According to the New York Times, while Pakistan’s income from taxes last year was the lowest in the country’s history, the assets of the current members of Parliament nearly doubled compared to the members of the previous Parliament.

Us:  Luck has sided with us, those not hit by the floods. But tragedies are occurring all over the country. We need to look at the two brothers brutally murdered in Sialkot, at the hundreds targeted in Karachi.

At the end of the day, given the frequency at which news of how low we can fall seems to pop up daily, whether through the media or even Facebook, it is time to extend a helping hand and realise our responsibilities. Because though this difficult period may hopefully end soon its effects will last much longer.

A graduate from the Lahore University of Management Sciences

Tainted trio: The glass is half full

Suicide – an easy practice in Pakistan?

Pakistani fans, battered by the bat

I am a global misfit