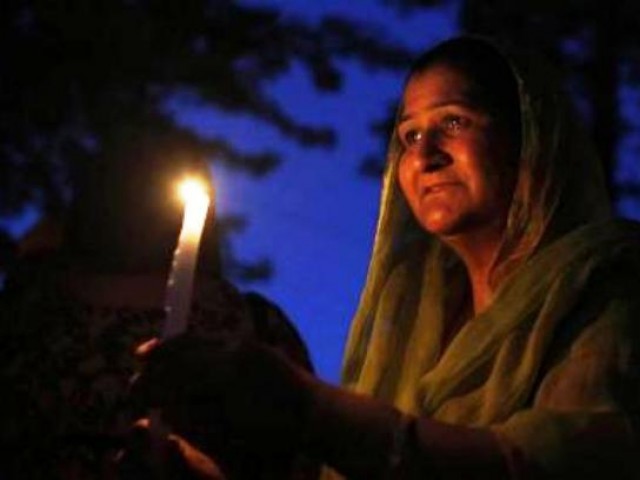 I peeked through the door and spied on my aunt,

She sat in the veranda with a face that was gaunt.

She swung the fan side to side, sulking in the heat,

And shouted for me to come sit by her seat.

I crept closer slowly as she muttered at the sun,

And asked her if she would like anything done.

After shaking hands in the air and crying where I was,

She told me to plug in the electric fan that was standing close.

There is no electricity since morning and none since noon”.

She foamed and raved, blowing out steam from her ears,

And demanded to know when this curse would disappear?

She chanted this slogan till I knew not what to do.

She told me not to stare but go fetch her some water,

At this I braced myself and told her, “Aunty, no electricity means no water“.

She ranted and fumed, nearly falling off her chair,

And screamed as if we had somehow found a way to hell.

Perplexed, I asked “Where you are off to, aunty, do tell?’

She said she would go, no doubt, to the market,

If I could only find her keys which must be in the basket.

At this I cleared my throat and told aunty she won’t get far,

It was not Thursday and there was no fuel in the car.

Then I covered my ears for the rambling I was expecting,

But she sighed and sat down, no more frustrated.

I thought this sight to be fairly strange,

When did aunty ever decide not to complain?

As the sun went down, she asked me to fetch a candle,

I lit one on the floor and watched it engulf the darkness.

Curiously I inquired, “Aunty, no more can you handle?”

But she answered instead, “Hope rises from the ashes”.

We watched the candle melt in the evening silence,

Inside me burned a question I could no longer fence.

“Aunty, would it be wise to leave the country forever?”

She looked up and said, “Leave Pakistan? Never ever.”

Having explored the subject of English Literature for the past 6 years, she mostly indulges in creative writing, searching for inspiration in books of gothic fiction, magical realism, spiritual themes, classic genres and enjoys being a cynical intellectual.