The day a beggar outshone me 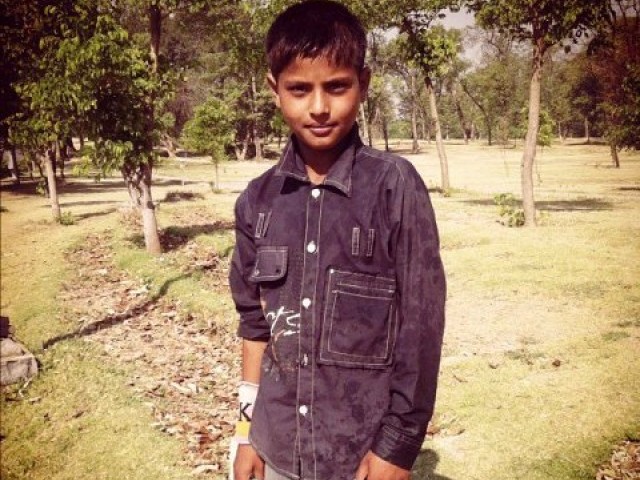 Considering the endless list of crises our country is presently going through; be it water, electricity or gas shortage, a child like Ali shines like a beacon of hope for all of us. PHOTO: AZFAR IMTIAZ

Recently, I witnessed an event, the consequence of which was the dawn of a significant realisation upon me. In itself, the event was not that remarkable or anything extraordinary, but it had far reaching implications.

One afternoon I found myself standing next to the Daman-e-Koh entrance, waiting for a friend. Being in Islamabad, in the month of July, and under 43 degrees Celsius of heat, naturally I was hot and agitated. Nearby, there was a broken pipe that had been gushing water like a fountain for over 45 minutes but nobody cared – this was before two visibly poor children arrived at the spot.

One of them immediately rushed to a nearby tree and started pulling off its branches. He started beckoning and shouting to his friends, asking them to help, maintaining that “paani zaya ho raha hai” (the water is being wasted). With their help, he stuffed the tree branches in the punctured pipe and stopped the water from further leaking, in turn preventing further wastage.

I stood aghast at my complete oblivion to the pipe and I was ashamed that a well-educated man like myself did nothing while these uneducated boys did what we all should have 45 minutes ago.

While on the surface, this incident may not seem to be particularly remarkable, it’s what this occurrence implies that is of paramount essence.

Consider Ali: A nine-year-old boy who belongs to the class of the many unfortunate people in Pakistan; those people who are devoid of the basic necessities of life. He makes his living by selling flowers to car drivers on the roads. He, out of all of us, suffers the brunt of all the crises Pakistan is going through. Still today, while others chose to simply look on and remain indulged in their apathy, Ali chose to care.

This small act of his just proved that he is aware of and cares about the fact that water is already a scarce commodity in our country and it should not be wasted. It showed that he cares about Pakistan; the country that has forced him to make a meagre living out of selling flowers in the sweltering heat.

His act of care and compassion puts the rest of us, including myself, to shame. Where we are oblivious to our surroundings, sleep in air-conditioned rooms, obtain foreign degrees, rant about all that is wrong with our country, Ali – who has neither education, nor a posh roof over his head – has more empathy towards our country’s situation than many of us put together ─ that, too, for a country that has failed him.

Considering the endless list of crises our country is presently going through – be it water, electricity or gas shortage – a child like Ali shines like a beacon of hope for all of us.

As long there exist people like Ali, who truly care for their homeland, you know your country is in safe hands.