Let us be known for our hospitality 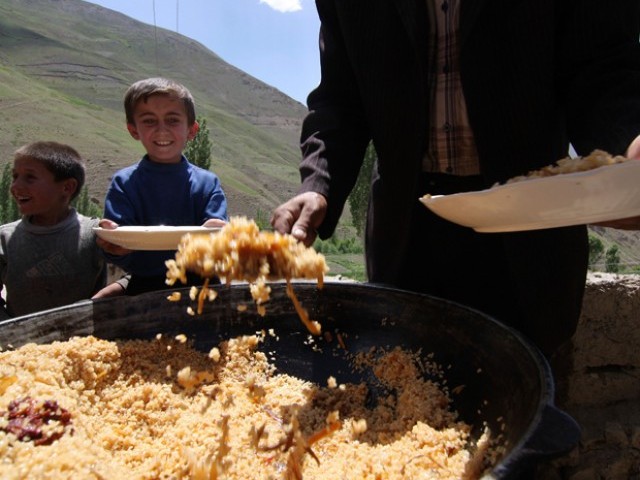 Pakistan is a lot more than what the world perceives it to be; we are kind, generous and hospitable people. PHOTO: REUTERS

Thanks to the world media, we are known around the globe by our various identifiers – some good, some not so good and some which are just plain wrong. We are cricket fanatics, extremists, terrorists, we even think that giving polio vaccine to our children will make them infertile!

Don’t even get me started on how the Indian media depicts us ─ that falls, without a shred of a doubt, in the ‘just-plain-wrong’ category.

Pakistan, however, is a lot more than what the world perceives it to be; Pakistanis are hospitable, kind and generous people.

Keep on reading and you might well agree with me later.

Back in the day, houses in villages didn’t have refrigerators (or electricity for that matter). So when they had to prepare food for the guests (read: chicken ─ guests must be fed chicken only) they would just grab a chicken from outside their house or borrow it from their neighbours, slaughter it right away and cook it then and there; easy and simple with a personal touch of warmth.

Let me share an incident which I remember my grandmother telling us. One day my grandmother went to see her new neighbours. She sat with the lady of the house and her daughter. They had tea, talked a little about village politics and the soaring dairy prices. Near lunch time the women got up and started to catch a hen right in front them. My grandmother asked the ladies to stop as it was unnecessary to slay the poor bird because she would not be staying for lunch anyway. When the hen was caught the elder woman turned and replied politely,

(Don’t worry, this is not for you. This is its time to lay eggs.)

I love this little story because it rightly shows how simple people in simpler times expressed hospitality in such simple ways. No formalities, no animations, no elaborate gestures of courtesy. Just plain good old humanity.

I once heard another story related by a relative about a traveller who was passing through a small village. Evening fell and he needed a place to stay. He knocked on a door and asked the resident if he could stay the night there. The house belonged to an old couple and they graciously agreed to let him in. They arranged his bedding and invited the traveller to have supper with them. Now, they were a traditional couple and wanted their guest to be as comfortable as possible. They offered  him everything they had in their kitchen to eat and he ate everything. Thinking that he might still be hungry, they asked their neighbours for food and he ate all of that as well!

Finally when he was full up to his nose, the couple asked him where he was heading. The traveller replied that he was aspiring to be a pehalwan (wrestler) and he was going to see this hakeem (physician) whose medicine might help to increase his appetite. The couple praised his ambition and requested him to take an alternative route on his way back.

Just recall the last time you were invited by someone to their home with your family. The traditional ‘takaluf ki koi zaroorat nahi hai’ announcement by your mother, and yet you are served with the samosas, chat, kebabs, drinks and everything they can afford and manage to get for you. Lets not forget the ever present insistence on staying for dinner by the host with such genuine intent.

Even outside the confinement of homes we can see this hospitality blooming. I remember many occasions when random shopkeepers invited me in to join them for lunch. I also remember breaking my fast with a truck driver when I couldn’t find transport back from school. All this goes on to show how giving and welcoming the Pakistani people are.

Yes, it is true that hospitality tends to evolve when communities evolve. It changes as families grow, towns expand and chicken prices soar. It is also dependent on our mood, our pocket and most importantly the person it is directed towards. Imagine that you have to entertain someone you are not particularly fond of. You will be saying the nicest things to their face, but in your head there will be a soliloquy explaining to you the merits of offering that person a cactus instead of a kebab (let’s say it is meant figuratively of course).

Regardless of the variables mentioned above that influence hospitality, I have rarely seen or experienced anything less that complete kindness from Pakistanis of all statures. Hospitality is a part of our culture; it is reflected in our traditions and is ingrained in our DNA. It’s a kind of thing we as people should be known for.

“Pakistan, where we make you feel welcome!” sounds way better than “Pakistan, where lynching is a national sport,” doesn’t it? The former is how we should be spoken of or thought of because it is just the truth.

A medical student at the Agha Khan University.