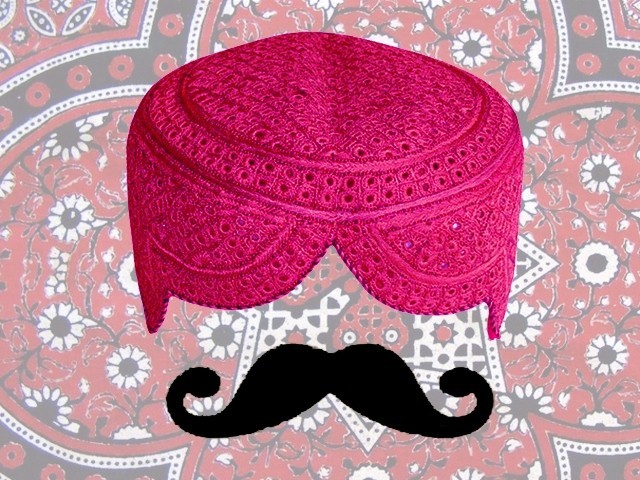 Maybe the fact that “Waderai ka Beta” is a catchy tune, or that my best friend happens to be a Sindhi, but for the first time in my life I don’t want to be a boring, confused, Mohajir. DESIGN: SIDRAH MOIZ/ANAM ALVI

A bunch of the loudest possible 15-year-olds had crowded a tiny fro-yo eatery. As one of them cracked a Pathan joke, on a table next to them, my four friends and I immediately turned our heads to gauge the reaction of our own Pathan friend.

“Dude, he just cracked a Pathan joke!” she yelled.

“Mashal, you’ve never even been up North and you know like five Pushto words. So calm down,” commented my Sindhi friend Noor.

But two minutes later, the same bunch cracked a Sindhi joke and suddenly, she stood up and all hell broke loose:

“Say that to my face jaahil!”

We couldn’t stop laughing at both girls’ hypersensitivity.

Ethnicity usually has no part to play in our lives, though we are quite a diverse group of friends: a Sindhi, a Pathan, a Memon, and a half-Mohajir-quarter-Punjabi-quarter-Pathan.  Rounding up this “Karachi only” mix of 18-year-olds’ is me – completely, boringly Urdu-speaking, or a Mohajir. That was when I realised I was not a part of what happened in the fro-yo place.

No one cracked a Mohajir joke (do those exist?), and even if they had, my reaction wouldn’t have been that strong. If someone asks me if I’m Mohajir, I immediately respond with ‘yes, my grandparents migrated from India’.

Strictly speaking, I am not a Mohajir and to call me “Urdu-speaking” is even weirder, considering everyone around me is technically speaking Urdu; or for that matter my friends may qualify as “English speaking”. I don’t have a place to go to “up north” or rural Sindh. My roots lie across the border, limited to sporadic bouts of nostalgia from my grandmother. The sense of place is missing.

Maybe the fact that “Waderai ka Beta” is a catchy tune, or that my best friend happens to be a hardcore Sindhi, but for the first time in my life I don’t want to be a boring, confused, Mohajir: I want to be a saeen. Forget saeen, I want to have something: an ethnicity, a province to call my own, some patch of land that existed before Pakistan.

I want to know an Ali Gul Pir, I want to correctly sing Punjabi songs, I want to understand what Pushto TV is saying, and I want to scream “Jeay Baloch” for no reason at all. I want to be an ethnicity, not as my Pathan friend put it, “a member of the Muttahida Qaumi Movement’s voting bank”.

But to be part of an ethnicity, you need to figure out what that means to you. And the 18-year-olds in this country, even the hypersensitive ones, have no idea. Maybe I’m just imagining this great pull towards ‘who we are’.

Is it because we’re urban, as we live in Karachi you know, melting pot and other big city clichés? Or maybe it’s because I’m talking to the wrong people? The more I read about Karachi being divided along ethnic lines, the more I realise how sheltered my friends and I are from our own ethnicity.

Growing up, we’re told it doesn’t matter – even if in some parts of the country it really does. And I realise that my own culture is simply mainstream Pakistani culture, Urdu and English and everything in between. Until I visit my Sindhi friend’s house and her younger sister comes running to me. “Ma char saal ji aayan!” she squeals, showing me four fingers.