Don’t play God with the lives of innocent children 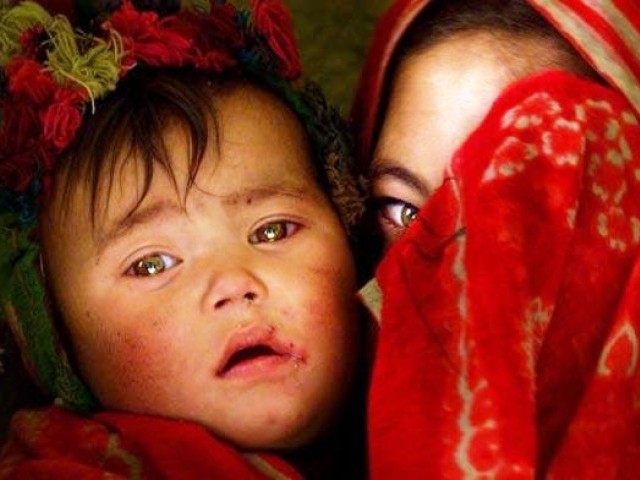 I deserve a chance at normalcy too, i deserve the polio vaccine. PHOTO: REUTERS

As the rest of the world rockets forward, we in Pakistan seem to be heading backwards. Neighbouring countries like India and Bangladesh having grappled with the issue of polio, are now on the path of enjoying a polio free ride. On the other hand, Pakistan is one of the three nations, along with Nigeria and Afghanistan, which still remains ridden with the polio endemic.

Unfortunately, even struggling for complete eradication may not be possible under the current circumstances prevailing in the country.

Recently, North Waziristan imposed a polio ban in the area as a protest against drone strikes. Apart from this, hundreds of tribal people boycotted polio vaccinations in protest against loadshedding in the Drazinda village. Local elders of Sherani tribe held a jirga in Drazinda Bazaar and subsequently decided to kick out polio teams from D I Khan. Condemning the campaign as a cover for espionage, militants banned vaccinations in North and South Waziristan, risking the health of 240,000 children. Officials said that a further 110,000 children in Khyber Agency also risked going without the vaccine, because of fighting between government troops and warlord Mangal Bagh.

No doubtt, concerned individuals have the right to officially register their protests against drone strikes, Dr Afridi’s betrayal or even against loadshedding, but the method sought is not justified. Turning your gun towards the future of innocent children who are in no way directly or indirectly responsible for any of the problems above mentioned is unwarranted, unjust and deplorable.

How would banning polio drops in the area to little kids make a difference to the situation of drone attacks?

Is it not akin to hitting your own foot with an axe?

How will this help to stop drone attacks, generate more electricity or prevent more Dr Afridis from being recruited?

How is risking one’s own child’s health a way of avenging the atrocities of the aggressors?

Tribal elder Qadir Khan told a gathering of more than 120 elders and religious scholars in Miramshah that drone strike were not only a concern for the Taliban but also for the tribal people. He further stated that:

Polio vaccination will be banned until drone attacks are stopped.

Maamoor Khan, another tribal elder stated in an attempt to reason the ban:

Drones martyr so many children, while polio afflicts one or two out of hundreds of thousands.

However, my question is, does one or a few insincere health professionals justify ignorance of a disease that currently prevails in our society?

I wish that these people would understand that they are only hurting themselves by crippling their own children.

They, however, argue that drones kill more children than polio does.

As true as that may be, the murder of children through drones is criminal, but crippling them for life is torture.

Is this really the easiest way out? Kicking out the unarmed sincere medical personnel, and lashing out at unaware innocent children, both of whom will not be able to defend their fate?

As a medical professional, I can only scream and shout this much and no more; I can only yell out that they have no right to aggressively jeopardise the health of one innocent at the cost of another through hostility.

Which sect of Islam validates this method of avenging a wrong? Usurping the right to a quality life from a young child is not your right to begin with. Who gave you the authority to play God with their lives?

I am aghast that there are educated people on Twitter who are justifying the polio vaccination ban.

‪It isn’t petty politics for which politicians, civil society, liberals or conservatives, or the general public should not speak up; its the lives of 200,000 children, its their future and ours. If not for Pakistan, then for humanity, I beg you, speak up!