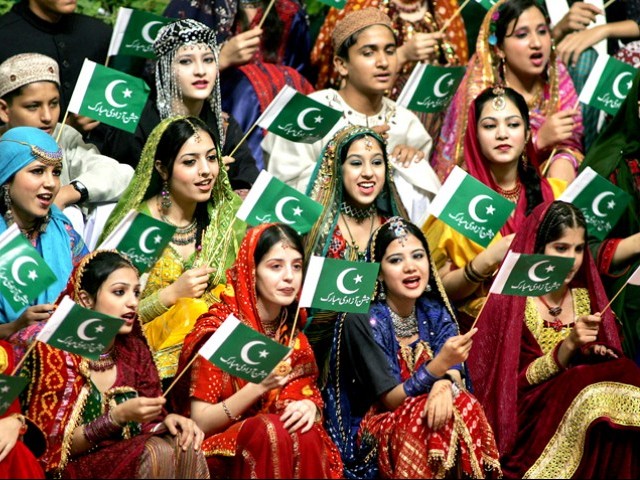 Dholkis, maiyon, mehndi, valima and post-wedding dinners; Pakistani weddings are an experience like no other! PHOTO: REUTERS

Here I am with the fourth instalment in the “Let’s love Pakistan” series. There is so much to love about this country that I am compelled to continue this list:

Abdul Sattar Edhi began his ambulance service in the 50s, and has since then been a busy, busy man. Today, Edhi Foundation runs the world’s largest radio-linked ambulance service all over Pakistan, and operates countless old age homes, orphanages, clinics, women’s shelters, rehabs and mental asylums. The duo has won dozens of local and international awards and honours but they’ve also been targets of some serious criticism over the years. This does not seem to faze the heaven-sent couple though, and they seem to have only one agenda in life: to serve the disadvantaged. As if all this wasn’t enough, Edhi also holds the world record for working for the longest time without taking a single holiday, and they live humbly—and happily—in a two-bedroom flat within one of their orphanages. Isn’t it time we honour them with some serious appreciation?

These Rs50 magic boxes have rendered every Pakistani mum an expert chef with a knack for creating the most delicious desi dishes with consistency and extreme precision. Looks like good things do come in small packages after all!

29. The geniuses with all those As:

Sure they make us regular nitwits look like a bunch of idiots, but let’s face it; these geniuses are doing us mighty proud globally. First, Ali Moin Nawazish set a world record with his 22 A Levels A grades; then Ibrahim Shahid went on to secure 23 As in his O Levels. But the wonder-kid who put teenagers everywhere to shame was a boy from Taxila, Syed Zohaib Asad, who created headlines with his 28 A grades in O Levels recently! Just imagine: if he kept ten of those As for himself and donated the rest, he could secure university admissions for at least five good-for-nothing nitwits! Respect? Definitely!

She came, she sang, and she conquered. Sometimes it’s hard to believe she’s been gone for over a decade. The woman’s legacy is unmatched, just like her tunes, distinctive voice and larger than life personality—all of which are reminiscent of one of the greatest singers to be born in the subcontinent. And Pakistan was lucky enough to have inherited her!

Granted every Pakistani cricket lover’s heart probably looks like a piece of antique china in a frat house by now, but really, there’s something about the boys in green that you just can’t hold a grudge against for long. So what if they’re caught treating fans like piñatas and striking match-fixing dealsthat land them in jail? They’re the closest thing to superheroes we’ll ever get, and for that they deserve our unapologetic, unconditional support.

For years, us Pakistanis have been played by crafty statesmen; so much that it has virtually choked our self-esteem, turning us into an easily excitable nation of masochists that thrives in its own blatant ignorance, misfortune and helplessness. Three cheers for sweet surrender, because after all, what else can we do?

Complete with half a dozen dholkis, a maiyon, mehndi, valima and post-wedding dinners, Pakistani weddings are an experience like no other! Even more so if you’re a close relative and your family is uninhibited when it comes to having some pure, unadulterated hullah-gullah: the real desi wedding style!

Ignoring the heaps of nonsensical (not to mention unfair) negative comments, I present you all with one simple question: What other third world country that’s burdened with perpetual shame and misfortune like our poor Pakistan can claim to have accumulated immense international acclaim by winning an Oscar and an Emmy? And all thanks to the same woman! Cherry topping: Sharmeen’s inclusion on this years’ Time 100 list!

Among other invaluable things like strong familial bonds, love, respect and division of labour, when it comes to cooking, cleaning, compromising and looking after each other, think of the money we Pakistanis save by opting to live with Ammi and Abbu in our enormous ancestral homes. Who says goras are born with all the luck?!

An Economics graduate with a post-grad in International Relations who’s currently pursuing Chartered Accountancy while working as a freelance writer for a number of local publications.