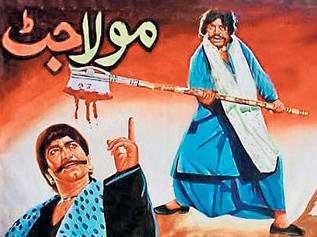 On August 25, George Fulton wrote an article, Don’t act surprised. The article is one of many on the brutal Sialkot incident. The author’s message – as the title of his piece indicates – is that  such an act is nothing surprising in a nation that is inherently “barbaric” and “degenerate.” While I respect Fulton for his love for Pakistan, and while I believe, his intentions while writing were sincerely patriotic, I want to make it clear that there is a thin line between detesting a nation’s faults and bashing a country.

We are, and have always been, a barbaric, degenerate nation revelling in bloodlust. Our nation was forged during a bloody partition — in which up to one million people were massacred. One just has to read eyewitness accounts of the riots, the train butchery, the brutal rapes and slaughter of that period to get a feel of the heady, almost orgasmic, delight that the perpetrators of these crimes revelled in as the nation was born.

That in my opinion is Pakistan bashing. What exactly is the writer suggesting? That we are barbaric since we were born out of barbarity? Or is it that the partition should not have happened? I think the writer’s view is  simplistic. Yes, there was chaos, and barbaric atrocities took place at the time of partition, but the Hindus and British are equally responsible for the massacres. If the rationale of “barbaric birth breeds barbarity” is true, then neighbouring India is an equal victim of that birth. Or further afield, what about the North American countries which were born out of ethnic cleansing of indigenous American Indians? We don’t match that by a shred, do we?

At another point in the article, the author writes:

Our culture celebrates barbarity and vengeance. Is the Sialkot killing that shocking when you consider the macho culture of the Punjab? Maula Jatt, Punjab cinema’s most famous film, is a three-hour advertorial for vigilante justice. The film celebrates revenge, honour killing and violence. It is entertainment for severely warped minds. One scene has our hero, Maula Jatt, axing off a leg and an arm and then catching the severed limb as it flew through the air in his bare hands! Another has Maula’s axe ripping open a man’s guts to have the intestines fly out spectacularly. This is what passes for entertainment in our land.

Movies on heroes providing vigilante justice are common place. Does that mean our “culture celebrates barbarity”? It is too heavy a claim and too gross an accusation to put on a culture. Gory movies have unusually high ratings in the United States. Films like Saw and Texas Chainsaw Massacre show more guts and intestines than Maula Jatt. Does American culture also celebrate barbarity then, since gut-wrenching and limb cutting passes as entertainment in their country? One might argue that these movies do not celebrate the killer as a hero. Evil-fighting heroes are present in every cinema and are very famous. Almost every old Indian movie was about a righteous hero bringing justice to the people of a village and killing a tyrant thaakur, often cutting off his limbs in the last scenes. Classical western literature and cinema is ripe with vigilante justice providers who are heroes. Robin Hood, Zorro, Shahensha. You name it. But no one blames the culture for celebrating barbarity.

If the author’s finger-pointing had been limited to a group of people, their anger, their love for spectacle and movie capturing, or their heedlessness, I could have let it pass. But laying the blame on the country’s formation and culture displays contempt for the country’s very existence.

Yes, the creation of Pakistan came with bloodshed, but big change always comes with sacrificial blood. Our elders gave their blood so we could have this country. Why should we have to explain the ill doings of those who could not handle the gift given by those elders? Why do we have to degrade ourselves and the way our country emerged on the globe, while others are proud of their country which was carved out of the genocide of an indigenous population and who are still happily invading countries on false pretext and killing their population?

For the record, let me make it clear that I detest the barbaric killings of Sialkot. The very fact that a nation proud of its Muslim identity could do such a horrific thing during fasting time in Ramazan is sickening and hypocritical to the core. Yes, we are to blame for the incident. Yes, our entire society is to blame. But if there is one grave issue that hardly anyone points to, it is the root cause of such savagery. The very fact that people are willing to kill someone they “think” is a bandit, with such brutality, underlines the massive lack of justice in society.

When the faith of masses in judicial and ruling bodies is lost, they take the law in their own hands. We all remember the incident of robbers being burnt alive in Karachi some time ago. This one would have been no different, had it not been for the fact that the boys were not bandits but were labelled so in order to prompt an unstoppable frenzy of savagery.

Our leaders and elites have to realize that the nation is pushed to the brink of frustration. With inflation at an all time high and justice at an all time low, poor people who have often to pay an electricity-bill twice their salary, whose hungry children are waiting to be fed, and who spend sleepless nights with mosquitoes and no power, are prone to lose their minds and start venting their rage on mere conjecture of someone being a robber.

I am not saying that it is fair or that it is justified, I am just saying that it is a reality. When the French stood up to bring a revolution, every life that was taken was not taken fairly, nor was it taken in a civilized manner. Maybe we are unable to fathom the level of frustration building in the poverty-stricken public when we comment on them sitting in our air conditioned rooms. Maybe we don’t know how it feels to have a burden of paying an electricity bill twice our salary while our children beg for food.

Last month, a rickshaw driver killed himself and his family because he had to pay a debt of USD 700 and he was unable to do so. So an independent judiciary, which is not made a joke of by the elites, and an accountability of the ruling elite is probably the much needed medicine to heal the anger of the people.

I respect the pain which prompted Fulton to write his piece. But he has to realize that writing off a whole nation is unfair. No one I know has supported the Sialkot murder. Most of us are peaceful people who are almost equally horrified by the event. One cannot bash a whole nation of 180 million over this incident. In a world already ripe with negative pictures of Pakistan, articles like these only confirm that there is nothing, absolutely nothing good left in the people of Pakistan.

As I write these lines, a boatman named Sanaullah saved 2,500 lives in his boat in a single day in flood ruptured Camp Karoona village off Islamabad-Peshawar motorway. He kept going tirelessly until he broke his arm and was hospitalized. And perhaps surprisingly for some of us, he had a long beard too.

As floods claimed hundreds of lives in Saudi Arabia last year, a Pakistani labour Farman Ali Khan tied an inflated tire tube around him and swam into the middle of the current. He saved 14 men and women and gave his life saving the fifteenth. But perhaps these are forgotten fantasies. None of us can have a shred of good in us because we are a “barbaric and degenerate nation revelling in bloodlust.”

A Saudi Arabia based free-lance writer. He is an engineer and academician who teaches at the University of Petroleum and Minerals at Dhahran, Saudi Arabia.