Ramazan and the ‘holier than thou’ syndrome 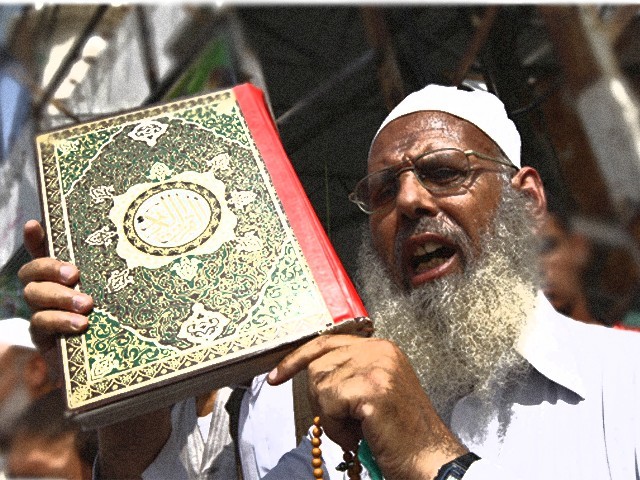 People go out of their way to embarrass those who don’t fast in Ramazan, as if to convince themselves and others that they are holier than the rest.

The month of Ramazan is upon us. People from all walks of life are preparing for a month of fasting, praying, giving and showing off. I mention “showing off” on purpose to bring to light all those people who become religious only during the month of Ramazan. Not that there is anything wrong with becoming all religious for just one month out of 12. Who am I to judge? However, what becomes irritating is the ‘preachy’ and ‘screechy’ attitude people suddenly adopt.

A few days ago, I was having a casual conversation with a friend of mine and just as predicted, we stumbled upon the topic of Ramazan.

Now, before I relate the conversation, let me give you a brief background into my friend’s values on a normal day; praying is not really a priority for him and he does pretty much everything that is prohibited or at least frowned upon in Islam.

So our exact conversation went as follows:

So Ramazan is just a week away, we should get our act together you know.

Yea of course, but you know it is the month of Ramazan. People will be fasting and we need to pray to get more rewards. We should hang out during Ramazan so you and I can both inspire one another to fast.

I’m not going to fast this year. (Jokingly)

So if someone doesn’t fast, that instantly makes them bad person, even though, their fasting or not is between them and their God? How about namaz, isn’t namaz also obligatory, I’ve never seen you pray. Shouldn’t that also be as ‘shameful’ an act as not fasting?

It doesn’t matter; fasting is important and in Ramazan it is absolutely necessary. If you don’t fast it’s the gravest sin. I don’t pray but that’s different, I never miss a namaz in Ramazan. You have to fast otherwise I’m sorry I can’t talk to you anymore.

So just because you fast and pray one month out of a year, you get to preach what I should or should not do? And if I fast, just to show off, that would be fine and you would still talk to me?

That is absurd and just plain wrong. I’m never going to do that.

My friend has not spoken to me since.

This is just one example, of how some people feel it is their responsibility to preach their version of religion to everyone they deem astray.

Is it the religiously correct thing to do? I don’t know; I’m no religious scholar.

But is it socially the correct thing to do? In my opinion, absolutely not.

Ramazan is a month of tolerance and spirituality, it is meant to teach people how to be humble and respectful towards others; to be generous; to shed their differences aside and worship for their own salvation. Shouldn’t people try to do all of this rather than put others down?

The way I see it, people go out of their way to embarrass those who don’t fast in Ramazan, as if to convince themselves and others that they are holier than the rest. If that isn’t showing off, I don’t know what is.

The question that comes to mind at this point is:

Why should a person, religious or not, have the right to preach to another person without giving that person the right to have an opinion?