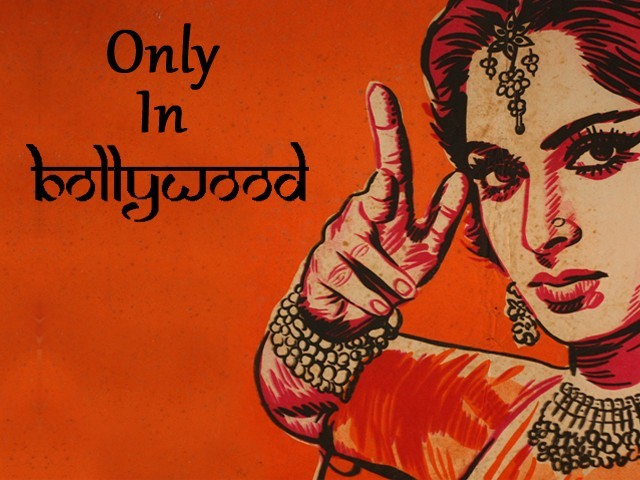 1) Irrational nomenclature – Bollywood: Named in pursuance of the oh-so-holy Hollywood the word was coined after Indian film capital Bombay, but since the city is now called Mumbai why not call it Mulliwood?

2) Aal iz well: Bollywood propagates the idea that India is filled with unlimited wealth which is utter nonsense. If you go beyond the movie sets and the candy flossed frames you will discover just how unglamorous life in shining India is.

3) The quanitity: The industry produces bad movies without any regret and displays an eagerness to make hopeless movies repeatedly.

4) The family business: Bollywood should be known as a monarchy since it is ruled and fought over like a royal’s heir battle for the throne. There are the Bachchans, Khans, Yash Raj Chopras, Johars, Kapoors (Raj etc) and Kapoors (Anil etc) and lots more. Each  have a legacy of their own and make a fortune by virtue of their surname. It’s kind like the mafia.

5) Award shows: There are just so many.  And with a few exceptions they are so terrible  it is difficult to decide which one is the the worst. It seems every Bolly-family and their friends simply must have an award show of their own.

6) Actors in the arena: The presence of Indian movie stars in the cricket pitch and various sport arenas is ironic. It is obvious that they cannot even play without a stunt-double. Very filmy!

7) Remakes: When an abundance of money starts bothering Bollywood producers and they fall short on good scripts they turn to every film maker’s back up plan: the remake.

8) The fake 80’s: Although I was not a direct victim of that time period, I have seen too many 1980’s productions for comfort. The torturous disco movies with ‘plutonic’ plots are not my cup of tea.

9) Plagarism: Bollywood music directors seem to think they have copyrights to steal and chop the best songs from any part of the world (especially Pakistan). They change lyrics to cliched Bollywood fare so they can claim them as their own musical masterpieces. At times Bollywood does not even bother to change the words of tracks copied from superior Pakistani music artists.

10)  Lollywood: Despite disliking the industry I know I will continue to watch Indian movies. The reason? I want to watch Urdu/Hindi films – and Lollywood is just not an option.

A CA trainee student with an interest in politics, movies and music.