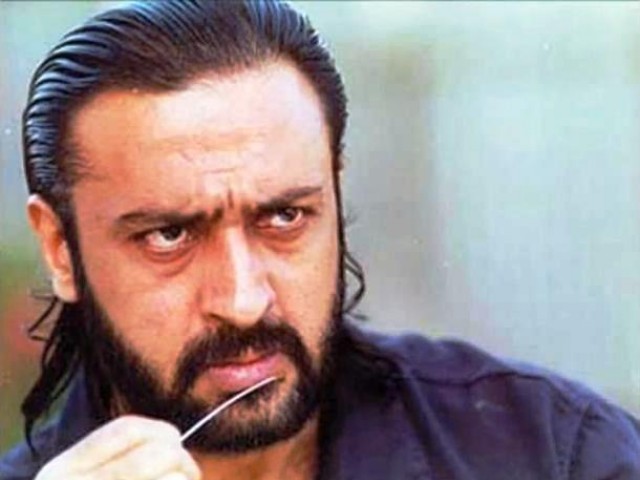 Why do all the villains wear shalwar kameez and have Muslim names? PHOTO: SCREENSHOT

The relationship between Pakistan and India has always been a challenge because of the cultural and religious differences.

However, both governments are trying to promote diplomacy and are trying to formulate resolutions regarding the Kashmir dispute. We must not disregard the ‘Aman ki Asha‘ initiative either, where decisions like releasing prisoners and making amends is being employed. What should be scrutinised and acknowledged is that the media has a great role amidst all of this.

This is especially so for films; film is a medium through which we can influence the general views of the public and tow it in the right direction. Regrettably, most Indian movies happen to depict Muslims and Pakistanis through a predominantly negative lens.

Let me explain how Bollywood films do so in the following points.

On one hand, the Indian government pretends to be a true friend to Pakistan and wants to develop good trade relations with us, while on the other hand, Bollywood films have been continuously involved in deteriorating the image of Muslims and Pakistan in particular.

They portray terrorists or gang leaders by using Muslim names such as Ghani bhai, Moosa bhai, Yousuf bhai, etc, for the characters of villains in their films.

Take for instance a very popular movie Qayamat in which three terrorists, Ali, Abbas and a Muslim girl try to obtain money from the Indian government by threatening them. This, as a result, ends up sketching a negative image of Muslims to the whole world, subconsciously convincing people that Muslims are a mean breed.

In many other films, Muslims are portrayed as terrorists. It was Kurban in which Saif Ali khan played a lead role and was involved in a terrorist group which planned to attack the US. Yet again, the ruthless terrorist is ‘Ehsaan khan’ who happens to have roots in Pakistan and Afghanistan.

Then there was Sarfarosh where a famed Pakistani vocalist Gulfam Hassan (Naseeruddin Shah) perpetuates and encourages the spread of terrorism in India.

Likewise is the movie Fanaa, where Amir Khan plays a terrorist named Rehan.

Thus,there is an endless list of movies where Pakistanis, and recently, Afghans are implicated which further reinforces the stereotype of Muslims of these countries being terrorists.

Sadly, this fuels the hate and animosity amongst Indians against Islam

In a recent Bollywood film, Agent Vinod, the directors have tried to depict that the Pakistan Army is not loyal towards its duties; the film is pro-Indian in every essence and the villainous characters are shown as the members of the ISI which is completely preposterous. To me, this film is not made for entertainment but is a conspiracy against Pakistan.

Many Bollywood movies show Muslims as terrorists and even if this is not the case, they almost always show the mighty villains wearing shalwar kameez,  holding a tasbeeh in their hand with surma in their eyes and a taweez around their neck . This in turn reinforces the strongly negative sentiment against Muslims especially Pakistan – as shalwar kameez is a Pakistani national dress.

Distorting the Muslim culture and fundamentals:

Okay now this one I am sure many of us will relate to. I have seen countless movies where apparently, Muslims are shown drinking, harassing women, attending mujras; in short they are shown as hypocrites who preach but don’t follow what they preach.

Don’t you remember the goons who had beaten up the boy in the movie Tere Naam, were shown to be Muslims (wearing the traditional skullcaps and Arabian red-checked scarves) who abduct or lure Hindu Brahmin women into prostitution?

Sadly, this is not all, Muslim women are not spared either and apparently are suicide bombers as well. Recall Dil se and Dhoka?

Then there are some ridiculous cross-religion love stories where Muslims are the ones who always want to tear apart the two lovers because honour must be protected. Take Veer-Zaara for instance. Here Zaara’s fiancee, Raza, who is outraged by the shame Zaara has brought upon him, frames Veer and has him wrongly imprisoned on charges of being an Indian spy.

I assure you, us Muslims are not this farigh (idle) as to sit and conspire against the other religions or nationals; nor do we brew hate against them. Things may have been sour between the two nations in the past, but we have come a long way from it.

Also, don’t you think there is a reason for Gangs of Wasseypur to be banned in Kuwait and Qatar? This was done because it was said to be offensive to Muslims. Other countries are finally starting to take stern action and are noticing the disrespect some of these Bollywood movies can confer to the image of Islam and how they can aid Islamophobia.

Hence, it is shameful that our government is doing next to nothing against this open degradation of Muslims and Pakistanis. It is the matter These films are very damaging to Muslims all over the world and have far reacing impacts.

I  don’t remember Pakistanis publicising Muslims being massacred in India following 9/11 or the genocide of Muslims in Gujarat.

In times where the two countries are trying to resolve their past conflicts and promote peace, we should make it known that such controversial themes and movies can actually hinder the efforts made by our governments.

So please, India, stop demonising Muslims and Pakistanis; instead cleanse the populace of the hate and animosity that has been an age old problem which films seem to be endorsing all the time.

The author is pursuing his BBA from SZABIST Karachi and blogs at Students of Pakistan. He recently joined Youth Parliament of Pakistan and is also a die hard cricket fan. He tweets @MustaqeemYousfa

How the One Rupee Project can help literacy