A marriage does not just come down to ‘love’ or ‘arranged’ 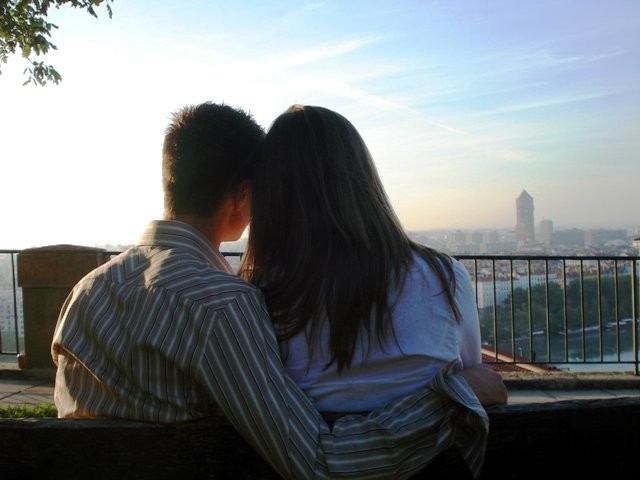 The success rate of marriage doesn't depend upon whether it was arranged or not but rather on how two people understand each other.

A few days ago, whilst skimming through the The Express Tribune, I came across a blog entry titled “Why one should love arranged marriages,” by Sidrah Moiz Khan. Ms Khan’s piece set out to discuss the age-old debate of arranged vs. ‘love’ marriage. However, rather than giving a balanced account the author, being an ardent supporter of the former method of union, gave a diatribe that seemed more suited for Khawateen Digest (Women’s Digest).

As such, I felt the need to formally reply to Ms Khan’s blog.

Before I begin, I wish to clarify something. I find the terminology chosen by the author to be beyond irksome; I am referring to the distinction made between ‘arranged’ and ‘love’ marriage. The reason being that this distinction manages to associate many negative connotations to a ‘non-arranged’ form of union.

I am often left bewildered. How can a marriage of any kind be without love? Surely that is a key component in a successful marriage. I suggest that we correct our terms of reference. As such, I will use the terms ‘traditional’ and ‘non-traditional’ to substitute for ‘arranged’ and ‘love,’ respectively.

“One only finds the recipe for matrimonial bliss, after coming to terms with it (drawing room meetings)”.

From the very on-set the author advises ‘young girls’ to remain submissive and to spinelessly accept that being judged in the comfort of their own homes is a ‘rite of passage’ of some kind. This is the crux of the issue. Surely, we should promote an individual’s active participation in the matter of marriage, or shouldn’t we not?

It is after all one of the biggest decisions of their life, no?

Then the article goes on to say:

“Arranged marriages may seem awry to some, but you only realise when you have undergone or seen cases in which love marriages don’t quite prove to be the best way out.”

Forgive me, for I do not see how this bolsters the positive aspects of traditional marriages in the slightest.

Marriage is a gamble regardless of how it happens to come about. It is destiny, it is fate. How we make it work is down to how we are raised and educated. Respect and equality are values that children must be instilled with anyway. Life is full of hurdles and accepting defeat when faced with marital disputes would be plain ridiculous. Reacting rationally to such situation is an ability that we should teach our children, to prepare them for any kind of problem not just marital.

The success rate of marriage doesn’t depend upon whether it was arranged or not but rather on how two people understand each other; how their perceptions differ or concur with each other; how patient or impatient are the couples in slippery situations.

“People who usually fall in love are bound to be blinded by passion that love ignites in you. On the contrary, arranged marriages are well-thought out, considered and then arranged.”

Oh, really, is that the case then? Well this might not be if we are educated to respect the sanctity of marriage as a union to begin with.

We must realise that this is probably the biggest decision of one’s life and not something to be embarked upon on a whim. Those ‘blinded by passion’ are clearly not in love but are merely infatuated. Yet, we would not know the difference between the two because we, as a society, are taught to fear the very notion of ‘love’. Even uttering the word in a conversation is treated with astounding negativity.

Remember that love doesn’t automatically warrant ‘bahayai’ (indecency) or ‘baygairati’ (vulgarity). It is a natural phenomenon. Do not fear it, embrace it. After all, it is the ultimate aim of traditional marriages that you so solemnly support, is it not?

Then the article shines some light over parents and their benevolent intentions:

“Parents want the best for their child; when it comes to choosing someone you want to spend your life with, you can actually give benefit of the doubt to your parents.”

Perhaps in an ideal society all parents would be well intentioned as you would like to believe. But even if they are, this is beside the point. Parents are not the ones getting married, are they now? Parents must encourage children to grow up to make their own decisions in life, and this goes for career choices too and many other facets of their children’s lives.

It seems to me that some of us have found an exit strategy by pinning down the blame over our parents shoulders in case our marriage fails; definitely easier then owning up to your own shortcomings for sure. Even in an ‘arranged’ affair of marriage, parents must encourage their child to engage in the decision-making process and to actively consider the outcomes themselves.

Ultimately, everyone is entitled to their own opinion and in no way do I intend to berate either form of union. We often say everything is down to fate. However, there is only so much that is predetermined. We must differentiate right from wrong and blind traditions from religion.

I am not suggesting that one form of marital arrangement trumps the other. I merely wish to convey that failure of one does not make the other better or vice versa. Regardless of the form of union, whether love or arranged, we must concentrate on preventing their breakdown by taking the matter of marriage seriously from the very start when decisions are made.

A British-Pakistan who really identifies deeply with her roots.As of September she will be enrolling at King's College London for an MA in South Asia and Global Security. She Tweets @marymood