Why is our nation so terrified of working hard? 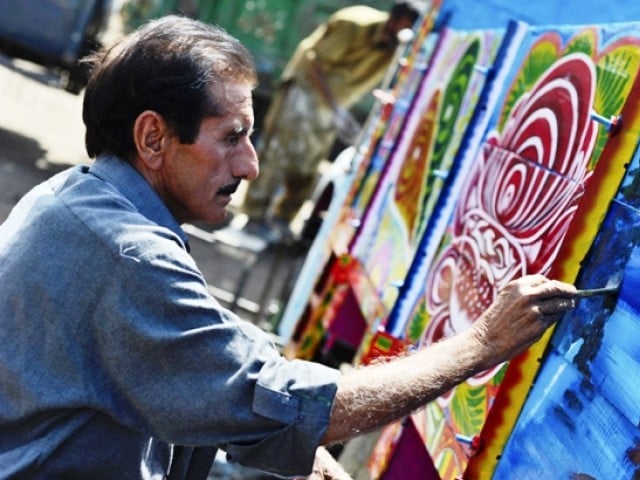 We are so work-shy that we gossip and shirk away from work even during our working hours. PHOTO: AFP

A friend of mine recently forwarded me one of those mundane text messages with a bit of a Pakistani touch to it. This one had me thinking for some time though. The SMS had been generated by some mathematician who had visibly taken on the pain to convert the net worth of Bill Gates into Pakistani currency, and with a few further calculations, had come to the conclusion that even if the gentleman spends 10 million ‘rupees’ (1 Crore) everyday, he wouldn’t need to work for at least another 750 years.

That all asserted, the sanity of the billionaire was questioned at the very end because, to the composer of the message, Bill Gates’ continuous quest to earn more and more seemed inane.

For me it’s not the avariciousness of Bill Gates that is questionable but the very issue that has been raised as to why he should continue to work. This, to me, is in direct contrast to the very paradigm of indolence and complacency that is  inherent in our nation.

As we grow old in this ‘Islamic Republic’, we’re made to imbibe and to an extent espouse the economic system that Islam propagates. An essence of this system is that it strictly prohibits accumulation of wealth and therefore encourages charity. Having been misconstrued by the masses as an injunction dictating ‘not to work harder than ones needs and thus not earn more than ones requirement’, it serves as a bedrock to most of our complacency.

What we seemed to have overlooked so conveniently is the fact that Islam never prohibited Muslims to employ their abilities to earn as much as they could, but instead barred them from keeping that money to themselves.

Thus the focus was not on earning less, but on spending more; spending upon others as charity or for social work and to alleviate the miseries of the impoverished is in no way forbidden.

An Islamic scholar once went back on his decision to migrate to a city with greater opportunities after having seen an injured bird being fed by another in the forlorn parts of the country and realising that Allah does indeed provide for all and in all sorts of circumstances. He was soon admonished by his teacher and reminded that though Allah did provide for all, he made some the source and others the recipients.

Thus, the choice as to whether one would want to be the beneficiary or a philanthropist rests with the man himself and in such circumstances the biblical intellect as Islam dictates, “It is better to give than to receive”, becomes even more important. Though the scholar did eventually migrate, the story and its moral have failed to pervade the masses.

Allama Iqbal’s concept of Khudi (Self) has been widely lauded by the learned. To the spiritual leader of Pakistan, self-sufficiency is a pre-requisite to sovereignty.

Iqbal repeatedly asserted that for the self to prosper it is essential that the person is not dependent upon another. He believed:

(To a servile belongs neither his body nor the mind (soul)).

These shackles of slavery continue to restrain us. Not just on the individual level but also as a nation. A ravaging debate these days about American aid and its repercussions states that when we carry the bowl for begging, we concede our right to make our own decisions. Thus, the contentment and procrastination might provide temporary solace but they are the scourge that subjugates us.

What we need is a leaf out of the Japanese book of ways. A friend of mine working there recently told me about an interesting if not out rightly bizarre (by Pakistani standards) habit of theirs. He said that a majority of Japanese voluntarily work a couple of hours overtime on daily basis because they feel sitting idle is a curse they must save themselves from. To prevent against wasting time, they invest it instead in their offices and businesses ensuring not only their own progress but also their country’s.

On the contrary, we are so work-shy that we gossip and shirk away from work even during our working hours. The Holy Scripture may state that a nation not bent upon changing its conditions becomes stagnant, but we don’t bother about it even in the slightest.

In such circumstances, it should surprise no one that though Islam stresses most upon charity and giving alms, the biggest philanthropists come from within other faiths. Warren Buffett, for instance, donated more than $30 billion to a charity. That much money could have changed the lives of thousands of Pakistanis.

Unfortunately, we fail to produce such riches and the fact very much remains, that beggars can’t be providers!