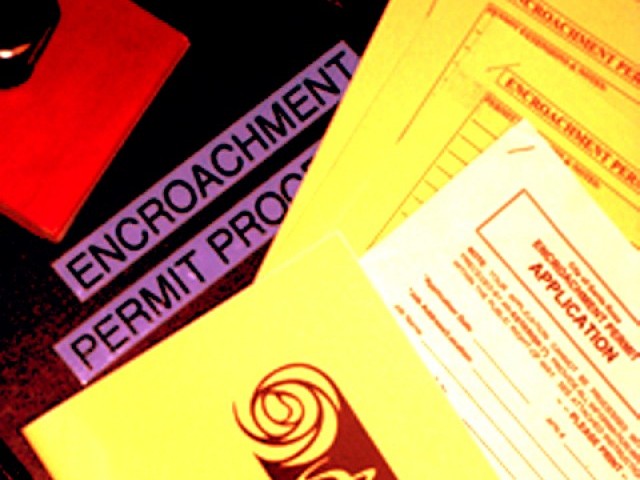 But what can be done when the government itself starts leasing out amenity space to make money? ILLUSTRATION: ERUM SHAIKH

It has happened many times in Karachi. Somewhere, somehow a public amenity plot is commercialised. Encroachment on open spaces and parks is often carried out by powerful private groups. But what can be done when the government itself starts leasing out amenity space to make money?

Karachi’s Safari Park was inaugurated in 1970. Spread over 300 acres of land in Gulshan-e-Iqbal, it was supposed to be an open environment where animals roam freely. That never happened and small cages were built for the poorly looked after souls – the previously envisaged park is just a zoo now.

Over the years, the land was encroached, reducing it to just 170 acres. Then the government doled out a few acres for a private theme park. And now there is a proposal to let another company build a cinema there.

Karachi Metropolitan Corporation (KMC) argues the move will offer a bored public an entertainment venue. But it will also help the cash-strapped KMC.

Keeping in mind its history as mentioned above, however, it’s not shocking to see how far the municipal authority will go to fill its otherwise empty coffers. There is another proposal to open a cinema in KMC Sports Complex where a football ground is already being used for wedding receptions.

The city is replete with such examples of misuse. The famous Bara Dari was dug open to construct an underground parking lot for a five-star hotel. To this day, Bara Dari has not been opened up for the public.

In addition, sport grounds outside at least two private universities are used by students to park their cars. If this was not enough, KMC has conveniently allowed every flyover to be painted with advertisements of ice creams and hair removal creams. Ask any town planning expert and they will tell you something is really wrong with how roads appear in Karachi- there are just too many billboards.

In recent months, a new trend has surfaced where consumer product-makers have started using roundabouts and green belts for marketing.

It’s not like KMC has limited sources of income. It collects charges on every activity from selling the discarded blood of cows at slaughterhouses to running popcorn machines at the zoo. Yet, it is always short of cash. Maybe it’s time the authorities did some soul searching and plugged the ‘leakages’ — that is, the corruption.