A disaster commission that is sure to fail 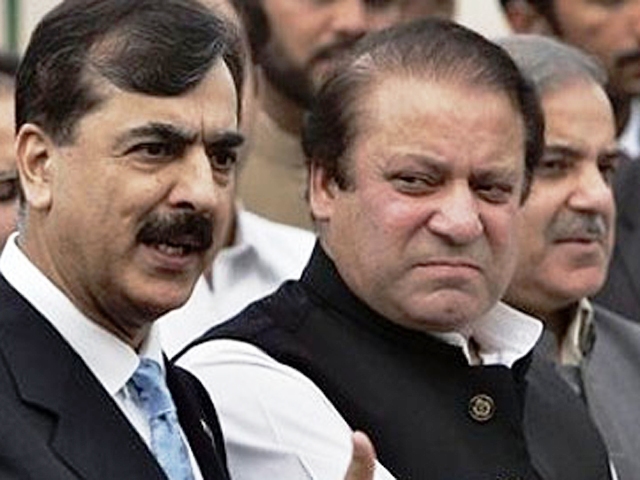 As the popular Pakistani saying goes ‘If you don’t want anything done, set up a commission to do it.’

I would not be surprised if it turned out that this very saying was the ‘hidden’ agenda behind Nawaz Sharif’s brainwave of setting up an authority to ensure that the incoming aid was actually spent to help the flood victims.

Keeping in tune to the renewed vows of ‘walking together’ in these chaotic conditions, the Prime Minister announced the setting up of the National Oversight Disaster Management Council (NODMC) to ensure transparency in distribution of aid for flood victims. The council will comprise of people of with “good reputation and impeccable integrity” and will come into effect immediately.

Perhaps by bringing the council into immediate effect, Gilani hopes to soothe the older Sharif, who had sadly changed his tone immediately after leaving the PM secretariat.

Political gimmicks aside, the NODMC hardly seems to effectively address the trust deficit.

First off,  ensuring transparency would require checking ground realities by actually going to the disaster hit areas and noting the development. Ideally, the district administration could be asked to report on relief activities but after two incidents of fake medical camps set up for the benefit of the prime minister, the information contributed by the district authorities are not reliable. To have a physical presence in the flood hit areas, the NODMC would require a lot of ‘credible’ human resource.

The question is, in times like these, can we actually afford to finance a set up like this?

Secondly, looking at the various sources of aid, just within the PPP, we have the PM’s relief fund; another being run by Bilawal Bhutto and yet another by Faryal Talpur. The UN has set up its own fund and the Army is on the receiving end of much of the public’s support. Add countless local and international NGOs to the mix and you can only begin to count the various sources of aid coming into Pakistan.

The utilisation of funds is an even more complicated story – the Armed Forces are at the forefront of rescue and relief efforts but more than 50 per cent of food supplies have come through the World Food Program. Health camps have been set up by Ministry of Health, but the World Health Organisation, the Red Crescent Society and other organisations are involved in providing health facilities to victims.

The reconstruction, whenever it starts will likely be a similar story.

So in effect, funds have been gathered by, are going to and will be utilised by countless organisations. How does the NODMC plan to keep a check on all of these? I have no idea. But I do know that if the council actually does try to keep a record of the expenditure of funds, the process will add a lot of red tape and delay our response and leave the flood victims in further misery.

One can assume that the NODMC would most probably consist of a dozen or so people with an equipped office in Islamabad ‘overlooking’ the aid and expenditure from within the confines of their office.

And thus the whole idea of ‘transparency’ will remain a facade.