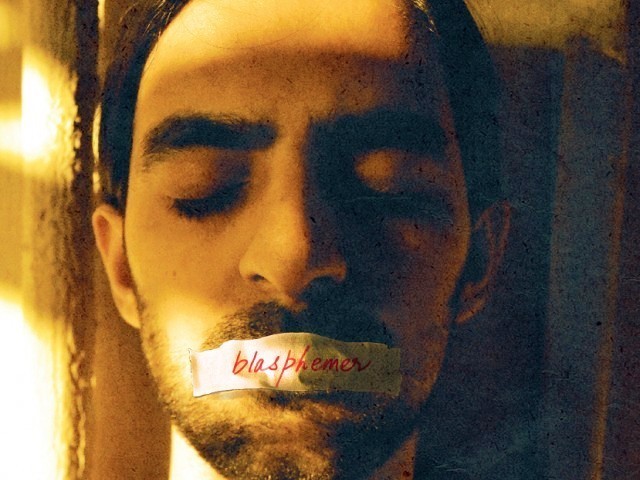 Maybe I am illiterate or don’t belong to their religion but I know no book of God preaches such bigotry and brutality. PHOTO: FILE

A few men came forth grabbed me by my collar, dragged me across the floor and took me outside. I tried resisting and digging my fingers in to the concrete ground, but I was helpless. They started beating me, crushing my hands underneath their shoes.

I had no idea why they were so angry with me.

While I was hauled through corridors, an angry mob was gathering in front of the station, they were furious and were destroying everything in their way. I could see some policemen trying to scatter the mob but they couldn’t protect me. The crowd terrified me but nothing could stop this fear that had me shaking like a leaf. They wanted to avenge me for what I had done; they said I had committed blasphemy.

I didn’t even know what blasphemy meant.

I begged for forgiveness and cried for help but their eyes showed no signs of mercy – they were red with the thirst for blood, my blood. They kicked me in my stomach and hit me in my ribs towing me along the streets. Thousands of them stood there watching the horrific scene of my body mercilessly beaten up as if it were a rag doll.

I couldn’t understand what exactly I had done to upset so many people.

The mob was going wild and it seemed as though they couldn’t even hear my screams. I gasped for air as the beating got severe but my lungs were sore and I couldn’t breathe. Bit by bit, they crushed every single bone in my body, rejoicing at my anguish. Blood started to ooze from my wounds and I got dizzy, after a while my heart stopped pounding but my eyes remained wide open in confusion.

I just didn’t understand why I was being beaten.

I died in the street, murdered ruthlessly by thousands as they brought justice to me for my misconduct. Some of them knew me, some even lived as my neighbours for several years, but alas no friend or foe came forth to rescue me.

I still don’t know why my friends left me to die.

Even though I was dead, the madness didn’t stop; they wanted to reduce me to ashes. They drenched my lifeless body in kerosene, later banishing me forever in a raging inferno. The fire pierced through my skin, evaporating the blood in my veins and burning every atom of my body. My face melted in the blazing flames as my soul drifted further away from this cruel world. My cremation must be a pleasing sight for the blood thirsty spectators as they played the role of God castigating me for my sins.

I still don’t know what I had done to deserve this fate.

I am often confused by things. Many times, people and places don’t make sense to me.

I guess I will never know why I was murdered.

The incident that took place in Chanighot, on July 4, 2012, where a supposed ‘blasphemer’ was forcefully taken away from police custody by an enraged mob of extremists and later killed and burnt ruthlessly, represents not just a dire loss of sanity but the helpless nature of law in our country. We have become puppets in the hands of those who entice and infuriate religious sentiments, causing great harm to the well-being of our country.

For God’s sake though. When are we going to stop?

The murdered man was deranged and mentally unstable, and everybody was aware of his condition.

Did he really deserve the brutal death he was put to?

Today the champions of religion say that he had committed a sin of the highest accord, hence death upon him. No one tried him in a court or asked him for clarification; they held him in their clutches and trampled him with fiery zest. What irony when they declare themselves to be followers of the last Prophet (PBUH).

Did no one tell them that he was sent as a mercy to all mankind, he who pardoned the persecutors of Ta’if and Makkah?

Did no one teach them to read the Holy book which they hold high above their heads in respect?

Maybe I am illiterate or don’t belong to their religion but I know no book of God that preaches such bigotry and brutality.

The people of Chanighot depict cohorts of our society who can easily be brainwashed into gruesome acts of violence over a loudspeaker in a matter of minutes.

In recent years, there has been a constant rise in extremism and sectarian divide in Pakistan; countless innocent lives have been lost in the name of religion, the latest case being the bombing of a bus in Hazar Ganji.

Rather than bringing justice to people like Mumtaz Qadri, we shower them with rose petals and label them heroes. It’s high time we resolve our religious difference with rhetoric and work towards the formation of laws that protect the basic human rights of every citizen of Pakistan. For those ‘religious scholars’, who seem very prompt at instigating anti-Islamic sentiments against blasphemy, why don’t they show the same vigour and come forth in unison to condemn such acts of aggression?

They should bring their banners and placards outside Chanighot and protest against the ‘killers of humanity’ or at least teach them the basic Islamic values of love and tolerance.

But alas, these so called ‘ulemas’ will not raise any hue and cry as they cannot point fingers at America or a supposed Jewish or Indian involvement, thus they see no need to sell this to their loyal followers.

As for law and order, there seems to be no punishment to the prevent people from taking up law in their own hands; be it the burning of robbers in Karachi or the vigilantes of Lal Masjid – apparently it’s a piece of cake to provide justice on the streets.

In this regard, the police should be empowered to prevent any kind of vandalism. The government and civil society should take measures to educate the masses. Media can also play a very vital role in promoting awareness on such issues.

Lastly a few words from the deceased:

Dear readers, I was bound to die one day but as my last wish, smear my ashes on the face of the society – the same society that breeds hatred and intolerance as a constant reminder of my plight. Wake up before another nameless man lies dead in Chanighot.

Why is Manmohan Singh's village better than mine?