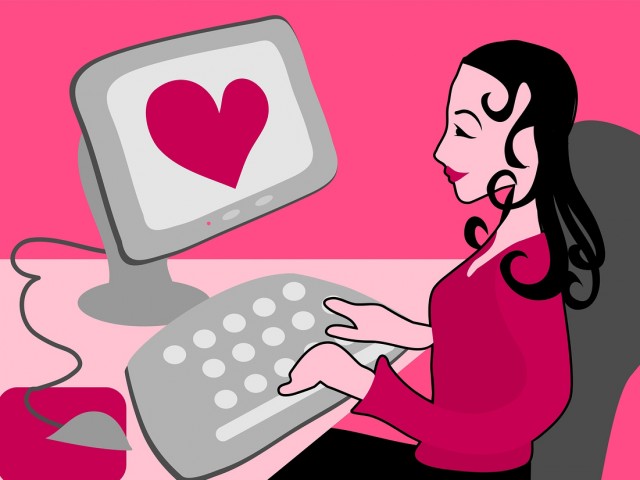 Is the time for Shakesperean love over?

Some clerics would say yes.

Those who believe Facebook is sinful are likely to be against internet, gender mixing, music and a lot more because these may inspire a person to commit sin. Like any other social media platform, Facebook hosts a wide range of users, some looking for intellectual stimulation, and some others looking to seek companionship. One has to be no less careful with Facebook friends than with next-door neighbors, perhaps more so given the 500 million active users that it boasts.

Earlier ths year, rumors about a religious ruling against Facebook went viral. A known figure from Al Azhar, Sheikh Abd Al-Hamid Al-Atrash, allegedly gave a fatwa against Facebook, finding it a breeding ground for illicit relationships between men and women, married and unmarried. The Sheikh has since denied issuing any such fatwa but has not officially disagreed with its essential holding.

The rumors of the fatwa sparked a debate in all corners. Some felt it ridiculed religious opinion, while others understood the underlying wisdom. But however absurd the headline “Egyptian cleric bans Facebook” may sound, the rationale and the language that we read between the quotes attributed to the Sheikh are familiar to many of us.

Twenty-nine year old Mohamed Altantawy, a doctoral student at Columbia University, said that the alleged fatwa reminded him an Egypyian campaign to prohibit the country’s first satellite channels. Many of us have heard local imams and conservative Sheikhs labeling Facebook fitna, because of the underlying temptations that may lead to something haram (forbidden).

Altantawy has been on Facebook for five years and logs on several times a day to stay connected with his circle of friends back home in Cairo, as well as other friends and colleagues. His posts can range from serious political debate to wowing the Egyptian football team on their performance against Algeria.

“If anyone is using Facebook for illicit purposes, banning it wouldn’t solve the problem,” he says, “only educating them can bring change, so that they consciously make the right choice.”

Divorce rates in Egypt are on the rise, but no one wants to talk about it. Divorce is peaking in Saudi Arabia, Pakistan and in Muslims communities in the West as well. Sadly, the census doesn’t concern itself with whether a divorced couple was happily married or not. Presumably they were not like Shakespearian heroines who committed themselves to their partners.

My noble father,
I do perceive here a divided duty:
To you I am bound for life and education;
My life and education both do learn me
How to respect you; you are the lord of duty;
I am hitherto your daughter: but here’s my husband,
And so much duty as my mother show’d
To you, preferring you before her father,
So much I challenge that I may profess
Due to the Moor my lord.
(Othello: Act 1, Scene 3.)

Desdemona, for example, epitomizes someone who knows her own constitution. She is not someone who is torn between duty and love. She hasn’t chosen her beloved over her father, since both relationships are sui generis. Since chosen is the operative word, we should, perhaps, ask how many of those marriages were predicated upon marriages based on mutual understanding or – dare we say – love. The assumption that Facebook is the root cause of women cheating on their husbands and vice versa is therefore troublesome.

If one in five break the sacred bond of marriage merely because the relationship was a frivolous infatuation on the internet, it spells trouble for society. But perhaps the issue is much deeper than we think, or is something we are unwilling to face. If divorce rates have increased, do we then ban male-female interaction?

In some parts of the Middle East, men are indeed banned from parks and family areas; many websites are behind proxy walls that the hormone-driven youngsters spend hours trying to bypass; and religious police march inside shopping malls to ensure there is no interaction between the opposites sexes – which only boosted sales of cell phones with Bluetooth capability that are used to initiate contact. All of this happened long before there was Facebook, so perhaps Facebook could be blamed for making things easier in an environment of forced seclusion and segregation.

“They would have to ban the Internet, cell phones, E-mail, and landline phones,” said Nesrine Basheer, 30, an Arabic language teacher in New York. “Just banning the tool and disregarding the reasons [for divorce] does not make sense.”

Banning networking sites, chat-rooms, messengers, or Internet applications for voice calls will amount to nothing, until you plant a seed of wisdom at an early age. In the end, it is the person who has to make the choice whether to stay in a marriage or not. If one really knew what marriage entailed and then wisely chose a companion for life, we would not be blaming the failure of one in five marriages on something as ubiquitous as Facebook.

An accomplished journalist, who has written for the Guardian, Washington Post, The Huffington Post amongst others as well as an educator who lectures on topics ranging from Sufism to Journalism, currently working as an assistant professor at SZABIST. He is an Alumni of Columbia University. He tweets @fahadfaruqui (twitter.com/fahadfaruqui)

My enchanting trip to Florence: Put it down on your bucket list