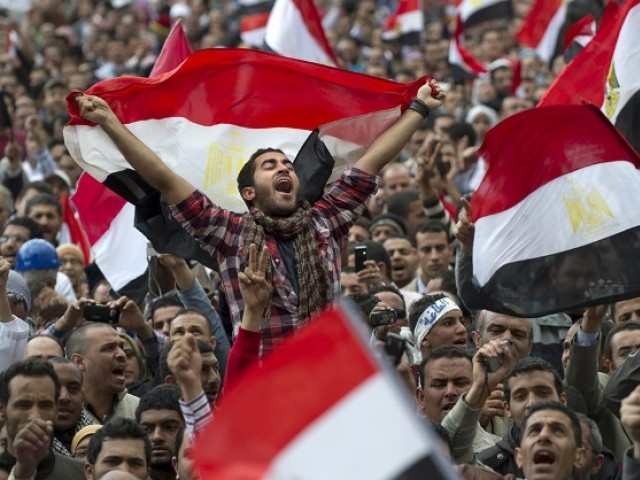 Every Pakistani is willing to spend hours on criticism; what if they spent the same time taking charge of things instead?PHOTO: AFP

Mohamed Bouazizi was a Tunisian street vendor, who poured fuel over and set himself ablaze in an elegant double-storey building with arched, azure shutters. The hard-scrabble loitered in the hospital for a few hours before breathing his last breath. His self-immolation became a catalyst for the Tunisian revolution.

Khalid Mehboob, a depressed and dejected father of six, jobless and poor, self-immolated himself outside Karachi Press Club. Unlike Tunisia, normal life sustained in Pakistan.

According to the annual Human Rights Commission of Pakistan (HRCP), 12,580 people were killed all across Pakistan in 2010. Thousands of innocents fall prey to sectarianism, ethnocentrism, drone attacks, abductions and judicial killings every year. Between August 24 and September 26, 2011, 166 people committed suicide in Pakistan.

So why doesn’t Pakistan tread the same road as Egypt or Tunisia? Why don’t we have throngs of protestors on our streets? Why aren’t the establishment and the existing political forces on the verge of a collapse?

The first type of Pakistanis believe in an external locus of control and they attribute the nation’s shortcomings to their sins; thanks to religious agitators.

The second type thinks that the establishment is the reason we have never prospered as a nation. Every Pakistani is willing to spend hours on criticism; what if they spent the same time taking charge of things instead?

Pakistan’s ruling political parties have had years of experience trying to assert themselves over the powerful establishment, and they have learnt their lessons the hard way, no doubt. Nawaz may threaten mass protests but he fears the military taking over at the back of his mind.

Don’t we remember that street power played an imperative role in the resignation of ex-president Pervez Musharraf in 2008?The movement which was spearheaded by the legal community, paved way for the same old political demagogues.

Pakistani people protest for a change in government, but not for a complete wipeout of leadership.

Loyalty to one’s leader is imperative in Pakistan and don’t you think otherwise. The masses protest on the orders of their leadership which, obviously, would never aim to wipe itself out.

Political parties in Pakistan are still an effective tool for political mobilisation and association. Unlike Egypt and Tunisia, Pakistan is witnessing the emergence of a civil society. Pakistani media ─  no matter how much it believes in propaganda and sensationalism ─  is still free to a great extent. Many anchors have gone beyond limits to criticise the existing regime and the establishment even. This is surprising as Egypt is the most deplorable and Tunisia is the most repressive country for journalists if compared to Pakistan.

The most commonly missed things are those that are right in front of our eyes. In all the commotion, we have failed to notice that there is a process underway; a journey to democracy and power distribution. The existence of a free press, elections, political party system and a defying judiciary has enabled Pakistan to survive in these tumultuous times. According to Pakistani political pundits, the existing political structure is better than an unknown political order.

The conclusion is clear; Pakistan may see a lot of political instability in the future, but it is unlikely to witness an Egyptian style revolution.

Is an IBA graduate having interned at Sanofi Aventis, Engro Foods and The Citizens Foundation. He strongly believes that individuality and free thinking should not be penalised in the land of the pure. He tweets @shannasir

I have ADHD and I love it!

She left me on my wedding day

Najiba: Murdered amidst cheers of 'God is Great'