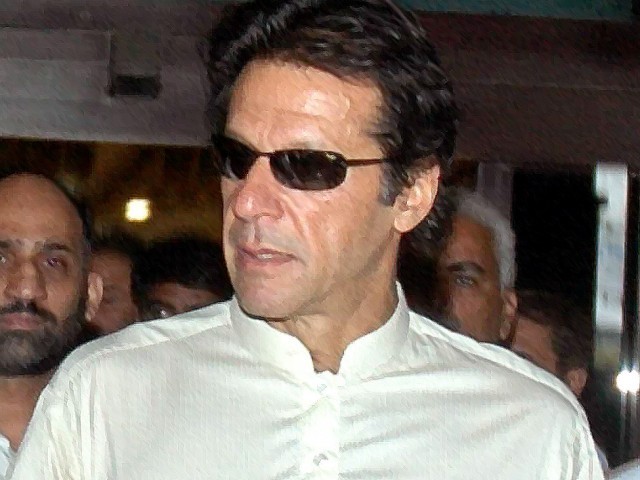 A few days back, a family friend of mine narrated an incident about how he escaped paying taxes, or at least didn’t have to pay the full amount that was due. To cut a long story short, he bribed his way around the system by giving a very expensive mobile phone to the daughter of a tax official.

This is a story that, I am sure, we have all experienced and witnessed in different forms and shapes in our everyday life.

Now, I would like to point out a few things, which, I feel, are essential to the argument that I am about to make. This family friend, who I mentioned above, comes from the upper echelons of society, is a loving father and husband and if you talk to him for 15 minutes you will detect genuine concern for the state of affairs in Pakistan. He is your average, urban, upper middle class guy from central Punjab; a demographic that will heavily vote for Imran Khan.

To make matters most interesting is that fact that he is an avid Khan supporter and has expressed his desire to vote for him in front of me numerous amounts of times. What is the most horrifying and shocking element in all of this?

Is it the fact that he is an Imran Khan supporter who doesn’t pay taxes?

Is it how easily you can avoid hundreds and thousands of rupees in taxes by offering simple gifts like mobile phones to officials?

The answer is a big whopping no.

If there was some way of calculating the number of people who don’t pay their taxes and are Imran Khan supporters I am sure the answer would be staggering. And as far as bribing is concerned, living in Pakistan, need I say anything at all?

The most appalling aspect of all this is that he actually wants to see Pakistan progress. He, with all his heart, believes that corruption is an evil and Mr Zardari is the anthropomorphised form of it. He will vote for Khan in the next elections, as a stand against ‘dirty politicians’ and their evils. He will keep telling his kids that it is wrong to steal and serving your nation is the highest honour one can wish for. He has been brought up on right wing religious morals and knows and quotes the Hadith about bribes.

He is your family friend and mine. He is not the ugly, fat, bald, moustached green political monster that pops up in your head when you hear the word corruption.

As much as we feel it is our national duty to hate the PPP for what they have done, what we can’t deny is what ‘we’ have done to this country. Let’s face it, corruption is the culture of our country; it has become a life style, from the vendors who inject water into meat to shopkeepers who tamper weights- we have institutionalised it.

So when I say, that the tall claims of ending corruption within 90 days are nothing but delusional romanticism, I am not without reason.

However this is only one side of the picture; let’s just shift our attention to Khan himself. While very few can question his financial integrity (I am certainly not one of them, so trolls, don’t even think about it), can’t we fault him just a little bit for his naivety?

Any astute student of history will know, that the type of change Khan promises to bring in Pakistan takes decades and decades to become part of the national culture. No amount of passion, determination or force can alter national habits in a few years let alone days. There are people who say that when Khan talks about ending corruption in 90 days he is only talking about government organisations and once the bureaucracy and the executive becomes clean the rest of the country will have no choice but to follow suit.

Are we to honestly believe that the daughter of that official will stop asking for fancy phones because the ‘handsome and cool’ Imran Khan became prime minister?

Will his boss’s wife suddenly drop her proclivity for designer wear because Khan is in power?

And most importantly will the minister, imported from PML-Q or some other ‘corrupt party’ mend his ways because this time he got elected on a different emblem?

It is pretty much common sense that the government does not and cannot work in a vacuum. It will be the same contractors, ministers, bureaucrats, tax officials and vendors that they were 90 days before. No one man or party can correct that in 90 days. And then, this 90 day campaign can easily turn into a witch hunt for public consumption in which due process is compromised.

The reality is that it takes decades and centuries to build a modern nation state- not days or months. Had that not been the case, the US would have become a super power at the start of the nineteenth century since they had statesmen like Lincoln and Jefferson. Nation states are built upon institutions and the continuance of the democratic system, not around cult of personalities and ludicrous claims.

So in the mean time, your family friends and my family friends will keep supporting the Khan revolution and not paying taxes all the while cursing the corrupt politicians for this so called “kleptocracy”.