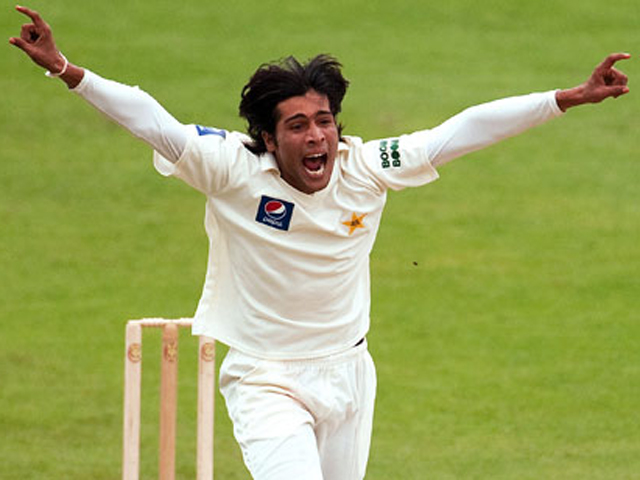 This is the most promising bowling attack on display going around internationally.

For genuine connoisseurs of pace bowling, Pakistan’s tour of England has not only been resuscitating or made for compelling, if not compulsive, viewing but, in its own unassuming manner, it has also been reassuring, given all the public concerns about fast bowlers turning into no less than “dinosaurs” or “dodos.”

All three pace batteries, Australia included, have displayed an acute sense of skill, class and discipline, which underscores the very essence of fast bowling, and made for a healthy distraction from events in Sri Lanka, where getting 20 wickets against two top batting line-ups was seemingly unachievable.

The context of writing this piece is largely due to a discussion on Cricinfo’s Time Out, where Allan Donald, Sanjay Manjrekar and Ian Chappell came out with their own ratings of various international bowling attacks. The consensus seems to be revolving around Australia and South Africa still being the better bowling attack, than say England or Pakistan, which on the first read sounds like a fair assessment, since they’ve been exposed to all available conditions and have yet emerged through it.

Where I disagree though, is Pakistan being rated 5/10 by Allan Donald, since I personally believe that this attack has utilised the tour of England to not just build a reputation for itself, but enhance it as well and that too progressively in every game they’ve played. And yes, I’ll give this Pakistani attack a 7.5/10, purely because they’ve managed to spring up the consistency (which you generally don’t associate with recent Pakistani bowling batteries) insofar as picking 20 wickets is concerned. Of course, they had the conditions to bank on, but sometimes even under bowling conditions, bowling attacks take a confused approach as to trying too many things. Stick to the basics and let the conditions help you, or lose it completely.

Pakistan have opted for a middle-path here, which to me seemed just about par for the course. And of course, for me, the clincher is their discipline and intent, not just in terms of actual bowling, but also in responding to the field the skippers (in this context) have set for them and also a certain amount of flexibility in terms of the roles assigned to them.

I think there’s much to look forward to from the set of bowlers Pakistan have at the moment, and even the assembly chain back home, which is almost certain to produce a prodigious talent or two (remember: in spite of the system and pitches).

Since I do follow Pakistan cricket reasonably closely, I vaguely remember the first time I saw Wahab Riaz bowl in an Under-19 Asia Cup tournament in Pakistan. India did manage to successfully defend a score of 140 odd, and Riaz did look raw, unpolished yet impressive. His progress since then has been one of an up-and-down nature, with a forgettable ODI debut against India in Dhaka, but for a guy who was picked purely on potential than record, he managed to deliver at The Oval.

Much has been written about Mohammad Aamer and rightly so, for he is perhaps one of the most promising bowling sensations today. Besides his ability to swing the ball both ways, his accuracy and discipline for a swing bowler is slightly magical and even from the mental side of things, a bloke who’s 18 or 19 (on paper) has a surreal maturity about him, worth more than a mention.

Add to that, the pure Mohammad Asif, whose bowling is not so much about the wickets but the build-up to most of them, setting up players with a touch of mastery and like an illusionist mesmerising you into falling into his trap. As a viewer and a fan of fast bowling, he has one of the most pure action that you can watch all day, not get bored, sleep over, wake up the next day, watch again, rinse and repeat. And I think, Asif, right throughout this tour hasn’t been given the plaudits, for he richly deserves a lot of it.

Looking ahead, this is the most promising bowling attack on display going around internationally – a classic mixture of not just class and raw ability, but a level of maturity that threatens to overshadow the rest, if heads are where they are and not elsewhere. (read: This is Pakistan we’re talking about. Rinse. Repeat.)

But, in keeping with congruency, I’d also want to play it safe and see how they progress over a two year period, which may demand playing against oppositions like Sri Lanka or Bangladesh in conditions which demand that more than just natural ability – the willingness to graft, the very ability to be patient and most importantly, the ability to keep going on those tracks. And that’s something the Aussies have, over the years learnt to do. Ditto for the Saffers, who’ve devised a particular formula of overcoming teams from the subcontinent, where extra pace for example becomes critical (Dale Steyn vs India in 2008 and 2010) or for that matter, a hit-the-deck-hard bowler who tends to do a job for you from the other end.

Yes, Pakistan have both the talent and ability in these terms, but by evidence, most sub-continental bowlers don’t quite enjoy playing at home. So, this current England tour is somewhere like an internship/apprenticeship where you actually set out to learn with a nothing-to-lose approach about yourself, but I think this attack’s graduation test would pretty much be closer home – even Dubai or Abu Dhabi for that matter.

A freelance journalist based in Mumbai. His interests include cricket, football, international relations and blogging at vadapavgleanings.wordpress.com

Can we have more intelligent cricket stories, please?

Commonwealth Games make us proud (but sometimes they don't)

An open letter to Ijaz Butt

The lament of a jaded cricket fan