The feminism behind gender bias 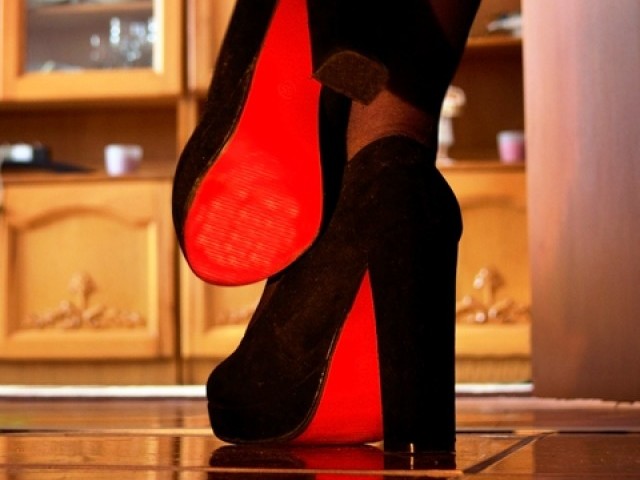 Gender is a socially constructed dogma, that is deeply rooted in most cultures and societies around the world.

Regardless of whether you believe in the word ‘feminism’ or not, it is important to understand the context of it. Feminism has been associated with highly negative connotations such as ‘a career-obsessed women’, an ‘un-Islamic’ woman and the woman who loathes men.

Gender is a socially constructed dogma, that is deeply rooted in most cultures and societies around the world; it has the power of shaping our identities from cradle to grave.

Sady Doyle noted in her article “Don’t worry, be unhappy” that,

“The basic point of the movement has always been that women and men are more similar than they are different, and that it is unjustified to assign limited roles in terms of family systems, social power and status based on something as biased as gender, rather than talent or intelligence or work ethic”.

In reality, it is as simple as telling a baby boy that ‘boys don’t play with dolls’ or telling a man, ‘don’t cry like women’; this makes it clear that it is not that girls know by birth that dolls are for girls – it is how they are conditioned to believe.

Likewise, when men want to cry in their times of loss and despair, they  are forced to control their tears through aggression, because from birth they have been told that crying is a girl’s prerogative.

Undoubtedly, the social conditioning gives birth to conscious and unconscious biases which become our second nature and we start practising it in our daily lives without second guessing our actions or thoughts.

However, by this argument, I do not mean to say we should ask boys to play with dolls or girls to play with cars, but we should allow them to explore their likes and dislikes along with basic ethics and respect for individual differences.  Since the idea behind this critical thinking is to address the need for changing the gender-bias patterns, regardless of how long it takes, only then women and men will be better able to reach their full potential as an equally contributing member of society.

In lieu of the above discourse, my understanding of feminism is about women’s roles in public life and society, free of religious and cultural rhetoric.

This understanding can become a functional philosophy if Pakistani men and women willingly work together to keep socio-economic issues from turning into religiously justified limits on women’s rights. But before creating any revolutionary thinking, we as women need to realise that the age-old restrictions have lessened, but have not gone away entirely.

Women are constantly being slathered with contradictory expectations such as,

“Be as good at your job as any man, but never lose that special feminine side.”

“Get an education, work hard, be ambitious and stay married, remember divorced women have no future but divorced men do have one!”

“Don’t be so career-obsessed that you can’t manage your man or your babies”.

Speaking of babies, one should not forget that there life will become a misery without the babies! As for a successful career, you should have some glory but not too much of it, that you end up scaring the men off by getting more attention than they do. Lest we also forget that a working women may decrease her chances of finding a husband all together because she is supposedly cunning, street smart, maybe promiscuous and flirtatious even, after all landing a successful job can’t be due to her intellect, right?

The answer lies in pushing these parameters set by our society, since time immemorial. Women who shy away from saying “No” and willingly volunteer to become doormats in the hands of patriarchal society end up with all sorts of physical and emotional ailments.

In the analysis of most talked about Anne-Marie Slaughter’s Atlantic cover story, “Why Women Still Can’t Have It All”, Victoria Bekiempis emphasized that, women are expected to  come home from work and then manage a second job as a domestic employee.

The Economist reports that women invest an hour a day toward housework, while men may only spend 20 minutes. Then, as soon as they get pregnant, a group of friends and family members find a reason to celebrate the birth and rave about their long-lived career with the following  piece of advice,

“Now, that you have a baby, stop worrying about losing job, because your baby needs your undivided attention”.

Because, anyway, only a few employers would justly accommodate working moms’ needs, from breastfeeding to scheduling babysitters.

According to Slaughter’s article, the impractical solutions often thrown at working women are,

“It’s possible to have work-family balance with the right partner”.

“If it’s not working, you’re not trying hard enough”.

Such advice and reviews have made the language of women empowerment a bit insensitive towards the over-burdened women of an unjust system, as rightly pointed Bekiempis. Or sadly enough, the language would shift from being insensitive to bitter in cultures like India and Pakistan where people are used to the idea of women looking after babies. They will frequently say to the men folks,

“Work-family imbalance is the result of giving too much freedom to your daughters, wives, or mothers”.

Realising the tide of intricacy of assigned and expected gender roles, I am confident that, even today, if we do not set our own boundaries then we should quit whining about others taking advantage of us.

It is difficult to run a household and manage work full time; a role set by us ‘women’ to please our husbands and in-laws and more often to earn the status of a superwoman in family circles.

Why is it so difficult for us to admit that men are certainly capable of taking care of the kids, shop for food and prepare it, and manage the house after work just like women? Why moms can’t stop conditioning their sons to be princes, bread earners, caretakers, and have a sense of superiority over the opposite sex? Why can’t they stop encouraging their daughters that their ultimate goal is to raise a happy family with a bunch of children and always be fulfilling to their husband’s needs who are supposedly ‘their real caretakers’?

Having said that, it is not about being selfish but it is considerably an appropriate way to cleanse our young ones from being gender-biased.

The efforts towards balancing work and family would always be an uphill task for most of the working women  and until we start believing in what Albert Einstein once said,

“The world we have created is a product of our thinking; it cannot be changed without changing our thinking”.

My request to everyone, men or women, is to show some dignity towards collective human welfare instead of worshiping gender binary.

The author is an M.A. graduate in Corporate and Public Communication from the USA, who aspires to teach Gender/Women Studies in the the coming years.

Unplanned pregnancy: Time to speak up