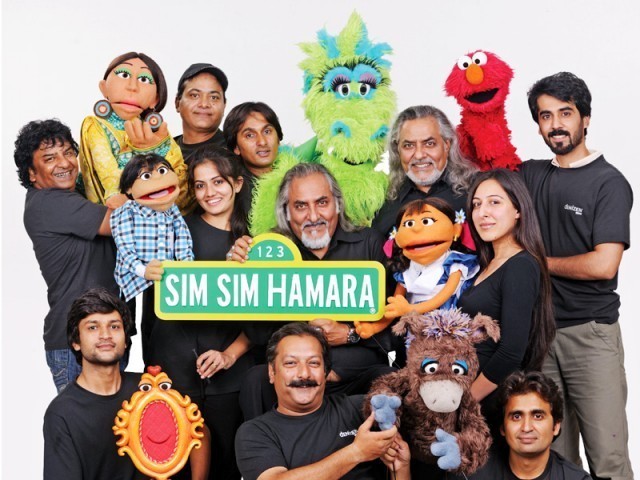 Much to our disappointment, just a few weeks ago Pakistan lost the Urdu version of Sesame Street, commonly referred to as “Sim Sim Hamara”. Sadly, Sim Sim is no longer hamara.

The USAID had invested over $65 million in “Sesame Street” undertakings in more than one dozen countries for over a decade. In Pakistan alone, the investment was around $20 million and was supposed to span over four years. Out of this $6.7 million has already been spent. It is a shame that the US has reason to believe that funds were mishandled much to the embarrassment of every Pakistani who has also known about achievements of the Rafi Peer Group and at one time, held them in high esteem.

Sesame Street was established in 1960 in response to poor literacy skills of American children from low-income households. It encompassed a child-friendly curriculum supporting children’s cognitive, social, emotional and physical development. “Sim Sim Hamara” attempted at educating one-third of those Pakistani children who are unable to attend schools by teaching them about numbers, alphabets and character building in an interactive fashion.

Educational theories have proven that early childhood intervention substantially affects the literacy and numeracy achievement. While the children in most countries of the world are growing up in a benign environment, Pakistani children are being exposed to bomb threats, strikes, ethnic violence in major cities, power outages, and most importantly an unsafe childhood. In Karachi alone, schools remain closed for days when the ‘halaat are kharaab’.

While our generation grew up bicycling on the streets and playing in parks, our children are growing up inside homes in front of the television because we are afraid of the uncertainty that life in Pakistan brings. These restrictions negatively affect children who will emerge as grownups unable to meet the real life challenges in the adult world.

The television show “Sim Sim Hamara” was a much needed and refreshing initiative that brought characters of “Sesame Street” to the homes of Pakistani children reflecting national culture, regional flavour and a mix of urban and rural Pakistan that certainly did not include the harsh atrocities of the lives of Pakistanis. “Sim Sim Hamara” combined aesthetic traditions and the life of a mohalla (neighbourhood) filled with music, and symbols; like a tree, a local school, Baji’s dhaaba, a well, Rani’s backyard, Imo Jee’s studio, a barn and playground that signify an ordinary yet meaningful life to children.

Whether the corruption allegation regarding “Sim Sim Hamara” on the Rafi Peer Group is entirely true or not is a matter that will be investigated, but most important is the fact that Pakistan is in a calamitous state and needs to act responsibly. Pakistan is facing an educational emergency where 20 million Pakistani children have zero access to education, 50% Pakistani public schools lack clean drinking water, 37% schools have no toilets, 55% government schools have no electricity, 33% of the children would never see the inside of a school, and a quarter of Pakistani children will have no education at all.

According to UNESCO, Pakistan ranks 118th out of 129 in its progress towards the achievement of Education For All (EFA) goals. This is an overwhelming situation for a country which is often on the verge of bankruptcy and where the budget allocation for education has been around 2% of the total GDP for the last several years.

Rs100 billion is needed additionally each year for the country to meet basic education requirements and combat the educational emergencies. The government of Pakistan always blames shortage of financial resources for the low literacy and enrolment rates in schools. Interestingly, in comparison, there are twenty-six other countries that send more children to primary school but are poorer than Pakistan. While we’re on the subject, the USAID Pakistan’s role in the development sector cannot be denied, especially when Pakistan received $2965 million just for the fiscal year 2012. The USAID has contributed to health, energy, economic growth, stabilisation, education, cross-cutting themes and humanitarian assistance for long term development. The US currently, also has the largest Fulbright programme in Pakistan where around 450 different awards are given annually.

It is speculated that the congress is looking to cut down Pakistan’s budget and if it happens, it is the Pakistani nation that is going to suffer due to the over-reliance of the Pakistani governments on foreign aid and irresponsible behaviour of the Pakistani citizens in charge of implantation of programs. The US has a complete right to audit and ask for accounts to ascertain where US taxpayers’ money is spent, and whether it was used to build schools in the Malakand region, or used to buy a car by a Pakistani bureaucrat.

It is high time that we all realise that just by saying, “Open, Sesame” a magical door will not lead to a cave filled with donor agencies who will provide solutions to our problems in exchange of agreements. Neither would “Sim Sim Educational Emergency” shut the door of educational miseries. Ex-prime minister Yousaf Raza Gilani termed the year 2011 to be Pakistan’s “year of education” after an education emergency was declared in the country, acknowledging that the failure to achieve educational goals could lead to disastrous human, social and economic consequences. If only the government could supplement spoken commitments with actions, things would have been very different, but they are not.

It is time for all of us to realise that Pakistan cannot keep asking for others because there will be a time when others would stop giving. It is time for all of us to understand that failure to achieve educational sustainability is not like losing shares in the stock market. It translates to losing in the global competitive world, losing our future – the nation’s future. Therefore, we need to closely look at the choices we have and decide which path we shall take.

An educationist at heart who has taught at undergrad and school level, has worked with children, acted as the Chairperson of the Standing Committee of the Culture,Sports and Youth Affairs of the Youth Parliament of Pakistan, and is a Fulbright Scholar. She is a Graduate Student in the Educational Administration and Policy Studies Department at the State University of New York.

Polio is not a US conspiracy

Battling polio: If only our children were vaccinated