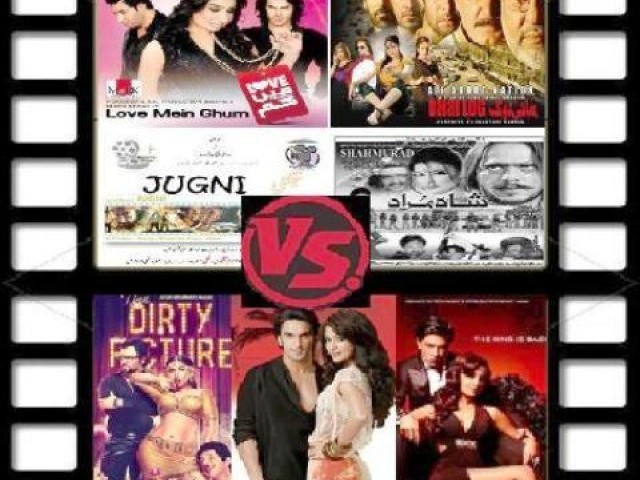 The idea is that through a protectionist policy one can adequately control competition, thus giving an edge to Pakistani films at the box office. GRAPHIC: ERUM SHAIKH

Ayub Khan first banned Indian films in Pakistan in 1965. While it was a developing industry, the protectionist policy had a nationalist undertone rather than a solid economic rationale that would benefit filmmakers.

Obscured by a political and nationalistic dimension, the long-term health of Pakistani cinema was ultimately hindered.

Today, the debate regarding the ban on Indian films is prevalent amongst the film community. The idea is that through a protectionist policy one can adequately control competition, thus giving an edge to Pakistani films at the box office.

The debate has been dominated by hardline filmmakers who insist that they can not only protect the country from cultural imperialism, but also economically revive the industry simultaneously. Protectionist policies have always been a double-edged sword since they are merely a lever towards a more comprehensive solution for the revival of cinema. There is no doubt that economic protectionism can effectively allow an industry to grow economically — but on a limited level. For Pakistan, protectionism has had a limited impact due to censorship codes and legislation.

The more adventurous themes in the 1960s attracted disdain from politicians while the popular government of the 1970s opened the door to regional cinema and reflected the social philosophy of “roti, kapra aur makaan”. The national psyche was subsequently reflected in movies like Maula Jatt. The eventual ban on Indian cinema meant that art and filmmaking became limited.

It is, therefore, imperative that one does not resort to nationalist and political compulsions when considering the long-term growth of cinema, in order to pander to the popular ego.