Going to the bazaar in chains 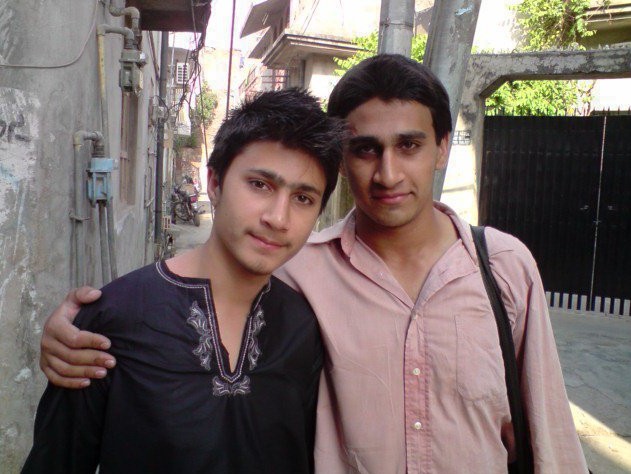 The Butt Brothers: Who now in our beloved city is still pure? Who now is worthy of the executioner's hand? - Faiz Ahmed Faiz

Picture this: I am walking down the street tomorrow, and someone accuses me of being a robber, murderer, blasphemer, Ahmadi (take your pick). Would you attempt to rescue me from the clutches of the frenzied mob encircling me, baying for blood and laughing in glee at my panic? Or would you rather just watch the gory spectacle, enthusiastically recording it for posterity, the screams of anguish, the blows of the sticks and stones, and the spurting of blood?

I can see the answer forming on your lips.

Yes, of course I would, you say. Are you sure? Would you have the courage to face down a menacing mob dotted with law enforcers? Wouldn’t it complicate your life to take on so many frenzied men, just to fight for the rights of one person? How many of you could be bothered to step out of your comfortable home and the embrace of your beloved laptop to demand justice for those two helpless brothers? Yes, you protested vehemently on all the blogs and social networking sites, and slammed the killers and said all that needed to be said. But are you really willing to march on the streets demanding justice for those unknown kids from Sialkot? Of course not. As long as it doesn’t affect you and your family, you don’t care one whit.

I couldn’t meet the bereaved mother’s eyes… could you?

Her life has been shattered into smithereens and her haunted eyes speak of her anguish. She is asking for justice for the battered, bloodied and mangled bodies of her sons. What kind of justice will she get in a land where the prime accused in the lynching, SHO Rana Ilyas, manages to escape from the office of the DSP Sialkot? Notwithstanding the claims of the Punjab Chief Minister Shahbaz Sharif that the culprits will be arrested within three days, the DPO Sialkot, Waqar Chauhan, who is seen approvingly patting the backs of the bloodthirsty killers in the video, has been made Officer on Special Duty (OSD) and is now enjoying a comfortable house arrest at the government rest house. Chauhan even has the audacity to claim that the video evidence is fabricated. What of the Rescue 1122 official who held down the legs of the boys while they were being tortured? Or those who rained the blows on those writhing and wailing kids and then strung up their bodies? Terming the assailants animals is an insult to the animal kingdom, because even animals are not so heartless.. they only hunt down their prey for food.

Ironically, it is the victims whose names are being sullied.

Although the administration and the community had earlier confirmed that the lynched youths had no criminal record, MNA Firdaus Ashiq Awan now says that the boys were robbers. She points to evidence of stolen items recovered from boys which has suddenly been made public. Even if they were miscreants, how does it justify their murder? It just so happens that this incident happened in her constituency, but instead of resigning or ensuring that justice is served, Ms Firdaus prefers to rub salt on the wounds of the shattered family. She has pointed out that the father of the two boys did not speak for three days after their deaths, and the uncle filed the FIR with the police station. So? “His silence for three days is also meaningful,” the Minister said, adding that the father was even reluctant to receive the dead bodies. How would any father feel when told that not one, but two of his sons had been cut down ruthlessly in their prime? The final bombshell that Ms Firdaus delivers is yet to come. “The DPO thanked the people who killed the boys saying that these youths had given tough time to the police.” Does this statement not bury the story the DPO is trying to sell? One can only hope that these glaring discrepancies in the statements will be taken into account by the learned CJ and the investigation team.

What happened in the recent JPMC nurse gang rape case?

The main culprit, Dr Jabbar Memon, has not been convicted yet, despite a positive forensic report, because he has powerful political connections to a political party. As for the other rapists and the senior nurse who led the victim to her fate, they are free to carry on abusing their positions of authority. Meanwhile, the poor nurse’s life has been ruined and her career is in tatters.

Do I hear you saying that it is lack of governance and accountability that has contributed to the mob playing judge, jury and executioner? But what about our tendency to be so holier than thou, sanctimonious, contemptuous, and unforgiving of anyone who does not meet our holy approval? Ever notice how we sneer at those who say “Khuda Hafiz” as opposed to the politically correct and Zia inspired “Allah Hafiz”? Anyone who doesn’t meet our preordained criteria is worthy of disdain and ridicule.

Surely, we were not always such insensitive morons. I remember my parents’ era as being one of open mindedness, tolerance, and respect for others. Was it Zia, the Kalashkonov-isation of our culture, the mind numbing drugs, the idiotic curriculum, the suicide bombers, the superiority complex or the sad leadership vacuum that has led us so far astray? All I know is that now we are very, very angry.

Pakistan is becoming more and more like a pressure cooker which is on the brink of boiling over. But the irony is that instead of channelising our anger, frustration, and impotence at the state of affairs by voting out the charlatansi, and mobilising ourselves at a community level, we are turning upon each other. Of course, the butchers of Sialkot were all “good” Muslims who were praying and fasting, but they were just in the mood to offer up two human sacrifices at the altar of Islam. I can tell you that if today it is Muneeb and Mughees who are bludgeoned to death, tomorrow it may be me who is set upon by a rabid crowd, but the day after it will be your turn.

“Let us go to the bazaar today in chains

The city’s ruler, the general populace

The arrow of accusation, the stone of abuse

Who else beside us is their intimate friend

Who now in our beloved city is still pure? Who now is worthy of the executioner’s hand? We are the ones who have to be murdered, my friends

Let us go to the Bazaar today in chains…”