Dr Seuss and the Mullah 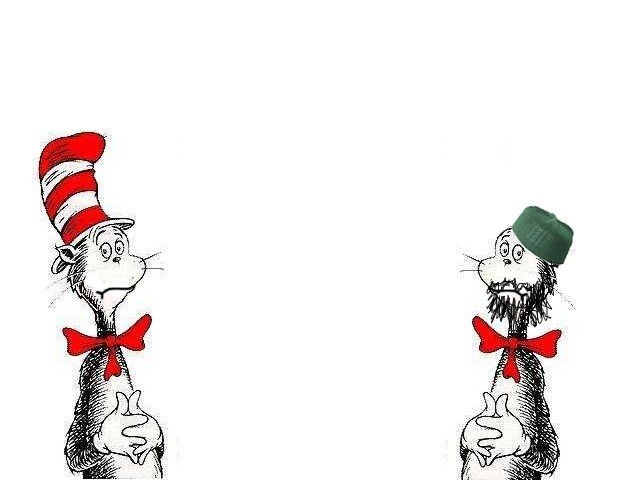 At the mosque today, a man takes the pulpit.

He warns us quite gravely that we are all culprits;

Islam is the true religion, it would seem.

The others seem destined to fail, in his dream.

So we’re told to convert them: The Christians and the Jews.

The Pagans, the Buddhists, and the Brahmin Hindus.

I take great offense at his words and inflection.

Politely I stand, and I pose him a question.

Are any of them really that different from me?”

Calling me a “kafir”, he says I’m incorrect,

And my sacrilege’s earned me a ticket to heck.

On what grounds am I not a good Muslim? I snort.

Could it be that my beard is two inches too short?

Or perhaps my trousers are two inches too long?

Surely covering my ankles can’t be that wrong.

Was I three degrees west of Makkah when I prayed?

Was I corrupted by the video games I played?

Or when I ate with my left hand at lunch that one time?

If I’m to be condemned, at least tell me my crime.

Maybe it’s because I treat others as equals.

Not as non-believers but as regular people.

Maybe my priorities are different from yours.

Rather than head scarves and beard paint, I help the poor.

It might be the fact that I don’t speak for the crowd.

Or force my opinions onto others, out loud.

Is it that I don’t quote the Quran when I speak?

On what criteria have you made this critique?

What will get me to heaven? Please tell me good sir!

Why are you so unwilling to let us confer?

Why do you resist, when I ask for your help?

Could it be that you don’t know the answers yourself?

Could it be, that on some mountain height,

It won’t be blasphemous, if one said “Brahma’s might”?

Could it be that Muslims, Hindus, Christians and Jews,

All touched the same spirit through the God that they knew?

It really matters not, in what building you pray.

And if your beliefs aren’t set in stone, then that’s OK.

Take your time, teach yourself, then you’ll understand.

At the end of the day, we all share God’s own land.