Why I love Bilqees Kaur 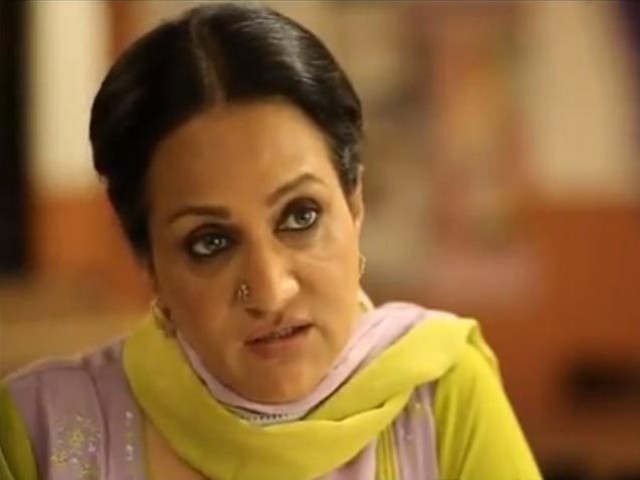 Bilqees Kaur is a hardworking mother who fears that her children will repeat her mistakes. PHOTO: SCREENSHOT

The excitement and hype created by “Humsafar” still hasn’t ebbed despite the fact that the last episode aired a couple of months ago. What got us all Humsafar-ing was the beauty of the script, the flawless performances, the impeccable storyline and the mesmerising star power.

Can any other Pakistani drama compete with the hype that “Humsafar” created?

I think “Bilqees Kaur” is a drama serial that has the ability to match the bar set by “Humsafar”.

“Bilqees Kaur” is a drama about a Sikh woman who has run away from home with a Muslim man, Iqbal Bhatti ─ played by Khalid Ahmed – and has settled in America. She has four rebellious children who are Punjabi Americans, and two daughters-in-law who she isn’t a huge fan of.

The TV serial features the ever-so-stylish and talented Bushra Ansari as Bilqees Kaur, nicknamed Billo. She has been brilliant throughout her career. Bushra Ansari always encapsulates the essence of the character whenever she performs, be it in the drama”Bijlee“, or “Dolly Ki Aye Gi Baraat”. When Ansari performs, she performs effortlessly and almost seems to forget herself, so immersed is she in the character she is playing.

I must commend Ansari on her fluent and thick Punjabi accent. I think she could fool anyone in to thinking that she is really a Sikh from Punjab, such is her skill.

The modern Ansari who appears on talk shows is well groomed and cultured while Bilqees Kaur is a tough and simple woman, who eventually admits her mistakes and regrets what she has done in her past. She is a very dominating mother who is not comfortable with her children doing things the way they want to. Her ego overshadows everyone else’s decisions at home as she goes by the “my house, my rules” principle.

An interesting twist to the tale is that in spite of her attempts to keep her children under control, her daughter runs away with a boy just as she did many years ago.

Sadia Imam (Peno), on the other hand, is shown to be a suppressed character who is pressured by her dominating mother-in-law, Bilqees. She once used to be a girl with dreams and hopes but is now a silenced woman with shattered ambitions. Her husband does not support her at all and she is just living her life as it comes without any expectations.

From the beginning of her career, Imam has been an skilled actress. Her fans have not seen her on TV a lot lately and are, no doubt, enjoying her on screen performance.

Syra Yousuf (Soha) and Ahsan Khan (Sultan) play the roles of the daughter-in-law and son of Bilqees respectively. The sour mother-in-law is seen giving Soha a hard time. Soha has shifted from Pakistan to America with her husband and is having trouble adapting to the unexpected environment of his disorganised home.

While Syra and Ahsan look good as a couple, they have failed to produce satisfactory on-screen chemistry. Well, I guess the bar was set high with Ashar and Khirad – still, they just don’t gel as a couple.

All in all, “Bilqees Kaur” is a lively and entertaining drama. Where serials based on romance typically dominate the Pakistani drama scene, this one sets itself apart by showing viewers a much more realistic side of life; a working mother who is using the stick approach to prevent her children from making the same mistakes as she did. I believe that it is a good blend for a TV screen hit.

I am excitedly looking forward to see how this series unfolds. I’m sure it will be shocking and I’m hoping that the  aspect of reality of the drama will be maintained.

The author is currently pursing studies in Media Sciences.

Usain Bolt: The fastest man in the world