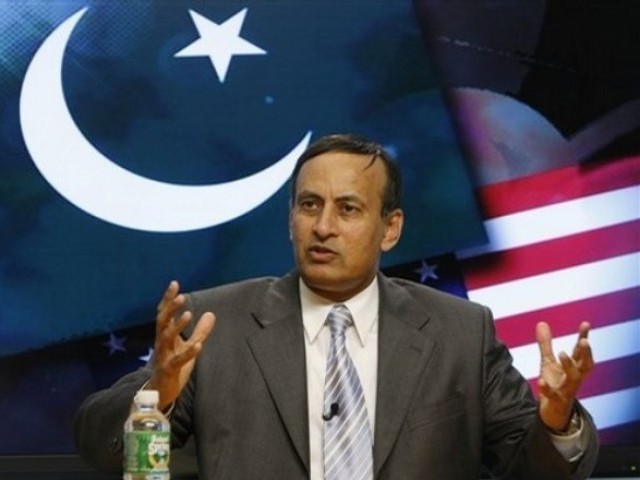 Perhaps no individual in Pakistan has had a rise as steep as Husain Haqqani. As an ordinary journalist, he climbed the ladder of success to become first a respected academic and then Pakistan’s envoy to the United States within a couple of decades.

Before becoming an ambassador, he was a staunch critic of the Pakistan Army and its US support. His books, opinion pieces and articles in various newspapers are ample evidence of his pro-democratic mindset. The notorious Memogate scandal, accusing Haqqani of seeking US help against the Pakistan military unfolded in a very strange and unbelievable way. As a sane person, it’s hard to imagine that a man of Haqqani’s wisdom would opt to do something so irrational.

It all started in October 2011, with the publication of the memo in the Financial Times by the American businessman — and carrier of the said memo — Mansoor Ijaz, to the then chairman of the US Joint Chiefs of Staff Admiral Mike Mullen through General (retd) James Logan Jones, former US national security adviser. Following the revelation of the memo, the power corridors in Pakistan started whispering and the burden of truth was left to be unravelled by the Supreme Court.

After the submission of affidavits by the army chief and the then ISI chief, confirming the existence of the memo, Chief Justice Iftikhar Muhammad Chaudhry constituted a judicial commission to ascertain the origin and authenticity of the memo. The commission, led by the chief justice of the Balochistan High Court, Justice Qazi Faez Isa compiled a report declaring Haqqani guilty of high treason for authoring the memo for personal gains.

I fail to comprehend the melodrama played out over the past six months. How can an ambassador, who is thought to be the best Pakistani liaison official in Washington, have his reputation tarnished by the likes of Mansoor Ijaz? And the drama has not yet ended. The question now is whether Haqqani will return home. Will he surrender his life at the mercy of the nine-judge bench led by the chief justice whom Haqqani had fully supported in 2007 when then president Pervez Musharraf tried to oust him? Will the court punish him in light of Articles V and VI of the Constitution and set a new precedent?

A reporter from Islamabad on the national desk of The Express Tribune.