The good, the bad and the ugly of Coke Studio episode 3 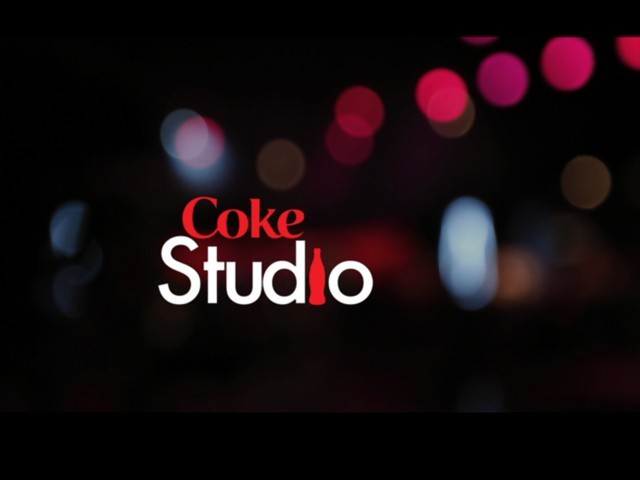 According to listeners and viewers, this time "Coke Studio" has failed to cater to their music appetite.

For our music industry, “Coke Studio” is like a gemstone that is emitting rays of hope for music lovers all over Pakistan. Overall, it would be completely fair to suggest that “Coke Studio” is innovative music to everyone’s ears.

However, season five has received a lot of criticism; according to listeners and viewers, this time “Coke Studio” has failed to cater to their music appetite and this outcome might well be considered a musical faux pas.

Let us go through the comments and reviews of our music experts and fans regarding a recent episode of “Coke Studio” to decide whether this statement holds any truth or not.

This has to be by far the messiest track that has ever been composed in the history of “Coke Studio”. And I tell you, I’m not the only one holding this opinion, in fact it’s a statement by the “Coke Studio” fans. The song was first sung by the famous Pakistan singer Saira Naseem for the super hit film “Choorian” in 1998 and it attracted a lot of praise. But the rendition of this song was a disappointment.

Sadly, the outcome of this experiment, according to its listeners, was just a waste of energy, time and resources. The connotation of “Neray Aah” is romantic and enticing, and according to the viewers and listeners it should have been done as per its original theme.

Even though Rachel Viccaji owned the song, she failed to impress the audience. The reason behind this, I believe, was the language barrier. It was difficult for her to learn and understand the poetry of the song, and as we all have heard from the literary community, changing the medium of anything will be at the cost of its purity.

The second reason that ruined the originality of the song was the pitch it was sung at. As mentioned, the nature of the song is naughty and romantic, but the song was performed at a high pitch which destroyed it’s very expression.

According to the fans, the performance by Uzair Jaswal was very mediocre. The only attraction was the chunk of Ustad Nusrat Fateh Ali Khan’s “Tere Bin Nai Lagda”, which really boosted the bluesy stage and injected the song with some life.

The vocal expressions by Jaswal lacked a sense of maturity and just fell flat. In fact, it felt like a college concert not a “Coke Studio” composition. For the avid music lover, this performance, just didn’t suffice.

Having said as much, young Jaswal can count on Ustad Nusrat Fateh Ali Khan’s song fusion to maintain his followers.

We all know about Bohemia, the Punjabi rapper from California. Bohemia had also performed in the first episode of “Coke Studio” season five on “Paisay Da Nasha”, and then once again he strummed the strings in “Coke Studio’s” third episode.

According to the fan community, the recent song “School Di Kitab” by Bohemia was not really a song ─ it was more of an essay which had been written in the light of his personal experiences. At the same time, some people said that it’s a good way to upraise and encourage oneself.

Somehow, the lyrics of “Paisay Da Nasha” were considered to be provoking and meaningful. It felt like “School Di Kitab” was delivering a a rather unpleasant message; that children need to bunk classes and ignore education.

However, is this really surprising? According to some websites, Bohemia himself was a very slow learner and has never been keen on studying.

Even though this might be true, the message derived by this song could impact our youth in a negative way. Artists should be wary of this, as a lot of youngsters idolise them.

Bilal Khan became a part of this industry just a few years ago and he has become a popular name amongst the youth.

The only shocking thing that has happened so far in this season of  “Coke Studio” is that Bilal Khan has sung his first ever ‘happy’ song!

Wow, what a exhorting and heartening song. Kudos to Rohail Hyatt for exploring the new side to Bilal Khan’s talent, something his viewers must have been secretly wishing for.

The music for most of his songs is filled with the expressions of angst, depression and deep emotions, but this time he really hits the happy notes and seems almost ready to say goodbye to broody, sullen ballads.

Let’s talk about the feedback of the experts and music fans, and explore the shortcomings of the song.

The rendition was full of energy but the lyrics of his song, once again, reflect gloominess and the element of accusation. On the other hand, Bilal Khan incorporated optimism and which will serve to inspire the youth to go after their dreams, look forward to their future, and encourage them to sport their rose-coloured glasses once in a while. The music composition was dressed with the same instruments yet, the guitarists played to the crowd and their’s is the part that will be remembered by many.

I believe that this song will take some time to grow on the  listeners and viewers. So keep listening and try to inhale the ditty of charming Bilal Khan.

Hadiqa Kiyani is probably the best thing that has ever happened to “Coke Studio’s” thus far. She is the one talisman for “Coke Studio”, who really strikes the beauty and rhythm of every single instrument and has won the hearts of  the listeners, spectators and professionals alike.

According to the experts and fans, the only hope for season five’s success might be Kiyani’s performances. This time she performed Ameer Khusro’s kalaam (poetry) titled “Rung”. This Qawali had become a part of many Sufi gatherings because of the spiritual value it possesses.

According to different sources, Khusro wrote this pious piece when he met “Pir Nizamuddin Auliya “. He returned home with glee and told his mother that he had met the person whom he had been searching for.

The kalaam illustrates a believer’s devotion, chastity and achievements.

Hadiqa indulges herself in the origin of Ameer Khusro’s kalaam and delivers it with the zeal and glory it deserves. The purity of these words are successfully reflected in her every single note. It won’t be wrong to say that she’s done the kalaam justice.

She definitely hits a home run with her performance on the “Coke Studio” stage and no doubt the house members beautified it with their mesmerising performance; what a heavenly fusion indeed.

An associate producer and researcher in Express News who Tweets @PareesaZareesa