Why no football fan can afford to miss La Liga season 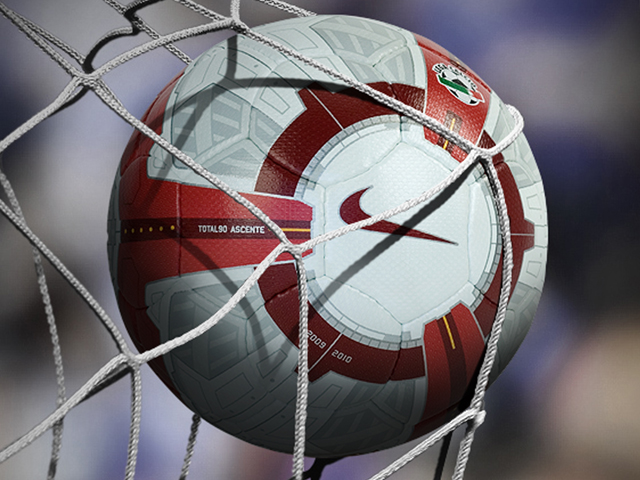 This season is the ultimate litmus test of what the game of football is all about and what style is going to prevail over the course of the next few years in club football.

This upcoming La Liga Season has the potential to be the best season in memory.

Conflicting styles of playing football have been the subject of debate for decades. Countries have through the performances of their national sides, found themselves on opposite sides of the fence in their approach to tactics and strategy. The universally recognised dividing line seems to be whether teams are considered attack minded or defense minded, which makes perfect sense in a game where there are three outcomes (win, draw, lose) as opposed to the usual two (win, lose) in other sports.

Clashes in styles of play that belong at opposite ends of the spectrum are usually at the continental level if not the international level alone.  Leaving us with few chances to exhibit a true test of grit between defensive and attacking sides since one has to wait four years for each opportunity to see the same at each World Cup.  This upcoming La Liga season however, is somewhat of a unique situation.

Jose Mourhinio’s move to Real Madrid, signals the beginning of some of the most pragmatic and conservatively minded football to ever be played at the Bernabeau. In sharp contrast, his ultimate rival in the league happens to be Pep Guardiola’s Barcelona, the epitome of the exact opposite style of play.

I have to say, that I am a tad biased towards to the idea of Barcelona winning it all this year, mainly because I am a vocal critic of Jose Mourinho, whose legacy I feel is a feeble one but that is another discussion for another day.

La Liga will then be able to look forward to ‘The Special One’ vs. ‘The Chosen One’ in two El Classico encounters which are going to be incredibly hard fought matches, ones that I would think have more significance to them than clashes on their respective Champions League schedules. We are in for an incredible treat not just during the regular season, but La Liga Cups and of course the mouth watering prospect of a knockout round Champions League encounter.

No matter whom your allegiance lies with, I think football fans around the world should embrace this season of La Liga with an attitude befitting a universal football fan more than anything else. We are going to get to see the greatest in the world square off, constantly pushing each other to retain top spot in the table or face the humiliation of coming second. Last year if you remember, Real Madrid and Barcelona both crushed La Liga’s all time point tally. Sadly, only one of them could win. This year, I don’t think anyone would be surprised to see last years record walloped as well.

A couple of short notes on the sides as they are now, keeping in mind that the transfer window is very much open.

Arguably the most successful coach of all time, having won the league and champions league with several different teams. Jose Mourinho is worthy of the name “The Special One” however his success against Barcelona in the past has been limited to his most recent victory over them while coaching Inter Milan in the Champions League semi-final of 2009. A result that could have gone horribly wrong for him had Bojan Kirkic put head to ball in the dying minutes of the game with a near open goal.

The Special One’s move to the Bernebeau saw sweeping changes he is famous for, building a residential complex for players to live in between practices and instituting a list of disciplinary rules so tight that one might think he has some strong German roots we are not aware of. It will however, be of incredible interest to the footballing world as to what happens when a superstar like Christiano Ronaldo breaks one of his team rules. One must wonder as to whether Real Madrids top brass will unconditionally support their coach over their superstars, something that has been in short supply as of the last eight years or so.  If there was ever a manager that could keep the board room happy it is Jose. After all, he managed to win over the support of Inter Milan, another club that had a poor history with respect to supporting their managers through thick and thin.

Real Madrid however have a lot to look forward to. Kaka is now fit again and will hopefully settle in better this season. Ricardo Carvalho moved to Real Madrid for a mere £8 million and is easily one of the best center backs in the world. Gone are the days of having to rely on Hierro. Ozil who shone in the world cup could prove to be a solid compliment to the midfield taking some of the pressure off of Christiano Ronaldo. To be honest, now that Xabi Alonso is playing for Real Madrid, it is tough to spot whom the weakest link really is anymore.

Just when they thought they might be able to rest on their laurels in terms of solidifying their legacy, Pep Guardiola’s side have been openly challenged to a war by Real Madrid over this years La Liga title. For the last three years, everyone has tried to prove Barcelona wrong and have more often than not, ended up on the short end of the stick.

As an AC Milan fan for life, I know the unsettling feeling that is associated with hearing Jose Mourhino is coming to manage a team in your league. It is a slow sinking feeling of despair. It will be no different for Barcelona unless they make some early statements in the form of a few big wins at the start of the league. They absolutely cannot afford any early mistakes or draws because one thing is for certain, Real Madrid under Jose Mourinhio will only get better as time goes on and Jose is famous for his tail end of the season, nerves of steel performances that always manage to squeeze out of a result.

On the transfer side, David Villa promises to deliver what Ibrahimovich should have and with the departure of Henry, Pedro should get some much deserved playing time up front nearly guaranteed. The biggest disappointment out of Barcelona in the last few months has to be the transfer of Yayah Toure to Manchester City, as Pep Guardiola will need to find an able replacement and doesn’t know what he is missing out on. The assertion that Sergio Busquets will be able to fill his shoes and also be able to play a full season is laughable and while Keita proved he is worthy of the Barcelona jersey last year, he is far from a seasoned veteran. A replacement for Maxwell at the back would also go a long way to boost Barcelona’s chances, Eric Abidal is now showing his age unfortunately and cannot be deemed a worthy replacement.

No matter what happens though, this season is the ultimate litmus test of what the game of football is all about and what style is going to prevail over the course of the next few years in club football. The arguments will go on forever, but the proof is in the pudding and the pudding just happens to be this La Liga season.