How not to lose your kid 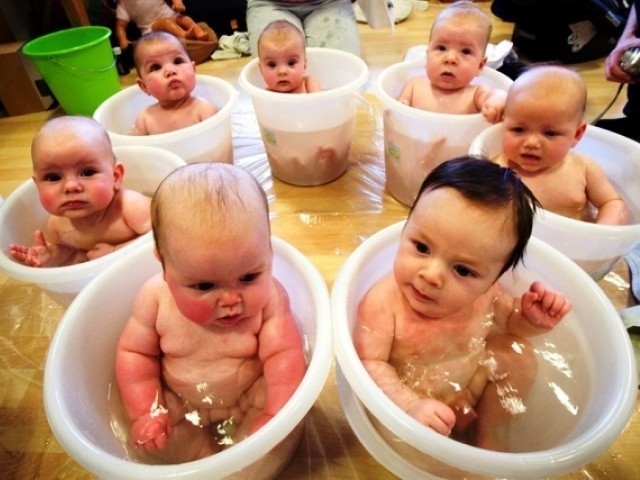 When it’s in the news, that yet again, someone has forgotten their child somewhere, such as David Cameron did some time back, it may not come as such a shock. PHOTO: REUTERS

As any parent will tell you, leaving the house to go for, say, buying bread, is not as simple as you may think. Normal people will grab their wallet and their keys and run out. For parents, it involves a long litany such as taking the kids to the bathroom, getting them ready (which has a litany of its own), packing a bag of toys, snacks and spare clothes, and by the time you are finally ready, a kid will need the bathroom again.

So when it’s in the news, that yet again, someone has forgotten their child somewhere, such as David Cameron  did some time back, it may not come as such a shock. While many commentators will express their awe at how terribly inhumane parents can be, most people will only shake their heads and reminisce how last summer, they accidentally forgot their child in the restaurant and headed home.

It’s really not that hard to do.

Most of the time, one parent thinks the other has the child. So they get in the front seat, assuming that the child is safely strapped in the car seat at the back, when in reality they are licking a popsicle in the freezer aisle at a store.

Sometimes, laden with so many bags of shopping, your purse, keys, and other personal belongings, you tend to “forget” one object is missing. This is the most common excuse parents give, who sometimes return home from shopping and realise they forgot their child in the trolley or by the cash register.

Worst still, is the excuse when parents are talking on the phone, or flipping through their smartphones that they tend to get distracted and the world around them hazes out. You see these people walking down the road texting, completely ignoring their surroundings, making pedestrians jump out of the way to avoid them.

However, excuses or not, it is a mistake beyond a mere accident, and can have tragic consequences. While some parents are lucky enough to dash back and retrieve their lost child, others aren’t.

Several cases have come to light in the United States, when parents rush to drop their children off to nursery and then head to work – only to realise in the late evening that they actually forgot to drop their children and left them in the car for up to eight hours. Tragically, most of these children do not survive, suffering from heatwave and brain swelling. Once parents think that the child has been safely dropped off, they tend to “relax” and forget about the child. This situation has become so common now, that safety advocates have petitioned for warning systems in cars that can set off an alarm if a child is left in the back seat with the car shut off.

Irfan, now 28, recalls the time his parents forgot him at Karachi Airport when he was nine. A couple found him and asked where he lived. They took him in their car and drove him home so his was a happy ending. Even then, said Irfan,

I was checking the whole way to see if they were following my directions as I had no idea who they were. It still sends chills down my spine to think if someone with bad intent had driven me, or if I had not known my address.

Fatigue, exhaustion, confusion or simply juggling priorities– as parents we need to be ever so vigilant and careful when it comes to taking care of our children. It only takes a moment for an accident to happen.

So before it happens, keep a small check-lists:

The wisdom of children