Why is Manmohan Singh’s village better than mine? 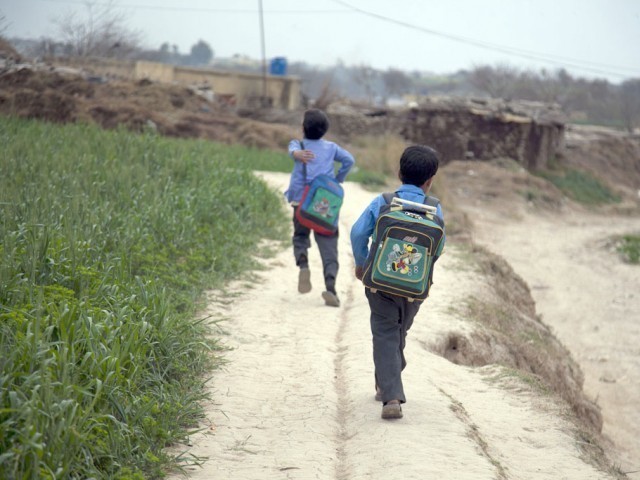 "Its heart aches for the children who walk along the unpaved streets and it despises the darkness that overcomes the village past sunset".

Reading the tale of a ‘modern village’ Gah, I was amazed at how each word painted a surreal picture of an ideal village. Was this village really in the same country and the same province as my village?

Gah happens to be the birth place of the Indian Prime Minister, Manmohan Singh. As a friendly gesture, Musharraf’s government labelled Gah as a ‘modern village’ and what followed miraculously helped to improve the standards of living of the poor people there.

Commendably, Manmohan Singh stayed in touch with his roots played a pivotal role in supplying the village with solar energy. Thus, the people of Gah are heavily in his debt and greet him with open arms for his generosity.

The news article I recently read about Gah spoke of a village in Chakwal with a population of nearly 2,000 villagers. This village has undergone a surprising transformation due to the development funds being diverted to it by the former government.

A literacy rate of a 100% has been achieved here and children can now study in the schools located inside the village. The kachi (unpaved) streets are now paved and solar street lights have been put up which help to brighten the path for the villagers at night. Projects on sanitation and clean drinking water are also underway.

Unlike the rest of the villages in Pakistan – where people have to sleep outside battling the scorching heat – the residents of this modern village can now sleep inside the comfort of their own homes as they enjoy unrestrained electricity supplied by the solar panels installed on the roofs of their residence. Children no longer have to burn candles to study at night. Moreover, in the winter time, when the temperatures drop, a small mosque in the village has a water heater so that wuzu (ablution) can be performed by the villagers without any difficulty.

As I looked at some of the pictures of this ‘modern village‘, it reminded me very much of my village near Vehari.

My village is not as fortunate as Gah; no famous personality was born here and hence no benevolence is bestowed on its residents.

It is yet to be blessed with the basic necessities like natural gas. Those who cannot afford gas cylinders still burn fire wood for cooking and to keep their homes warm in the winters. Just like Gah, agriculture is the main source of livelihood here as well, however, when the farmers return home after toiling the fields all day, they are welcomed by the agonising power failures that occasionally last for hours. With no decent hospitals and schools in the village either,  people are forced to travel to nearby cities for the fulfilment of their bare necessities. Even the main road connecting my village to the nearby city like Vehari, has been under construction for almost a decade now.

Overall, the development in this region remains sluggish and there is hardly any political will or active plans to procure the much needed improvements.

A picture in the news article mentioned above  struck me was one showing the Banyan tree where Manmohan Singh might have played as a kid; it brought back old memories.

My village had a similar mighty banyan tree near the main chowk (roundabout) as well. The old tree covered the entire chowk and it once bustled with life. Children used to play around it all day ans many elderly people would sit at the chowk discussing day to day matters. Even now women – on their way back from the fields – can be found sitting under the shade trying to gather the latest gossip.

Both these trees must have witnessed several generations come and go. The kids that once played around it must have grown old by now and have probably started settling down with their own families. Some of the elders who once sat discussing matters under its shade must have parted from their beloved by now.

Unfortunately, the banyan tree in my village has seen almost everything but a change in my poor village.

It stands quietly in the moonlight wondering when there will be solar power that will brighten every street of the village it resides in. As its leaves stir in air, it gloomily looks at the poor labourer sleeping underneath its branches and it secretly envies the people of  Gah who can sleep soundly in the comfort of their homes. Its heart aches for the children who walk along the unpaved streets and it despises the darkness that overcomes the village past sunset.

Whereas in the modern village, not so far away, another banyan tree stands proud as it once gave shelter to a boy, who later became a Prime Minister. It has the most telling stories to brag about of this saviour of its village.

All I can do now is wait eagerly for a saviour to be born in my village; a saviour who will one day change the fate of the people of my village too. Till then, I look hopelessly at the Bilawals of Larkana, Sharifs of Lahore and Gilanis of Multan to come to our help.