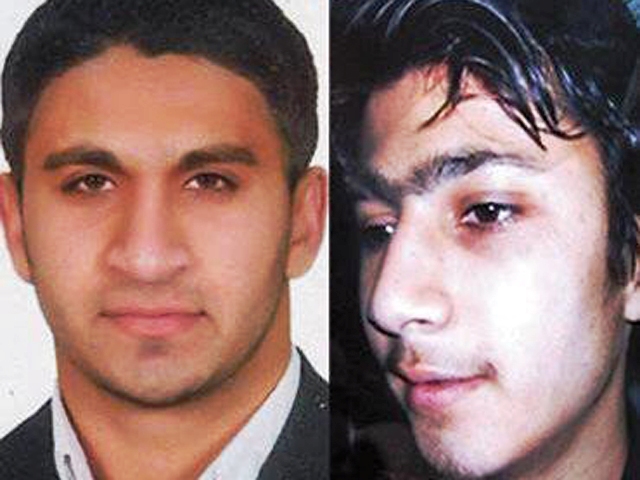 Mughees and Muneeb, the brothers who were killed in Sialkot.

Watch the gruesome Youtube clip of the Sialkot lynching incident of the brothers, Mughees and Muneeb, and you will wonder why no one tried to stop the demonic perpetrators.

What brought on the animalistic instinct of the executors and the crowds of wide-eyed onlookers? Who were the crowd around the two bleeding, flailing bodies, as the young men were thrashed repeatedly and mercilessly?

As reported in a daily English paper, one of the accused said that the DPO, Waqar Chohan, present on the scene goaded the accused into partaking in the violence by saying “Go ahead and kill both of them. The police will claim responsibility for the killings and declare it a police encounter.”

But even if Chohan didn’t give his verbal approval, his presence during the lynching along with the other cops provided a silent nod of approval for the murderers to carry out their fury.

Acts of murder and violence carried out by wrathful mobs have been taking place for centuries. The French Revolution, the brutality that followed through the partition of India and Pakistan, groups such as the Ku Klux Klan, neo-Nazi gangs, religious fundamentalist groups, mobs of ordinary citizens who raise bloody murder against their governments, against other rival groups, against minorities – the list is endless.

Given this horrifying case, the question really is this: Why in God’s name did no one try to stop the atrocity from taking place? Why weren’t Mughees and Muneeb rescued?

Scottish journalist, Charles Mackay, in his book, ‘Extraordinary Popular Delusions and the Madness of Crowds’, says:

“Men, it has been well said, think in herds; it will be seen that they go mad in herds, while they only recover their senses slowly, and one by one.”

From a psychological perspective, men resorting to ‘herd behaviour’ begin replicating acts that the rest of the ‘herd’ is carrying out.

For an individual, being part of a mob, means having a sort of sub-conscious security that no harm will befall him as he is one with the mob.

Sigmund Freud’s crowd behaviour theory sheds light on how when individuals act collectively as a group, their enthusiasm is increased, leading to a breakdown in individual thinking.

This allows collective thinking and a collective approach to overrule. Therefore, the individual stands blinded. He is stripped naked of his self-awareness for those fleeting minutes or hours and this is when he allows himself to be ‘led’ by the herd.

Regarding mob psychology and crowd behaviour, the theories are numerous and intriguing. Once studied, the motives behind heinous acts of violence on innocent people by mobs can be better understood.