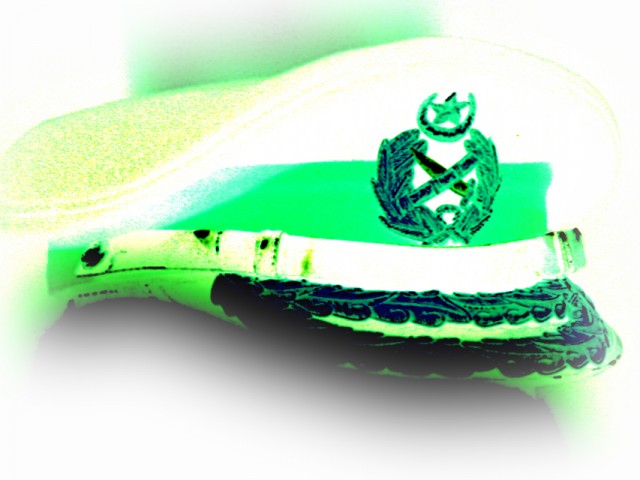 Bringing a dictator in is easy.

Did I hear someone support the next martial law to be imposed by “any patriotic general” who is willing to clean Pakistan’s political mess?

Pure genius! Why didn’t we think of this? Can patriotic general sahib also please fix the economy and increase the living standards of the people? While you’re at it, we would like to request you to uproot feudalism and fix democracy for us too. Oh oh… can we also have Kashmir? Once you clean the mess, you can hold elections and the politicians will take it from there.

Sarcasm aside, while martial laws are now considered a joke in Pakistan, another one simply won’t be funny. The many gifts previous dictatorial rules have left us are bearing fruits, even today. To have another one, that too in a situation like this, would take Pakistan another few decades back.

I have absolutely no respect for regional or religious political parties. I believe that only a party with a national face and outlook can change Pakistan’s future. The reason Pakistan will not experience a people’s revolution any time soon is because of the many divisions that exist within our society. Without a common leadership and agenda, there is no chance of things converging to any single point. That point, mind you, is the revolution.

Bringing a dictator in is easy. If the dictator turns out to be sincere, progressive and honest, that is good. If he turns out to be an individual with a rigid mindset who wants to make Pakistan his Barbie house, then everybody has to learn to live with it. Hence, you can see contrast between institutions and individuals. The only reason we can use the present government like a punching bag is because they are answerable to the public, one way or the other. A dictator has no checks on him. He can get away with breaking the country and selling off vital rivers.

A martial law can be helpful in the short run. If people want to make things stable for the next five months, a dictator may be the answer. But this has been our major drawback. Manipulated by our own emotions, we refuse to plan decades ahead. Every country’s future lies in its institutions. Today, we have a golden opportunity to make things right because we have a strong judiciary, an elected parliament and a legal President. The people sitting in these bodies will leave in a few years but we must preserve the sanctity of the foundations they are laying down.

A martial law is a gamble. Don’t gamble with your future.