What exactly are we teaching our children? 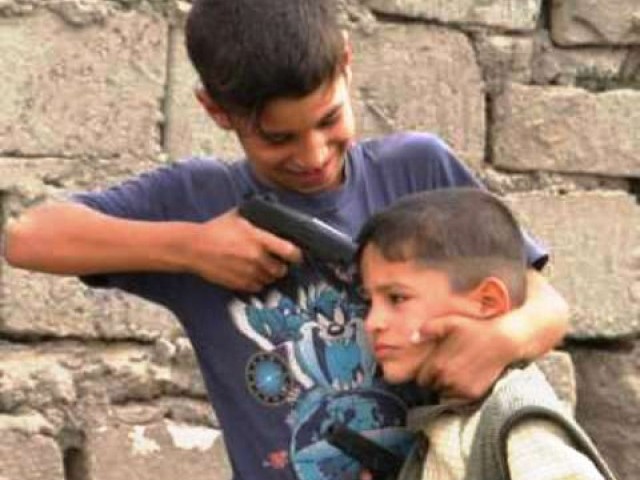 We, as elders, fail to identify what might be going on in their young immature minds, as they absorb each and every detail that we subconsciously tell them. PHOTO: REUTERS

I opened The Express Tribune’s online edition this morning and read a news report saying that an eighth grader shot himself.

Out of habit, I then opened the online news version of Deutsche Welle, a German national radio channel and found a report on how an increasing number of juveniles in India were being implicated in cases as serious as murder.

With instances where there have been juvenile terrorists, and in a time when children decorate the first rows of protests and young ones attack cars and burn tyres, there is little hope for these kids to grow into sane human beings. And when they won’t, we will be the ones to blame for their actions with the reason being ‘too much exposure’.

While a school of thought might believe that children must be made aware of what’s happening around them, it is unnecessary to bring them face-to-face with the violence that surrounds us today.

Watching people self-immolating on the television screens, men and women larruping at public buildings and at each other, students committing suicide because their teachers said something to them or their parents don’t have the time to appreciate them, and other acts of negligence or violence don’t qualify for ‘healthy’ family TV-viewing time.

Children observe and copy. When they question, our sarcastic responses don’t help.

Our convoluted explanations might mislead and confuse them even more. We, as elders, fail to identify what might be going on in their young immature minds, as they absorb each and every detail that we subconsciously tell them. These details and snippets develop the foundation of their future.

I would certainly not want my children to laugh at political and gender-insensitive jokes or appreciate vandalism of buildings, view graphic pictures of gory violence and footages of suicide attacks.

We have to sort it out now; do we want our children to grow up into mentally healthy humans, or do we want to raise aggressive and delinquent individuals.