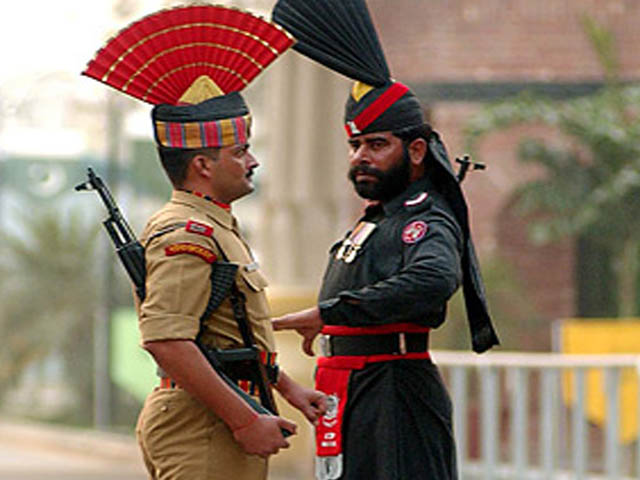 Some say our nuclear neighbour will perhaps never become our best friend.

Is the semblance of prosperity better than the stark truth of being stagnant? Similarly, is the ‘image’ of good relations with India worth the ‘costs’ we sometimes endure?

Some say our nuclear neighbour will perhaps never become our best friend but good regional relations, or at least the assumption of them, definitely have economic benefits for both countries. But India hasn’t made it that easy. Six years since the much-trumpeted composite dialogue was initiated to thaw frosty relations, the trust deficit is as high as ever. In this light, one wonders what good initiatives by the South Asian Free Media Association (Safma) and the Pak-Hind Dosti Manch will do.

Peace delegations from India and Pakistan exchanged visits on August 13 to pay tribute to those who lost their lives for our independence from the British! But one needs to look at the situation pragmatically. Forget resolving the festering disputes, the two governments haven’t even managed to resolve the irritants yet. And if this is about building bridges and narrowing down trust-deficit, the talks did nothing.

Having said that, I do appreciate Safma’s efforts and just as Rome wasn’t built in a day, better relations between India and Pakistan won’t come without consistent and constructive efforts on both ends. Be it the welcoming of Indian movies in cinemas across Pakistan or the debut of Pakistani actors in Bollywood. The steps, even baby ones, need to be taken with due diligence. Better relations could ease our force of troops on the eastern border, allowing resources to be allocated, for example, to establish better anti-flood measures as well as for rehabilitation and reconstruction.

The argument goes both ways, but thinkers and philosophers were the driving force behind the creation of this country. And I would like to think that peace between my neighbour and I is still possible. Maybe not whole-hearted trust, but at least the semblance of normality, stability and cordial relations. What such initatives do give us is hope, and hope is a formidable force indeed.

A reporter for the Karachi pages of The Express Tribune.

Speak now or there will never be peace