Forging a roadmap for peace in Afghanistan 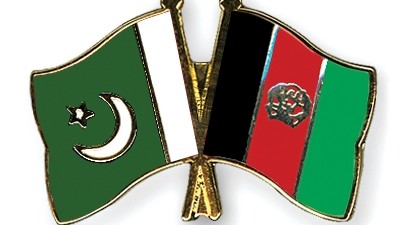 Kabul, Islamabad and Washington have realized that peace in Afghanistan is linked to the integration of Taliban into the mainstream.

General Stanley McChrystal, commander of NATO forces in Afghanistan has once again arrived in Pakistan to “provide an update on International Security Assistance Forces’ operations in Afghanistan,” reads the handout by the American Embassy in Islamabad.  Hardly any substantial information leaks from the garrison city of Rawalpindi of the meetings by General Kiyani and his visitors, except for stories filed from Washington by the New York Times or Washington Post. In a few days the papers will report on how much General Stanley McChrystal appreciated the sacrifices of the Pakistan army but it must do more and flush out the remaining Taliban, from the epicenter of their activities which is constantly revolving and currently holed up in North Waziristan.

General McChrystal’s visit to Pakistan comes as calm winds have once again started blowing east, particularly from the presidential palace in Kabul, after a very long time. When President Hamid Karzai was invited to attend Asif Ali Zardari’s inauguration two years ago, many in Pakistan condemned it rightfully as Karzai’s statements at the time were filled with venom; he once wept in a news conference alleging that Pakistan was involved in the killing of Afghanistan’s children. President Karzai’s tone though has changed since his re-election which was marred by allegations of massive rigging, particularly by his western benefactors. The people who formulate Pakistan’s foreign policy (read: army) fully backed him against Abdullah Abdullah, the former foreign minister and a veteran of the Northern Alliance.

Pakistan also wasn’t shy when it came to accusations. Interior Minister Rehman Malik habitually accused Afghanistan of aiding and abetting the terrorist who were destabilizing Pakistan. The relationship between Islamabad and Kabul will only improve in the coming months following the recent two day jirga in Afghanistan.  The jirga mandated President Karzai’s government to move towards a peaceful solution with Taliban elements and have their names removed from the list of wanted terrorist.  The jirga was marred by a brazen but failed suicide attack, which led to the resignation (sacking) of Afghanistan’s Interior Minister Mohammad Hanif Atmar and Intelligence Chief Amrullah Saleh.

Karzai had long wanted the removal of Mr Saleh in particular. Not only did their ideologies clash but their roadmap for peace in Afghanistan did not coincide. President Karzai has repeatedly referred to Mullah Muhammad Omar as his “brother.” In fact, during his speech at the peace jirga, Karzai spoke directly to Mullah Omar saying, “dear brother, Talib-jan, this is your country, come and have a peaceful life.”  Mr Saleh on the other hand has often equated Mullah Omar with Osama Bin Laden.  Saleh, who was adored by the western security apparatus in Afghanistan, was an element of Ahmed Shah Masood’s security when he was killed by two men posing as French journalists.  His talent perhaps needs to be re-evaluated.

Pakistan will also welcome Mr Saleh’s resignation, as they did not have good relationships with the man either while he was head of Afghanistan’s National Intelligence directorate. Mr Saleh’s post resignation interviews have revealed the nature of his views on Pakistan; clear mistrust.  Pakistan must use this opportunity to rebuild their relationship with the Afghan security and intelligence agencies as both are faced with similar challenges.

Blackwater chief makes a run for it