Splitting atoms: Can your nukes save you? 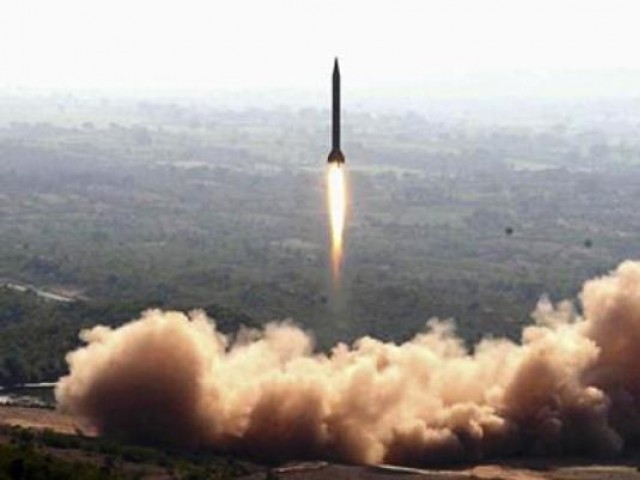 Pakistan’s nuclear program, much like Pakistan itself, is always a headline grabber. And like Pakistan, it’s usually for all the wrong reasons. Certainly, there are all the perfect ingredients for a pot-boiler present –the potential death of millions, espionage, conspiracy, the threat of pilferage and/or outright takeover and so on.

Also predictably, very few of us really see eye to eye on the usefulness of this programme. Those to the left of the political spectrum see it as a wasteful, dangerous and unnecessary tool, while the rightists amongst us see it as an indispensable asset and a laudable achievement. There are arguments to be made for both cases but, as is so often the case, debate degenerates into a shouting match. Lots of sound, fury and personal attacks, but little or no cogent analysis.

So here’s my own, admittedly amateurish attempt at that analysis.

It’s 1972, and a highly demoralised and humiliated Pakistan, shorn of its eastern wing, decides that India’s conventional preponderance simply cannot be matched without a nuclear deterrent. With all the strategic gospel previously expounded by Pakistan’s military geniuses proven to be just hot air, Zulfiqar Ali Bhutto jumpstarts Pakistan’s nuclear programme. Two years later, the Buddha smiles from across the border, flashing nuclear-tipped teeth and sending shivers down the spines of Pakistan strategic planners.

If there were any doubts about the need for a nuclear programme, they were now dispelled. What followed was a coordinated, no-holds-barred effort at obtaining these weapons of mass destruction. The story of how Pakistan acquired this technology is like something right out of Tom Clancy – involving fake companies, good old-fashion humint, and a shell game of epic proportions. Honestly it’s something to be proud of, and we’re in good company as far as this kind of espionage is concerned. The USSR’s N-programme only got off the ground thanks to spies – and spies are what largely keep China’s nuclear arsenal modernized. In fact, espionage is probably one of the leading vectors when it comes to the spread of just about any technology. Of course, in typical Pakistani fashion, what started out as a brilliant international network quickly descended into disgrace and farce when “certain someones” took it on themselves to “allegedly” use that network for international proliferation. The rest, as they say, is history.

Coming back to the programme itself, it is important to realise that it is reactive in nature, just as Pakistan’s 1998 nuclear tests were, coming as they did after India’s own tests. The main purpose of this arsenal is to prevent Indian forces from capturing large parts of Pakistan’s territory. As such, Pakistan’s nuclear doctrine must logically remain ambiguous and the nuclear threshold – the red line beyond which the use of these weapons is allowed – undefined. This also means, of course, that the Pakistani nuclear doctrine is almost 100% that of first strike. This is precisely why President Zardari’s comment about proposing a no-first-use pact with India created such a flap.

Let’s examine that doctrine a little more: in a large-scale Indo-Pak military conflict, India will certainly not opt for first strike because its preponderance in conventional arms means it simply won’t have to. The situation is different when it comes to Pakistan. An outgunned Pakistani military, faced with the prospect of Indian troops marching in, may well opt to blast a troop formation – or logistic hub- with nuclear weapons. This will be what is referred to as a tactical nuclear strike, and will likely (initially at least) target only military assets. Of course, once the first strike is in, India will retaliate on ‘strategic’ targets – effectively obliterating major cities. If Pakistan still has the capability of a second strike (which the diffused nature of the nuclear programme is aimed at ensuring) then Indian population centers will very much be on the target list. In the end, millions will die and the survivors will face plague, famine and a lingering death. No one really wins a nuclear war when both sides have nukes (imperial Japan, I’m thinking of you).

Here then is the sub-continental version of Mutual Assured Destruction (MAD), the concept that kept the cold war from getting, well, toasty. Of course, nuclear deterrence didn’t keep the USA and USSR from using the rest of the world as a proxy battleground and every once in a while, nuclear brinkmanship did in fact bring us all perilously close to annihilation. Still, an argument can certainly be made that without MAD, the Warsaw Pact would have used its conventional superiority to roll over Western Europe.

So does MAD apply to the subcontinent? Yes and No. It’s true that there have been no ‘real’ wars between Pakistan and India since the nuclear tests, but in 1999 our military leadership decided in all its wisdom to go ahead and capture Kargil, expecting that it wouldn’t lead to a full mobilization of Indian forces and that the Indian high command would take it as a fait accompli. Clearly an over-reliance on the deterrence value of nuclear weapons was a major factor in this calculation. It was a good idea, except that it really didn’t work. India mobilized, Pakistan reportedly started arming its nuclear weapons and then daddy Clinton had to step in and cool things down. The lesson here is that possessing nuclear weapons is NOT a license to do as you please, or to wage proxy wars with impunity. Another lesson here was that while Pakistan’s nuclear threshold is ambiguous, so too is India’s conventional threshold. Translated this means that while a formal armed incursion into Indian territory will certainly be a causus belli, so too can be action by non-state actors. Harken back to the attack on the Indian parliament in 2002 and you’ll see what I mean. The bottom line is that nuclear weapons can impose a (fairly cold) peace, but try not to push your luck – or someone may just push the button.

Now, let’s move beyond the military and tactical to the global and geopolitical. One thing nuclear weapons can do is prevent forcible regime change by outside forces. For example, if Saddam had actually possessed nukes, you can bet your bottom dollar he’d still be twirling his impressive moochis on Baghdad TV. Same goes for Gaddafi. In fact, despite western rhetoric about how no one but them should have nukes, I am yet to hear a single reason why a state that considers itself in danger of foreign invasion should not want to secure itself with nuclear weapons. I mean, just look at North Korea: the Kim dynasty has successfully alienated every single friend it ever had, sees its citizens starve on a daily basis and is generally despised by all and sundry and yet manages to cling onto power. No one really wants to topple them, and certainly no one considers military action against Pyongyang simply because they’re pretty sure the Kims will let the nukes fly if they tried.

So yes, nuclear weapons will prevent a full-on invasion, but they won’t prevent covert operations by your enemies and their internal allies and certainly will have absolutely no effect on internal dissent. In simpler terms, they’ll hold the infantry at bay but not the insurgents. They’ll keep Amreeka’s army off your back, but not your apna awaam. Even if Hosni Mubarak had slept on an enriched uranium bed every night, it wouldn’t have meant anything to the Tahrir Square revolutionaries. The corollary of this is that nukes can and do give even the most odious regime a degree of longevity, and if one such regime did come to power in Pakistan, well, don’t expect any foreign intervention to get them off our backs.

Another thing that nukes won’t do for you is to prevent your country from falling apart around your ears. It didn’t work for the USSR, and it won’t work for Pakistan either. Some can and do argue that the cost of developing, storing and maintaining nuclear weapons is in itself intolerable for a country like Pakistan, but that argument assumes that whatever money may have been saved by not developing nuclear weapons would have instead been ploughed into development. If you believe that, given that the lion’s share of the budget historically goes to the military, then I have a wonderful bridge in Brooklyn that I’d like to sell you.

No, that money would have simply resulted in the purchase of more tanks and more planes – not in the building of roads, schools and hospitals.

So finally, it’s a sad fact that nuclear weapons do seem to be a necessary evil while living in a highly militarised part of the world. But these weapons are simply a means to an end and not an end in themselves. Given that we now seem to spend more time and effort on protecting the weapons that should be protecting us, now may be a good time to figure out exactly what that end is.