Entity Paradigm: Can one milk a dead cash cow? 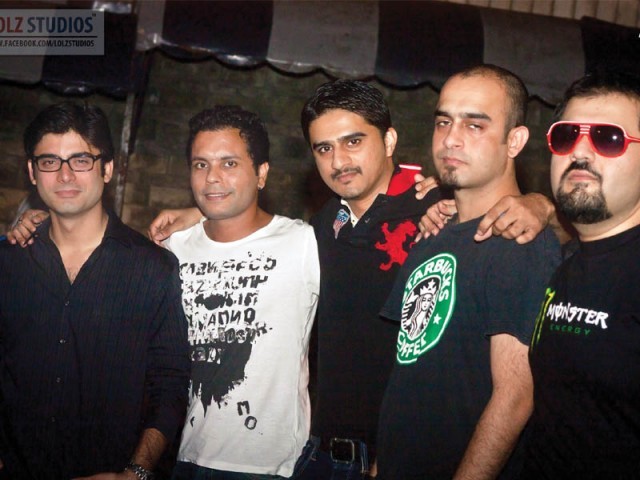 Ahmed Ali Butt has said that EP will carry on without Fawad Khan and Waqar Khan. PHOTO: FILE

In Weekend At Bernie’s, the two protagonists spend the whole duration of the film carrying around the corpse of their boss Bernie, trying to cover up his death. The same seems to be the case for Ahmad Ali Butt taking over EP with Fawad Khan and Waqar Khan having recently left the band. The band has died but Mr Butt wants to carry its carcass around pretending that there is still life in it.

EP for all intents and purposes died when Zulfiqar Jabbar Khan aka Xulfi the main creative force left the band to form Call. In the last few years with only one new song released, EP traded on past glories and still did quite well for themselves on the concert and sponsors circuit. The band traded on the significant charisma of frontman Fawad Khan. Khan recently went supernova with “Humsafar”, and the band was always going to get overshadowed and subjected to his star commitments and persona. It was only a matter of time that he Asher-ed out. Sure enough he has now left as has Waqar Khan who was last seen two-timing with Ali Azmat. The last bits of life have gone out of EP.

Cue, Ahmed Ali Butt announcing that he shall carry the EP name on with fellow original members Hassaan Khalid (guitars) and Salman Albert (multi-instruments.) I asked Khalid why continue when the band would in effect now be a cover band as the real creative force had left. He said that after nine years they felt they should continue the EP legacy. Legacy ? After only one album? With the main men who were responsible for the legacy having left? This is as bad as Gilby Clarke announcing that he shall carry on the Guns N’ Roses name after Axl and Slash announce they want to leave the band.

I pressed further and Khalid was forthcoming enough to admit that they had done quite well with the EP name for the last several years. I queried what about new music. I was told that they would be coming out with a new song soon which has just been recorded in Albert’s studio and they are now waiting on Bilal Lashari for the video.

I wondered out loud why he with Butt does not revert to the latter’s abortive band Rubber Band as Butt once did for a while. Surely no one would begrudge them if they covered EP song still. “But legacy…,” Khalid repeated. “Cash cow,” I thought. Dead cash cow actually. Made me wonder if one can continue to milk a dead cash cow? Should one do so, even if it were possible? It’s about integrity methinks.

But then again Butt sahab once famously rapped that he was a “white(!) boy  coming straight from the L town.” Guess if he can proclaim to be white, he can surely proclaim integrity demands that they continue and that he can now sing. I mean if the hopeless Goher Mumtaz can make a fist of thing in Jal still, why can’t he. Butt surely has the genes for singing (being the legendary Madam Noor Jehan’s grandson) but I remain apprehensive on the evidence of Rubber Band.

For now, with EP it seems that one will have to deal with the long goodbye. The talent went out of the band with Xulfi. With Fawad the charisma left too. What is left behind is residual and weak ie Ahmad Ali Butt. The united EP managed just one album and what a great album it was. I in my exuberance once called it the greatest album ever released in Pakistan. My impression may have weakened but my affection for the album has not. It is that affection that makes me suggest that the decent thing regarding the band’s ‘legacy’ would be to not tarnish it and to call it a day.

Is a Barrister-at-law and Managing Partner at Qayyum & Associates Lahore. He has been an avid music critic for 10 years and tweets @maqsimillion