How NGOs can really help 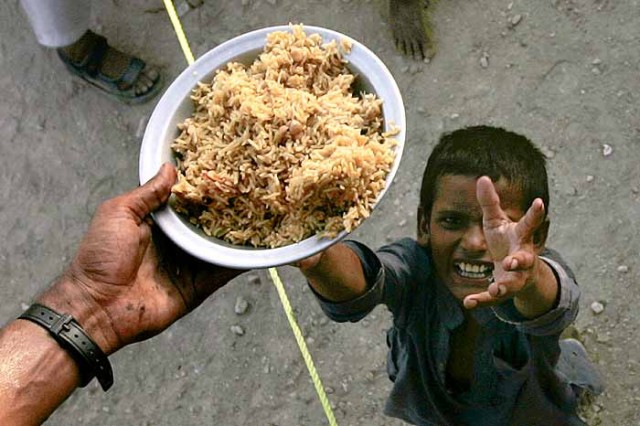 Although Pakistan has a long and tragic history of devastation through natural disasters, the Government has never developed any substantial programs to prevent or monitor the possibility of future destruction. Pakistani and international NGOs as well as international donors are often left making up for the incompetence of national institutions, raising funds and resources to save the poorest of the poor in dire situations.

Currently, international aid to Pakistan is arriving slowly, but it’s clear that a substantial amount of money will be coming into the country in the next few weeks or months. Most people who have donated to these organizations can rest assured that their monetary donations, blankets, tents, clean water, canned foods, medical supplies etc., will be extremely critical in providing short-term relief to many of the flood victims.

However, aid can easily become inconsequential and ineffective if Pakistani as well as international NGOs are not conscious of how to make their efforts part of a larger and long-term strategy for disaster relief in Pakistan – and that doesn’t mean just floods.

Often various types of donations collected through immediate relief responses are misused or wasted – money just isn’t going to the right places. This is partly due to the fact that organizations have to respond quickly to these disasters and lack the time to properly organize themselves, but also because most of them have a tendency to work in their own individual spaces, disconnected from the efforts of others and not necessarily focused on goals that extend beyond their own interests. Some even get caught up in territorial wars, competing with each other for “most funds raised” or “I have the most volunteers” status. This is not to say that any of their efforts are wrong or are done with bad intentions, but rather that these groups get caught up in conducting their own missions, and may not necessarily be providing aid based on what a community actually needs or what could be a larger, more inclusive community goal. Most of these flood victims know exactly what they need to survive but just don’t have the means to get this kind of help. This is where NGOs should come in.

NGOs can help strengthen communities and can set them up for future success, but this requires working with multiple individuals and organizations to ensure sustainability and stability. It’s probably useful to first start off by asking flood victims what they need. How have their livelihoods been affected by the floods? What would help alleviate the situation so that they can continue to provide for their families and how can NGOs help facilitate this?

It’s not just about bringing in a cool new gadget (such as an expensive early warning system for floods that no one can really afford), but is about first asking these communities if they really need it. If so, organizations should focus on empowering these people to develop their own technologies, to adapt it to suit their needs, to implement it, and then NGOs can help create diverse local organizational and community networks to collect and distribute those materials cheaply and through those local networks. This decreases a reliance on international aid – or even the Government’s help – and puts the community in control over their own survival.

Organizations can help facilitate these efforts by finding local champions who care deeply about the issues and who can be held accountable for working with local Government officials, businesses, organizations, energy providers, etc. Multiple NGOs could greatly maximize their impact if they spent some time working together to design larger networks of individuals who are benefitting communities in different ways so that aid is not doubled or wasted, but helps directs funds and resources appropriately so that people get what they need.

Later, if the Government feels like participating, they can also take on the role of a facilitator, so that no one ever again has to unnecessarily rely on an unstable, detached government to take care of massive devastation.

A professional in the social sector, who has an MA in International Relations from the University of Chicago, and is now getting ready to make her way back to South Asia, hoping to make some serious social change

A collective approach for good