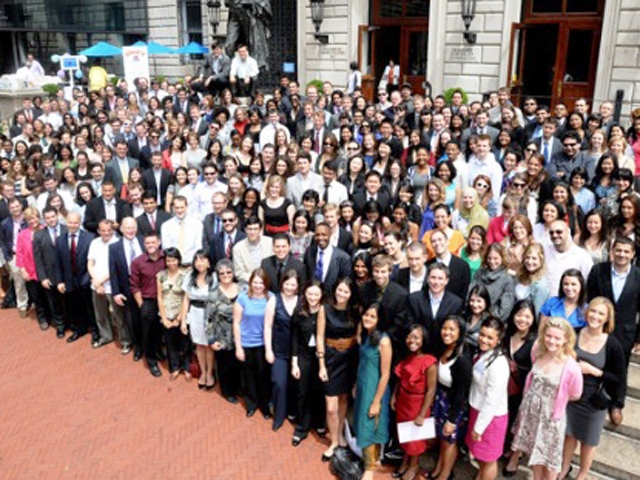 I left for New York last summer for an MS in print journalism at Columbia University’s School of Journalism. I was super excited. This is it, I’d thought, this is my lucky break. I thought everything would pan out once I returned to Lahore, my home city in Pakistan.

During my program I nurtured big dreams while I adapted to the ways of city life in New York. Back then, I’d failed to comprehend why some of my class fellows voiced their bitterness about paying heavy fees for a ‘futile’ journalism degree. Some of them thought it was a waste of time, while others, burdened by their student loans, considered quitting. I understood where they were coming from – after graduating the following summer in 2010, they’d need to be employed to begin paying off their loans.

In the fee department, I was safe. Scot-free. I was on a full scholarship. Thank God for that. If I had the stress of being lumped with an enormous student loan, I would’ve had a nervous breakdown at some point during my program.

Perhaps being on a full scholarship continued to foster my lofty, naïve dreams of bagging a great job once I landed back in Pakistan.

And so it was, I got through the J-school, an internship in my second semester and my thesis, wearing rose-tinted glasses.

Minor depressions, assignment pressures, and occasional bouts of home-sickness I handled to the best of my abilities. On bad days, I’d reason, I’d rationalize. I’d tell myself to look at the bigger picture: returning to Pakistan and being garlanded by jubilant, potential employers at the airport.

But I was wrong. As soon as I landed, I hit the ground running. I applied everywhere I could think of. Friends told me to take a break, to take some time off before I put myself out in the job market – but I couldn’t wait. I was impatient. I wanted to teach and write.

I felt ambitious and giddy. On a personal and professional level I had changed. I knew I had. And that change, my inner change, I had mistakenly reflected onto everything else.

I thought my external world had undergone a change and a catharsis too.

But a naïve belief and mawkish sentiment had unfortunately wronged my better, sensible judgment.

So, I went through the usual rigmarole of interviews. But nothing significant came through. This time around, it felt worse.

Stay professional, I had urged myself. Nonchalant, unfriendly interviewers made their small-talk which felt too personal. My worst experience was perhaps being interviewed by an obnoxious editor who, on the day of my ‘trial week’ blasted his small team right infront of me, and then spoke to me in a belittling tone. He was in a foul mood that day, and his temper left my mouth dry. And to think, I wasn’t even hired yet.

Politely excusing myself from his office, I walked out, grabbed my bag, and went straight down to the parking lot. I left with no intention of being part of a team where the editor found it necessary to treat his staff like crap. No matter how prestigious his publication may be, I’d rather go hungry than be treated like dirt for no rhyme or reason.

The trouble is, I want a job on merit. I simply refuse to go through the ‘get a job through a contact’ route. And plus, I don’t want any favours. Call it pride. But as of late, I’ve been coaxed by a few close, supportive friends to hand over my resume to them.

Before I left New York, someone I know told me how fearful she was of not landing a job before graduation. She’d been moved to tears one evening, as we walked slowly out of campus. It had been a long, tiring, dreary day. As much as I wanted to, I couldn’t relate to her unease.

But now I can. In Pakistan, a friend of mine recently bagged a job months after his return from the United Kingdom. And that’s just one example.

The job market everywhere is in a devastating slump. Maybe employment will feel sweeter after this rough patch. But then again, maybe it won’t.

For me, as one of the many unemployed j-schoolers?

I’m going to try my hand at fiction.