The true meaning of love 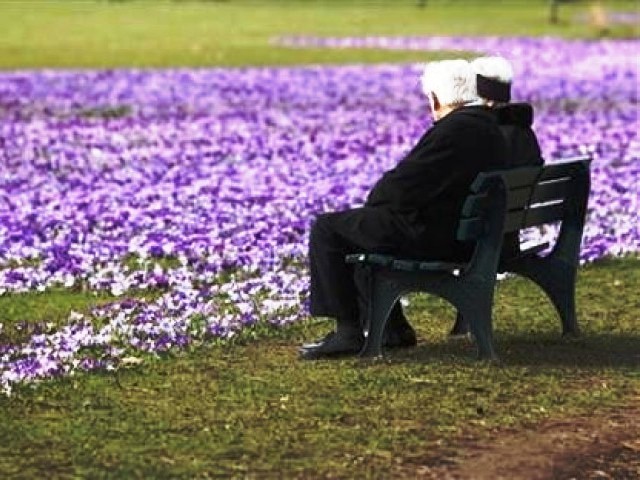 I have always pondered upon how strange it was that a bond called ‘love’ could connect two people in such a way that they are inseparable no matter what the circumstances may be. PHOTO: REUTERS

She was 78 years old; fair, tall, elegant and beautiful. She had been in a relationship with her husband for 60 years, yet their love seemed fresh – an awe-inspiring bond that spoke of young love.

I first saw her when her husband brought her to the hospital for a general check-up. What a sight they were; him ever-smiling, with a tinge of pride as he pushed his wife’s wheelchair. A sense of satisfaction and contentment emanated from them.

She was suffering from osteoarthritis, and was0 visiting a physician under whose supervision I was doing a research project.

A few weeks into the treatment, she began to show signs of improvement and thus the doctor changed her medication. We began to see her quite frequently, sometimes twice a week.

Despite the fact that her husband had to travel long distances, he refused to take his wife to just any other hospital. He wanted only what was best for her, regardless of the pain and hassle that it cost him.

I have always pondered upon how strange it was that a bond called ‘love’ can connect two people in such a way that they are inseparable no matter what the circumstances may be.

My experiences in life had led me to the bitter reality that there can be no feelings without strings attached; there was no such thing as unconditional love. Having been infatuated by someone, I happened to receive a harsh reality check before falling in, what is known to many as, ‘love’.

Oddly enough, a glance at this couple, their beautiful bond and their silent understanding completely changed my perspective. They made me realise that there was another side to reality – a reality where some people become the centre of another’s world; they become the reason their lives are worthwhile. This couple showed me that love is not just a fairytale, it is a reality.

A few weeks later, I happened to see this couple at the clinic again. However, the woman seemed very pale and you could tell that her disease had slowly started eating away at everything that was a part of her personality.

Time, however, went on and whenever I got to see this couple during work, they greeted me with respect and love.

One day, I had the opportunity of enrolling the woman in my research project, and to follow up on her condition I gave her husband a call. That’s when he told me that following complications of hypertension, his wife had passed away the week before.

As he said this, his voiced shook and he broke down. It was the first time in over four months that I had known him that he had shown any emotion. His pain and the defeat in his voice made my heart ache.

He cried on the phone, for what must have been the longest few minutes I had ever known. He told me how vacant his house and heart had become; how he skipped meals and could not find any solace in his sleep either. As he said this, it required every fibre of my being to hold back my own tears.

I often question how people cope with such great loss; how they are able to gather enough strength to recuperate from such traumas in their lives.

What is it that makes them carry on and not give up?

What part of life does ‘love’ occupy and which part is it absent from?

Then I realised, a young energetic couple showing affection publicly is not what love is. It’s when a time span of 60 years just isn’t enough time to be with each other.

I’d like to thank this lovely lady’s husband for permitting me to share their story and I hope it shows people, as it did me, what the true meaning of love really is.