They do leave, Mr Prime Minister 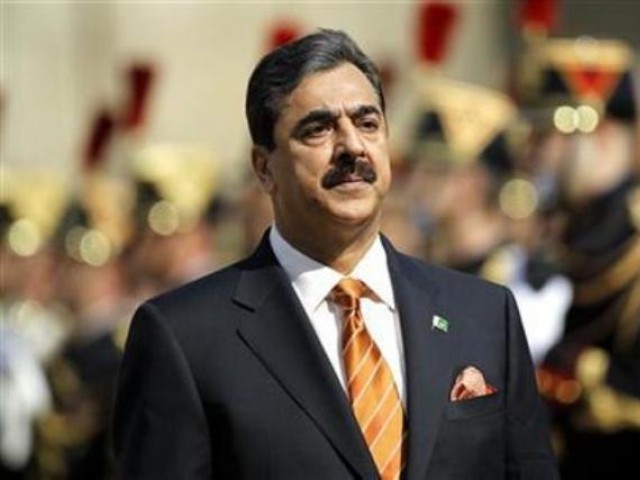 In the past three years, the number of illegal immigrants caught crossing the Evros river into Greece has gone up by over 500% - most of those arrested are Pakistani. PHOTO: REUTERS

Despite calls from Pakistan’s opposition to step down or be ousted, Prime Minister Yousaf Raza Gilani  is still in charge. Fresh from his triumphant reception outside the Supreme Court, Gilani took on a different kind of challenge when he sat down for an interview with CNN’s Becky Anderson last week.

I have to say, the prime minister has come a long way since his television debut as the bumbling leader of a parliament of dunces.

Throughout the CNN interview, he sounded confident and combative. His answers were mostly canned responses to the usual canned questions about Pakistan, terrorism, the economy and so on.

Everything seemed to be going fine until the interviewer asked him about a Gallup survey saying that 1/3 of Pakistanis want to leave the country.

He responded by saying,

Why don’t they leave then? Who is stopping them?

This was followed by a smug smirk that seemed to say, “Bring it on!”

Well, Mr Prime Minister, here’s a news flash for you: They do leave.

After watching the interview, I was immediately reminded of an experience I had about 10 years ago.  I was on a flight from Bangkok to Karachi, visiting my hometown after almost six years.

As I settled into my seat and buckled up, I found myself sitting next to a young Pathan man no more than 18-years-old, sporting a fresh bowl cut and wearing a tattered cream coloured shalwar kameez.  As the plane took off, he asked me where I was coming from.

At that time, anti-immigrant sentiment was high in the United States, and deportations had skyrocketed; thanks to the post-9/11 special registration process.

The young man asked me if I was going back to Pakistan because of the haalaat (situation) in the US.  I told him I had a green card, and I didn’t have to worry about that issue.

He then told me that his father and brother were on the run in New York, trying to duck from the authorities.  They had been providing money for the family’s survival for over a decade, and that was now in jeopardy.

Curious, I asked him if he was coming from Amreeka too.  He responded, rather casually,

(No friend, I am coming back after being deported)

He then told me about his journey from Swabi to Karachi, where he bought a one-way ticket to Laos, which surprisingly doesn’t require visas for Pakistanis.  His plan was to sneak out of Bangkok airport during his layover, where a human smuggler would be waiting to take him to his new home and job in Thailand.

Of course, this probably wasn’t the first time Thai authorities had encountered such a situation, and he was promptly booked on the first flight back to Karachi.  He lost over $5,000, and more importantly his dignity, in the process, and here he was headed back to a place that couldn’t provide a future for him.

As we got off the plane, and I saw him being taken away by the police at Karachi airport, I couldn’t stop thinking about the extent people are willing to go to run away from Pakistan.

That young man isn’t the only one who tried to leave; Pakistani men escaping to Dubai and the rest of the Middle East on ramshackle boats is old news. The new frontier seems to be Europe.

In the past three years, the number of illegal immigrants caught crossing the Evros river into Greece has gone up by over 500% – most of those arrested are Pakistani.

The problem isn’t restricted to impoverished young men from rural areas either.

I went to a middle-class school in Karachi. While I left before high school to live with my family in the US through legal channels, most of my friends stayed in Pakistan to complete their college educations.

Now, as I reconnect with my friends through the miracles of social networking, they are scattered all across the globe in search of opportunities not available in their homeland. They are in Dubai, Jeddah, Seoul, Moscow, Baku, Dublin, Berlin, and some town in Italy I had never heard of.

A large portion of the population lives under the poverty line. By some estimates, the unemployment rate is as high as 15%, and that doesn’t even take underemployment into account.

For those lucky enough to have jobs, per capita income is one of the lowest in the world. Inflation rose by a whopping 13% last year.  No one is safe, whether it’s drones raining down missiles in FATA, or gang warfare taking innocent lives in Karachi. With damning statistics like these, who wouldn’t want to leave?

And given that 35% of the nation’s population is under the age of 14, the problem is only going to get worse.

So again, Mr Prime Minister, they do leave.  Some get turned away, but most get out successfully.

Instead of complaining about the judiciary’s activism, or flip-flopping on closing NATO routes, perhaps the prime minister would be better served trying to figure out how to keep his people at home.

A Pakistani who is currently living in the United States. Mohib works in the field of digital marketing and tweets @NishtarPark