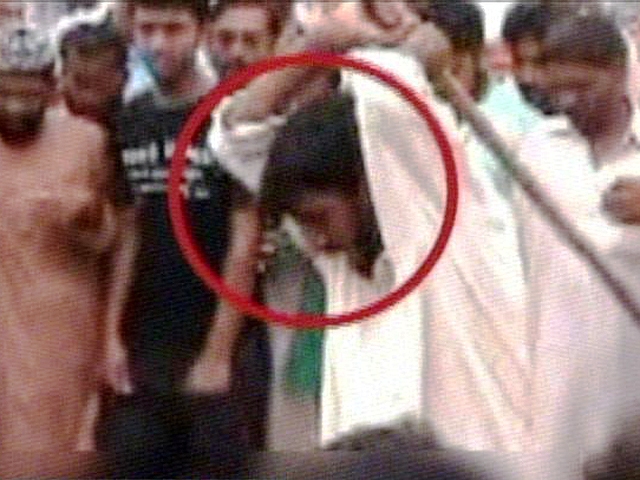 The video depicts two kids getting beaten up by almost everyone that could fit into the view of the camera.

I first heard the news on Facebook – I caught a friend ranting about a video of two boys in Sialkot getting brutally beaten to death in my feed. The internet has done its fair share of damage to most people’s minds morbid curiosity drove me to see what the video was about. It wasn’t exactly hard to find since violence has the potential for instantly going viral on the net.

The video depicts two kids getting beaten up by almost everyone that could fit into the view of the camera. Around the end, there is even what appears to be a 9-year-old child, who takes a shot at one of the wounded bodies. The video itself did not really affect me but what I found most disgusting is the train of thought that led to an instance of brutality that would put all of Fred Vogel’s filmography to shame.

Apparently, the two boys in question had gotten into a fight over a cricket match the previous day and just as they were headed out for another match after Sehri the following day, they were ambushed and once the townsfolk and the police noticed, the perpetrators blamed them for theft so they could get out of it. The police and townsfolk, in a fit of moralistic glory, decided they would let it continue and join in. The video probably originates from one of those knights of morality.

It is not hard to make random generalizations about the whole of mankind and philosphise that humanity has breached yet another boundary seeing how most people reacted to the video. Right there in the comments section on both Youtube and Facebook, I could see people questioning things like whether Pakistan deserved independence at all. Some people went as far as to chalk the recent floods up to our alleged immorality.

Although, I will refrain from making any meta-narratives out of this myself, I will say this; the video really does put things like the recent bombing of the Ahmadi mosque in Lahore and the tide of religious violence in Southern Punjab into perspective for us. We have  always been quick to ostracise anyone that demonstrates the weakness of our perfect little world and branding the perpetrators animals will not solve anything. We need to own up to the fact that the perpetrators arose from amongst us.

As I mention earlier, we must consider the train of thought that led to the incident. With the media projecting on to people that all hell has broken loose and that there is no law, it is not surprising that people would react this way. The conduct and the subsequent images of the police does little to help things, of course. With popular religious opinion by people’s side, I think the perpetrators found good reason for subjecting the two “filthy dakoos” to divinely sanctioned justice. After all is said and done, as long as a majority of the country, willingly or unwillingly, shuns reason in favour of this extremist sense of morality and justice, it is likely we will see such a tragedy again.

A student who plays for metal band, Berserker and blogs at The Iron Markhor.

The lack of punk rock in Pakistan