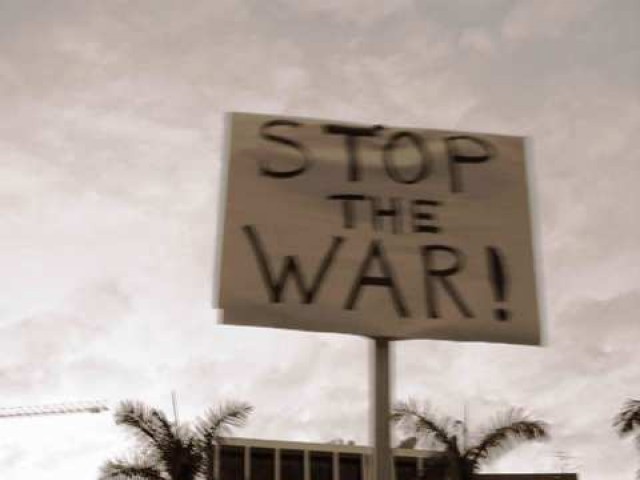 I dreamt of a destructed land last night,

Walked around and met a wounded child,

She was lying in between dead people,

It was the oasis last night, she said in a pained voice,

I was playing with my brother before he died,

My father and mother kissed me before they were murdered beside me,

I had a brother like you, but he was killed last night,

Such is the case with all the girls after the oasis converted into a graveyard,

I walked ahead and met a crying mother,

We were sleeping last night, she said frantically,

Her body is lying naked in the corner,

They were people just like humans, but had the devil on their mind,

They rushed into my house, and killed all the humans inside,

I had a family just like yours, everything finished last night.

Such is the case with all the mothers after the oasis converted into a graveyard,

I climbed up a mountain and met an angry old man,

It was a lively place just last night he said, in an angry voice,

What did they achieve, killing my child?

Answer my questions! What are they fighting for?

I’m waiting for my son but I know he will not come,

Because I know someone else’s sons have killed my son,

I had a son just like you. He was chopped into pieces last night,

Such is the case with all fathers after the oasis converted into a graveyard,

Suddenly my eyes opened and I thought what a horrible dream that was,

I saw innocent eyes full of tears in memory of their loved ones,

I found two enemies engaged in a war

I asked why they were fighting but all I got was,

I stared down at tearful eyes and asked what I could do to help, all I got was,

All I ask is to stop the war,

Stop the war before the world turns into a graveyard,

Stop the war before there aren’t any more tears left to be shed.

No fathers, mothers or sisters.

The author belongs to a small village city in Mirpurkhas called Digri. He is a student of Management and International Business and studied at Webster University for 2 years and is now heading to the University of Sunderland. He is interested in writing about atrocities of war, culture of Pakistan, different political issues and problems which the country is facing, drones, killings in Karachi, abduction in Balochistan.