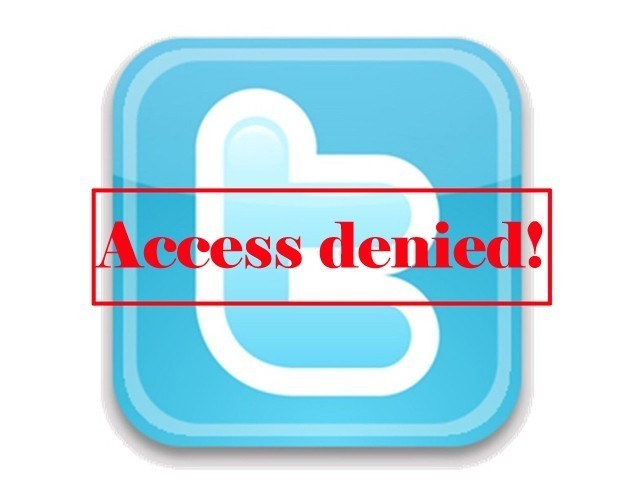 Two years ago, a ban on Facebook was enforced in Pakistan. Yesterday, Twitter was blocked by the Pakistan Telecommunication Authority. Do you see a pattern here?

The reason for this ban – which was lifted within a day by Prime Minister Gilani was that it was against the ‘promotion and encouragement to participate in blasphemous contests’ through Twitter.

Here’s my first argument: if such contests are being held by some people around the world, how exactly will Pakistan’s suspension of Twitter stop the practice?

How does barring people from any site accomplish anything, leave alone the discontinuation of the allegedly ‘offensive’ content?

Coming to my second argument: what ‘blasphemous contests’ were being publicised on Twitter that were only visible to the PTA, but not to those who are logged onto to micro blogging site 24/7?

For those who are not aware, let me explain; Twitter is a site where any much talked about, controversial topic appears on the sidebar as globally or locally ‘trending’. To my knowledge, these blasphemous contests did not appear on that bar yesterday.

Thus, the reasons given for the ban is seen as more of a precaution rather than a valid explanation.

Although the ban was removed within 24 hours of its enforcement, the hullabaloo created yesterday reminds us that internet censorship is a subject that needs to be taken seriously in Pakistan.

Since the advent of social networking sites, many in Pakistan have found a medium where their voice can be heard. People can now easily vent their outrage publicly. They can exhibit their anger and criticise the legislative, judicial and executive organs of the state. In addition to this, they can express their discontent with the military establishment and intelligence agencies. Never before were we so liberated to say what we want.

Moreover, the internet has revolutionised the transmission of information. Knowledge of global, political, social and cultural happenings are now discussed as soon as they happen. Nothing can remain hidden from the public for every long.

The government, however, retains the trump card; they have the power to define a broad term like ‘objectionable content’ and they often misuse this authority to cease access to the internet for no apparent reason. Decisions are taken in ‘the best interest of the public’, and are posed as social control, when they really are government-foisted constraints to preserve the profitable ‘political equilibrium’.

Taking into account that religion is the most dangerously sensitive pulse of the nation (and the most handy tool in Pakistani politics), the authorities banned this website for a small fraction of the population that uses the internet. They used the guise of religion (‘blasphemous, objectionable content’) since it is the easiest tool that will further their aims to silence. See how they are limiting us?

We should not let this happen.

Stand up in support of freedom of expression.

Stand up in support of freedom to access of information.

Stand up in support of banning internet censorship.

We deserve the truth – the whole truth.

At a time when Pakistan is practically a pariah state, (a time when the internet is a powerful tool for revolution), we cannot afford and must resist internet censorship in any form.

Not only will this practice deprive its citizens from their right to freedom of speech, expression and information but also virtually, further isolate Pakistan from the rest of the world.