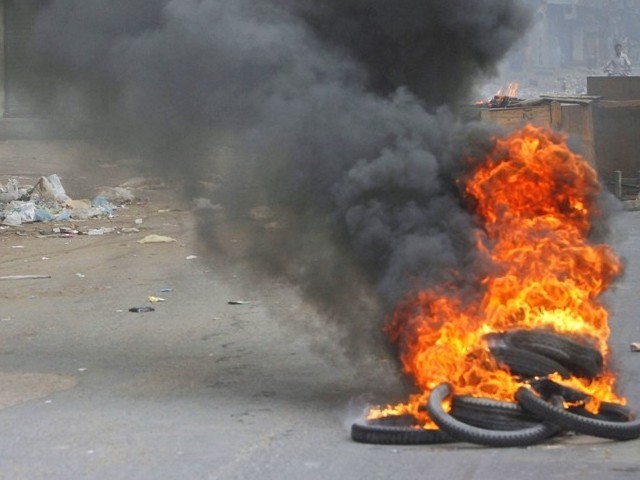 May 12 was a valuable learning and training experience. As a citizen, however, it was a painful one as many innocent lives were lost. PHOTO: REUTERS / FILE

People often ask me if it is too risky to be a reporter.

“Not really”, I tell them, “but if you try to be too adventurous, you can get killed.”

I didn’t think of reporting this way until I covered the massacre of May 12, 2007 — a day I will never forget for many reasons: bodies lying in pools of blood, ambulances transporting the wounded and dead, powerful display of firearms by political activists, no policemen for the rescue and escaping bullets. Had I not been adventurous, I would have missed out on what I now consider a lifetime reporting experience that came at great personal risk.

The then-deposed chief justice of Pakistan (CJP) was due in Karachi to address the Malir Bar. Almost every reporter in the city was deployed to cover the most important news event at the time. I followed political rallies going towards the airport in excitement thinking I would come back with the CJP’s convoy. But I failed to calculate what was coming next.

Crossing Malir Halt, I saw that a political party had blocked the entrance to the airport with containers, buses and water tankers. I managed to cross the blockade using my press card, but the CJP’s supporters did not and soon the place turned into a battleground as activists traded fire.

It was one of those unusual days when my editor, like my father, worried about my safety telling me to leave the area and I had to lie to my mother about my location and tell her that I was safe.

Trapped in crossfire, missing bullets by inches, I took shelter underneath a bus along with the bus driver. But an activist advised me to go to the airport or I may get killed. I then tried to enter the airport but was stopped by armed political activists. I tried to exit via the old terminal route but that, too, was blocked. Luckily, one activist let me into the airport after I used the reference of a political figure from his party whom I had interviewed in the past.

I didn’t get the chance to leave until late afternoon when there was a lull in the firing.

As a journalist, looking back, May 12 was a valuable learning and training experience. As a citizen, however, it was a painful one as many innocent lives were lost.